Community Posts with Keyword Caster of Okeanos All 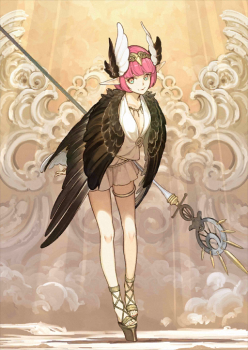 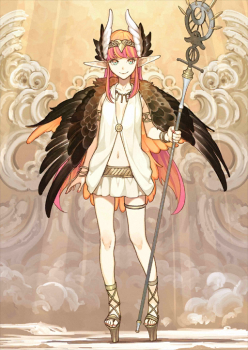 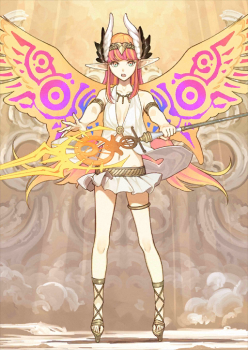 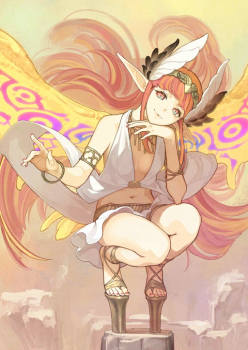 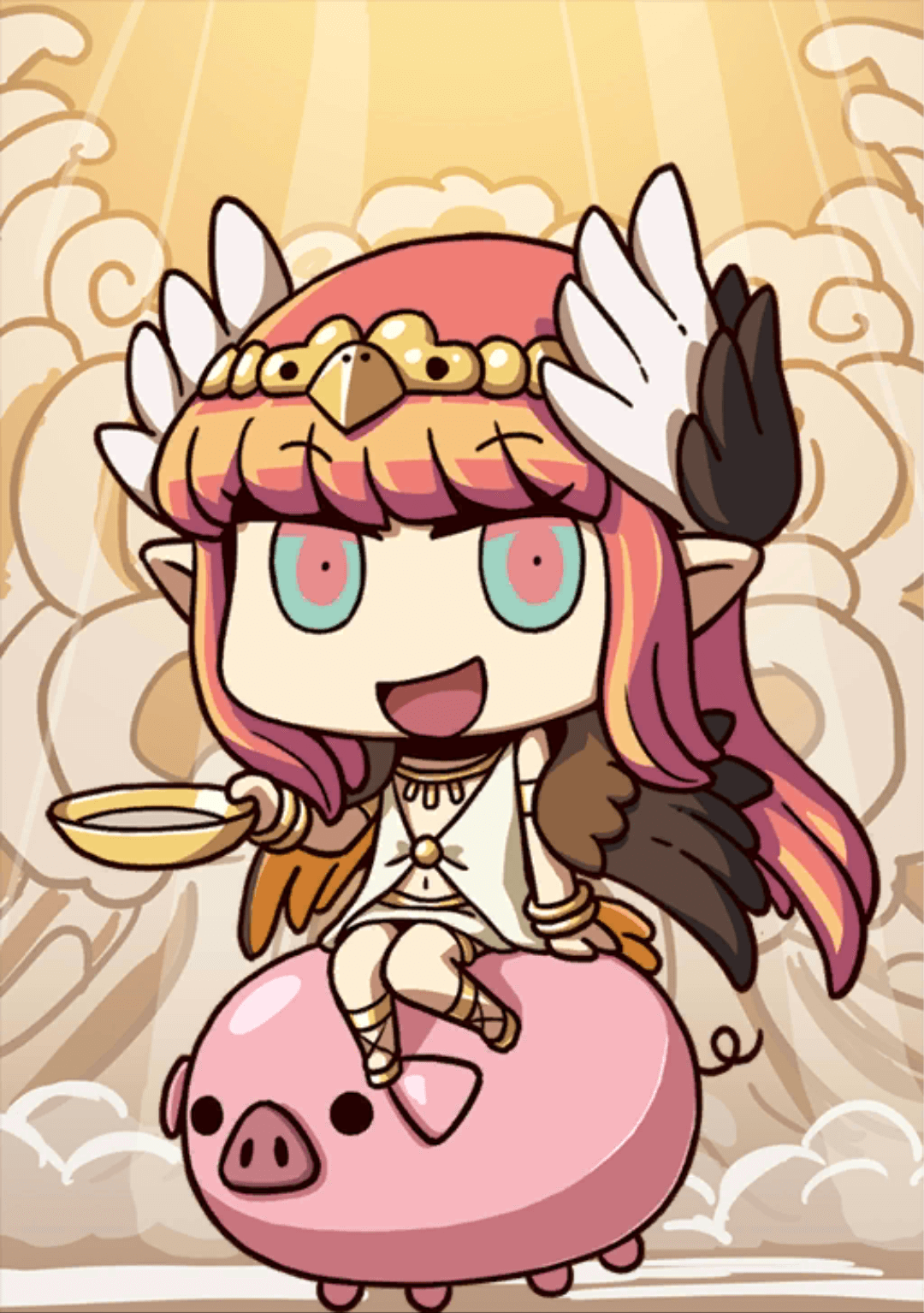 Rapid Words of Divine B

“I love you so much that I want to turn you into a piglet…...seriously.”

A witch of temptation who seems to be friendly and loving on the outside, Caster of Okeanos is notorious for turning the men abusing the hospitality of her islands into cute tiny piglets. On the battlefield, she is a damage dealer boasting an on-demand instant single target Buster NP, powerful utility through her unique Pigify status, and access to rare teamwide debuff cleansing.

Caster of Okeanos’s general gameplay revolves around her Noble Phantasm Metabole Piglets, a single-target NP which happens to Pigify its target, triggering a special stun effect for 1 turn. Caster of Okeanos is able to create this merry spectacle immediately through Rapid Words of Divine’s on-demand full 100% NP charge, a skill many can only dream of having. Tactically, Caster of Okeanos thus has great freedom regarding Craft Essence choices, which compensates significantly for her lack of steroids. Additionally, she can provide a decent amount of team support as well, either through Navication Advice’s party-wide debuff removal and Stargen buff, or through Poisoned Food’s AoE Defense Down and poison.

However, the remaining aspects of Caster of Okeanos' kit are less glamorous. In return for the powerful Rapid Words of Divine/Metabole Piglets combo, her normal NP gain is nothing short of horrendous, with the only solace being her triple Arts deck. Furthermore, despite in practice having decent burst damage through powerful Craft Essences, her sustained damage is rather poor, partially because of the aforementioned NP gain, but also due to her lack of powerful steroids as well as the ever-present 0.9x Caster modifier. Finally, she has little to no survival capabilities, save for what damage is prevented through Pigification.

Thus, for Caster of Okeanos there is more than meets the eye at first glance. With the correct CE, NP Upgrades, and supports (i.e. Merlin), her lack of offense for veteran Masters is much less crippling, while the value and freedom brought by her instant NP and utilities become far more prominent.

Besides, the sight of enemies turning into piglets should be more than enough for Masters to perch her presence on the battlefield!

Aside from just providing easy access to her NP, Rapid Words of Divine also allows Caster of Okeanos to be more picky regarding her CEs. This advantage ensures access to her most optimal CE choices, something she desperately needs due to her questionable base damage. A prime example of this is her ability to either equip Event (Damage) CEs without a massive decrease in performance, or equip the monster that is the Black Grail.

Metabole Piglet’s Pigify effect is effective against normal Servants, who account for most of the in-game boss fights. The capability to perform what is essentially an instant, guaranteed stun (or two of them back-to-back) is a very powerful tool for some difficult quests, especially those requiring the team to stall a high-damaging boss.

Caster of Okeanos possesses various useful utility and support tools, ranging from her NP’s Pigify, to Navigation Advice’s debuff removal and star generation, to the extra damage provided by Poisoned Food’s Defense Down debuff. She is able to access all of these at a whim, making her a very effective Order Change Servant to negate various gimmicks, boost damage a little or shut down the enemy for a turn or two.

Despite having the benefit of 3 Arts cards and Territory Creation, Caster of Okeanos’ base NP gain is frankly rather pathetic. This weakness is further exacerbated by her Buster-type NP preventing any NP refunding or improving her NP Gain via an Arts card first bonus. Masters need to rely on Arts chains to (re-)charge her NP.

With middling attack stats, a small single teamwide Defense Down, and the 0.9x Caster modifier, Caster of Okeanos' NP is her only source of meaningful damage. Sadly, her base NP damage is among the lowest of her rarity if Masters do not compensate her lack of steroids with powerful CEs, and she is also unable to spam it either due to her low NP gain. As such, she falters in stages requiring constant high damage output.

While Metabole Piglets’ crowd control effect provides some semblance of defensive measure, Caster of Okeanos otherwise lacks any other sort of survival-oriented tool, which forces her to rely on external support for survival in more difficult fights.

Among Caster of Okeanos’ three skills, Rapid Words is by far the most important to level, and it is recommended to raise it to level 5 or 8 (with / without Merlin, respectively) as soon as possible. Her second skill should also be leveled, to maximize the amount of damage she can dish out especially due to how it scales with any CEs. Her third, in contrast, scales poorly with additional levels, and can generally be left at a lower level.

In general, Caster of Okeanos' CE choices revolve around either boosting her damage via NP Damage Up, or increasing her NP frequency via Starting NP Gauge. Buster Performance Up effects can also be used in combination with the aforementioned effects, though these modifiers are typically weaker than NP Damage. Lastly, if Caster of Okeanos is used as an Order Change Servant, Masters can boost her support by using CEs with On Entry, On Death, or Taunt effects.

The famed witch of temptation and decadence from Greek myth.
An eternal maiden, love and jealousy come easily for her.
She lovingly pampers her target. And her treatment of her treasured ones is the sweetest, forbidden honey.
Just be careful what you call her...assuming you wish to remain human...

Height/Weight: 147cm, 39kg
Origin: Greek Mythology
Region: Europe
Alignment: Chaotic-Balanced
Gender: Female
The falcon wings are an article of clothing, but they are also a part of her body, connected to her magical circuits.

A famous witch who lived on the mythological island of Aeaea, Circe appears in Homer's epic, "The Odyssey."
As a descendant of Hecate, she is the demigod of the moon and love.
Being quite the science buff, she is well versed in mixing magical elixirs that can cause various effects and transformations.
Circe has a penchant for extending a warm welcome to the human men who visited her island and entertaining them with feasts, but then turning them into lions, wolves, pigs, and other animals as soon as she grows weary of them.
Her older brother is Aeëtes (Medea's father, the King of Colchis) and her younger sister is Pasiphaë (mother of Asterios, wife of King Minos of Crete).

[Metabole Piglets]
Rank: C
NP Type: Anti-Personnel
Forbidden Banquet of Chaos.
A summoning Reality Marble.
Circe unleashes her beloved piglets to trample the boorish men she invited to her lavish feast. It is a terrifying, pleasurable, rowdy, and fairly gut-busting magical banquet! Those who taste of its sweet ecstasy would gladly let themselves become her pet pigs.

Likes:
Flawed human men who rely on her. To serve kykeon, a barley drink.
Dislikes:
When men get tired of her, and being completely protected by others.

She cut off the gorgeous hair that even Homer praised for its beauty after her heart was broken.

Circe was approached by the sea god Glaucus for romantic advice, but fell in love with him herself. After he rejected her, Circe transformed his love Scylla into a monster in a fit of jealousy. Scylla later ate six of Odysseus's crew.

The hero Odysseus stopped by the island of Aeaea on his way home and was offered a poisoned barley drink, but he managed to break free of her magic with the divine protection of Hermes. This impressed Circe, and when it was time for Odysseus to leave the island, she gave him helpful advice to avoid trouble on his journey.

Clear Interlude 1: Curse of the Argo

Her wish upon the grail is for the hero to return and visit Aeaea once more. Ultimately, she wants to tell him the words she couldn't bring herself to say to him in person... That is all.