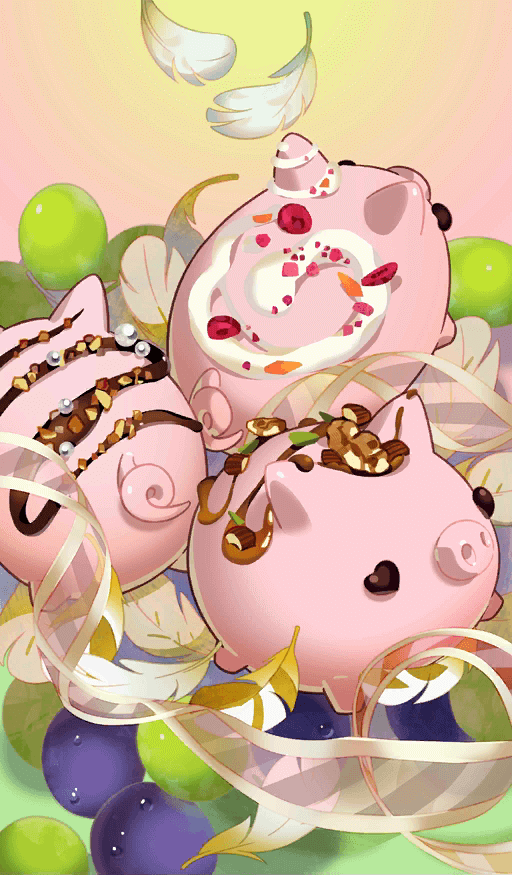 Do you have a moment, Master?

I'd like to discuss something with you. Oh, I know. It's that time of year. I know very well why you are so restless...like you're waiting for someone.
But would you spare a few minutes to listen to what I, Medea, would like to say?

What I want to discuss is my magecraft workshop.
They...they took it over! Auntie and Medea Lily!

They said they were going to convert it into a kitchen so they could make confections!
And they were going to call it the Witches’ Kitchen, and it will only be open on Valentine’s Day!
What a nuisance. Besides, calling it the Witches’ Kitchen is a bad idea. It’s like blatantly admitting that the food has special properties and ingredients!
But then Auntie said...
“We, as highly celebrated witches of myth, must create and use only objects of the highest quality...from confectionary-making tools to aprons! It’s like just like how one must have the proper feathers if one wishes to fly!”
...She was quite enthusiastic about it.
Just the fact that she’s spending time making sweets is taking away from her being a witch... Doesn’t she realize that she’s just an amateur pâtissier at this point?
She even tried to persuade me to join, but I politely declined.

Eh? You think that’s a shame?
I already got involved because I lent them my aprons?

...Your eye is keen as ever. I confess, it’s true.
Never mind Lily, but Auntie...
She may not seem it, but she actually looks good no matter what she wears.
So I may have gone a bit overboard, working feverishly at my sewing machine.
But Auntie was a bit judgmental. She said that she never knew I had such homely talents! Ugh!

At any rate, I’m quite proud of how cute the little chef coats turned out. I can’t speak to the quality of the pastries, but I want you to at least pay attention to how wonderful their outfits are.
Since it seems I have no choice, I suppose I will let my workshop go for now and just crash in some Saber’s room.

That’s why I’m here, Master. I have a few questions.
Auntie’s been barging into my room, day and night, asking me so many things.

Here are some of the things one of mythology’s greatest witches has been asking of me:
“I want to know what Master’s favorite flavor is. Do you think they like it really sweet? Or would bitter be better?”
“Are there any seasonings Master doesn’t like? You know, so I can balance things properly in the future..”
“Now that I think about it, handmade confections are so lame. What do you think, Medea?”
“If Master was a pig in their past life, what breed do you think they’d have been? I hear there’s a hybrid brand of pigs called Tokyo ● from Japan. Sounds romantic, huh? It has ● in its name!”
Who cares about breeds...
“Hey Medea...I hear that Master is really traumatized by Valentine’s Day. Even if they eat our chocolates with a smile while we watch, I hear there’s vomiting back in Master’s room... Sounds like a joke, doesn’t it? Huh?”

...So, there you have it. Phew.
Anyway, it looks like Auntie’s a bit occupied right now and she can’t come over, so she sent me here on her behalf. Really, Lily should be doing this, not me.
Honestly, Auntie is so fickle she gives me a headache. Teehee. Don’t you agree, Master?
But it does look like, in spite of herself, she’s doing her best, so would you be so kind as to answer the questions I asked?
Oh, it’s fine. You don’t need to be so formal and thank me...eh?
I-I keep telling you!
I-I-I’m Medea!!! Really! Honest!
I-I-I-I told you when I got here! I’m not lying!!!
Honestly, you are SO rude!!!