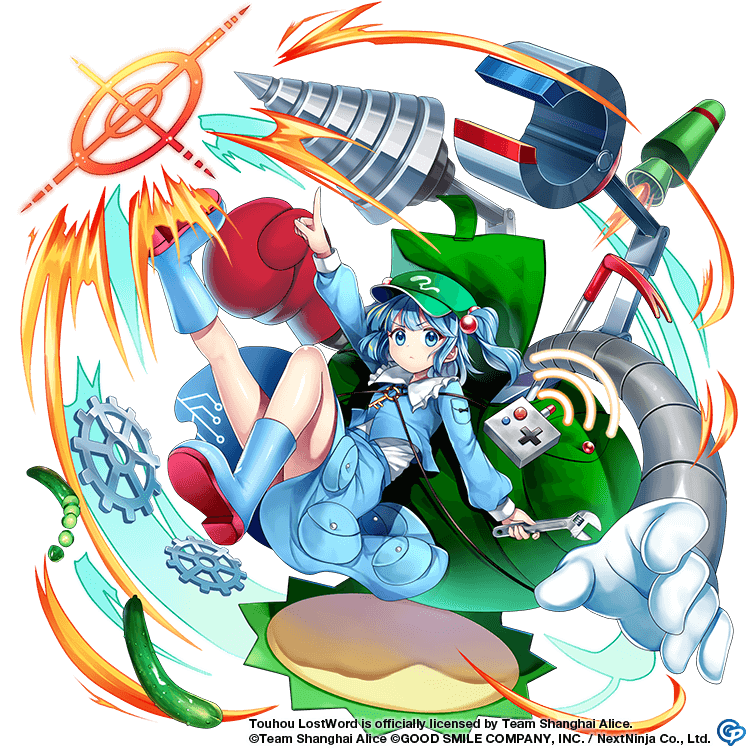 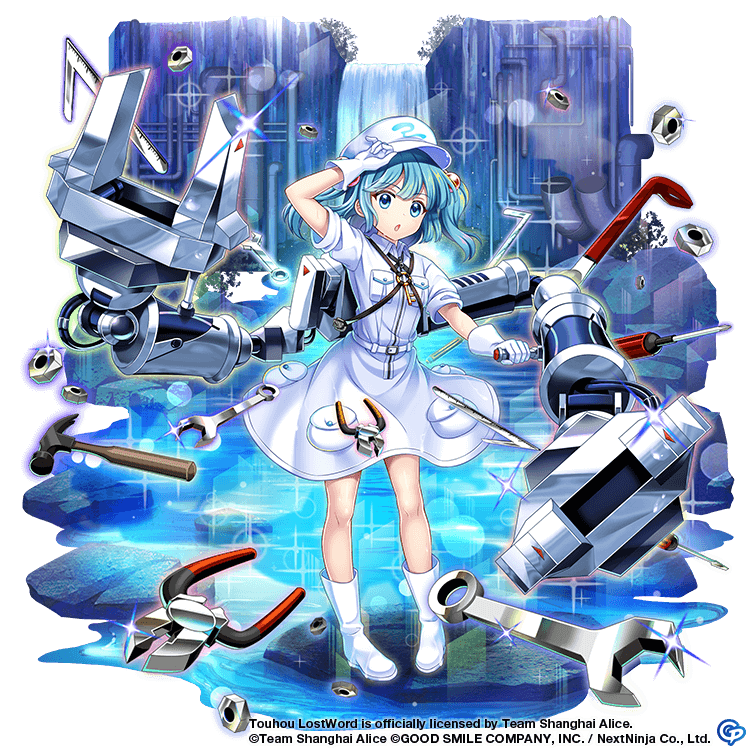 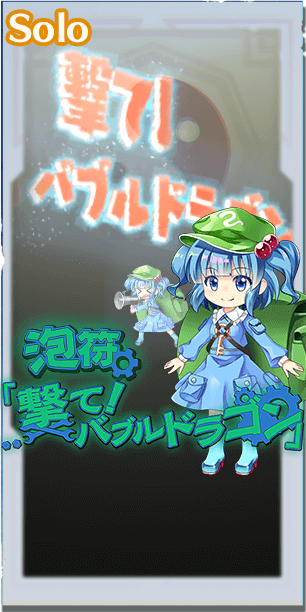 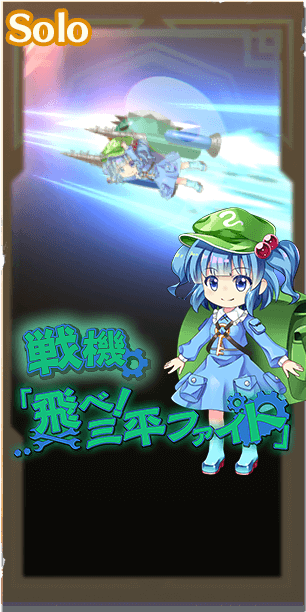 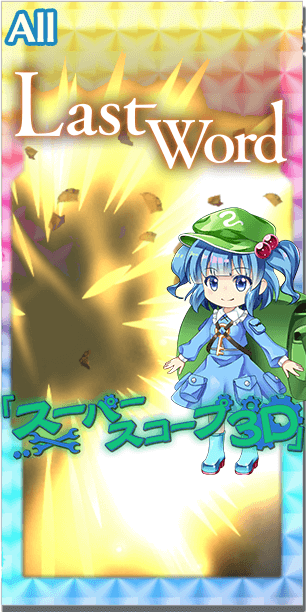 Nitori Kawashiro is a stage 3 boss that first appears in Touhou 10, Mountain of Faith. She's a seemingly shy kappa who lives on the Youkai Mountain, and as such, has the ability to control water similar to the rest of her kind. The extent of this power is never put into detail, however, though she has been seen using it to shoot small fountains of water and even as far as summoning massive tidal waves. Whilst on the surface a shy kappa, Nitori's also a ruthless and greedy profiteer with a sense of superiority and a tendency to be rather rude - though that's hardly unique to her, just about everyone in Gensokyo is rude. Nitori, being a kappa, is also known to use tools of her own creation such as mechanical arms and other gadgets. In Touhou LostWord Nitori also has a few tricks up her sleeve, but suffers from them all having a low impact on the game overall resulting in her placement as a D-Tier friend.

For farming Nitori unfortunately lacks both ATK UP and Spirit Power UP which, combined with her backloaded Last Word, means that farming is simply out of the question for her. If you still want to try, make sure to use Ephemeral Foam: Burst! Bubble Dragon with a Spirit Power UP Story Card first, as it provides her best possible damage increase.

Nitori does actually have some uses regardless of her poor performance in farming. She brings Solo target Water and Metal element Spell Cards with only 1 break at 0 Power, and only 1 more break at P2 and P3. She can apply 2 Electrified Barriers to all foes, though the second Barrier has a 10% chance to fail, leaving them with only 1. Her ability to apply these Electrified Barriers does give her some niches such as team-wide accuracy support and goes well with Discharge attacks when setup correctly. Nitori has two Skills that lower the target's accuracy, and quite a bit at that, though this debuff is rather pointless unless you're about to take some big hit at full force.

Overall Nitori Kawashiro doesn't have a whole lot going for her and needs quite a bit of team support to really make use of her own kit.

Nitori only really has one good skill, that being Failed Prototype. Leveling this Skill up to 10 is important as each level adds 10% to her chances at applying a second barrier. The last two Skills aren't worth your time and are better off spent on another unit.

To JP players, how common are append skills in supports?
Particularly 20% starting NP for support Skadi. I have my eye on Caren in the future…
Team comps suggestion to have fun?
No kidding, replace OG Medea for another DPS when you fight rider enemies. BG doesn’t…
Best append skil for Miyamoto Musashi (Berserker)?
What do you guys think is the qppend Skill for Miyamoto Musashi (Berserker)? don’t…
Chaldea Boys collection 2023 NA banners
I am trying to get Napoleon and NP3 Ody for next year’s boy’s collection NA. Will they…
Is mana loading append skill universally useful? Do I unlock it for all my servants?
It fits quite perfectly for servants with 30% self-charge (like Godjuna). Allows you…
Read More