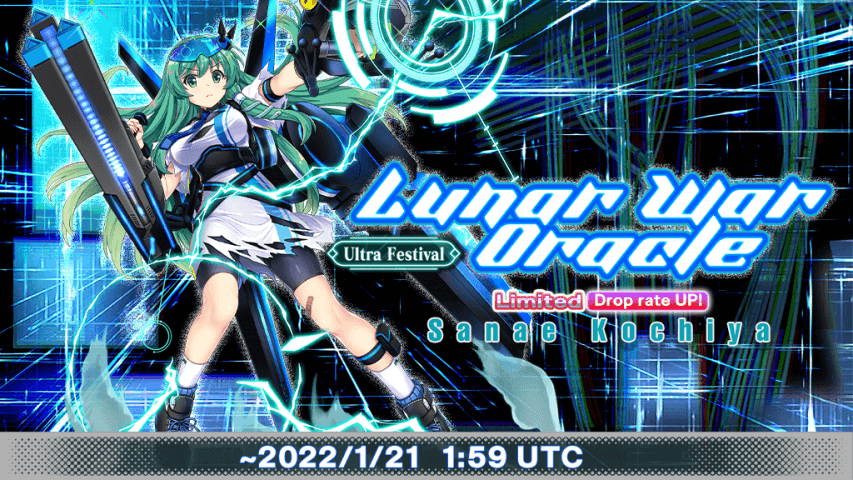 Sanae Kochiya’s Lunar War Oracle form stands out as both a heavy hitter while performing the miracles she is known for even more effectively. If you’re in need of a very consistent healer with a great coverage of Wood and Star breaks that even comes with heavy CRIT support, this green living god with blue machinery has you covered.

As an Ultra Festival banner, Sanae requires 100 more Exchange Points to exchange for and will require Divine Dolls to Limit Break instead of normal Paper Dolls. She will not be added to the general pool after the banner ends and will only return in reruns. 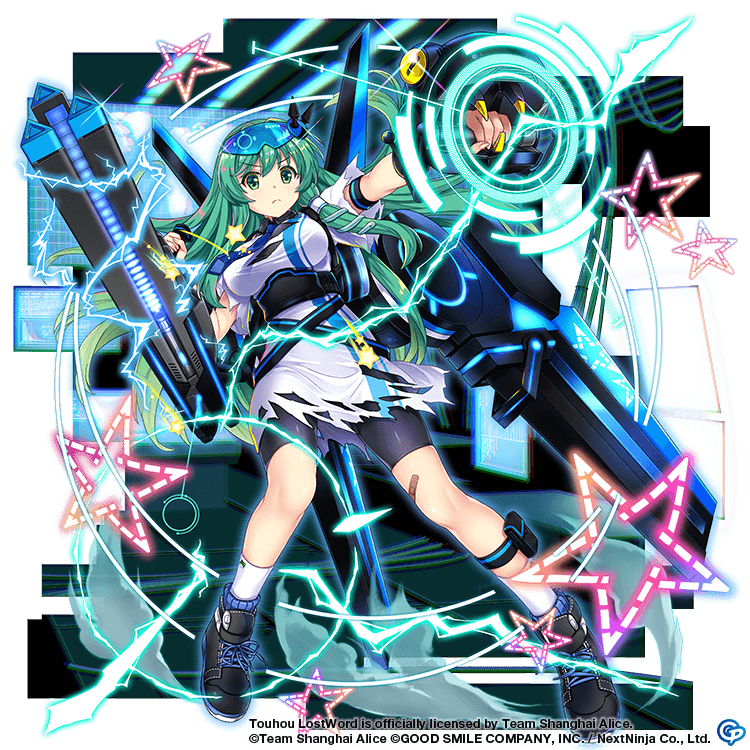 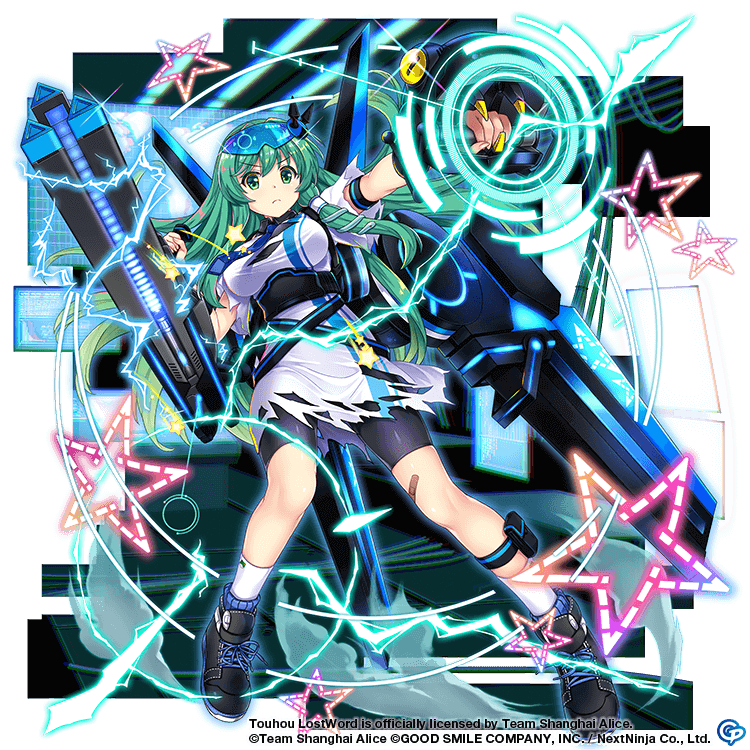 In the world where █████ has been lost, Sanae Kochiya has practically lost all of her powers linked to being classified as a living god. She has returned to her previous human strength, powerless to perform any of the miracles she was proud of before. While it is unclear if her original powers can ever return, the temporary mechanical suit based on the knowledge of Moriya’s previous gods allows her to take part in combat once more. Now without the need for rituals to perform miracles, Sanae can release various devices and units to restore her team’s health or shoot her railgun to do what railguns usually do, but with some star-shaped style Sanae previously had access to. With a new and fancy visor, the Oracle is prepared to win the Lunar War and any other fights you take her to.

All of her skills share the similarity of increasing Sanae’s own Spirit Power, most notably the 1.0 Spirit Power gained from her first skill, Ritual Framework. It additionally lowers the CRIT DEF and Evasion of all opponents by 2 levels, something that she is not afraid to do again later. Just like her previous LostWord self, Sanae can heal her entire party, except her two other skills, Frog Resupply Unit and Snake Switch Unit, heal for some rather high values: 40% and 70% of her own HP respectively. If that wasn’t enough, Snake Switch Unit increases the party’s Yang ATK by 3 levels for a single turn, giving her an extra amount of utility for Yang attackers.

Both of Sanae’s spell cards are star-based warheads that focus on decreasing her opponents’ CRIT defense-focused attributes. These All-target spells, Esoterica: Forgotten Ritual and Miracle: Night With Overly Bright Stars, give every for 2 levels of CRIT DEF and Evasion DOWN respectively. Their additional effects lower the single-targeted opponent’s CRIT Evasion or DEF by another level, Evasion coming from Esoterica: Forgotten Ritual and DEF from Miracle: Night With Overly Bright Stars. Combined with the effects of Ritual Framework, Sanae will have casted 4 levels of CRIT DEF and Evasion DOWN on all opponents, with 1 level of each allowed on a single target of your choice. This is all before she unleashes her Last Word, which is a miracle by all definitions.

Divine Full Armor Purge has Sanae unleash her armor for one rapid, blinding attack while releasing several effects. The CRIT DEF and Evasion of all opponents is dropped by 3 more levels, totalling to 7 levels of both for whoever is still counting. Additionally, Sanae gives herself Agility UP by 4 levels, very helpful due to how all of her attacks, especially this Last Word, have Slicing bullets, or attacks that increase in power based on Agility. Finally, after this very powerful assault, Sanae turns around to make sure none of her friends are hurt with a 80% HP heal just for good measure.

Even though Sanae does not have any way to increase her own Accuracy for very consistent farming, her Character Ability allows her to increase her CRIT Accuracy by 1 level per Graze used to give her a slight bit of consistency. More importantly, any other Friend that heavily focuses on CRIT attacks will be very thankful for Sanae’s contributions, if her various healing wasn’t enough to be thankful for. She can even keep herself up with her third passive, Moriya Nexus, due to its ability to heal Sanae by 20% of her own HP every turn. She can remain in the fight for extended periods of time, ensuring her miracles will get through when needed.

Sanae may not boast the excessively impressive strength of her other Lunar War comrades, but that does not mean she has nothing to contribute in the slightest. Even with the depressing events that have occurred in B3, being able to perform miracles once more gives Sanae a smile she had from the past.