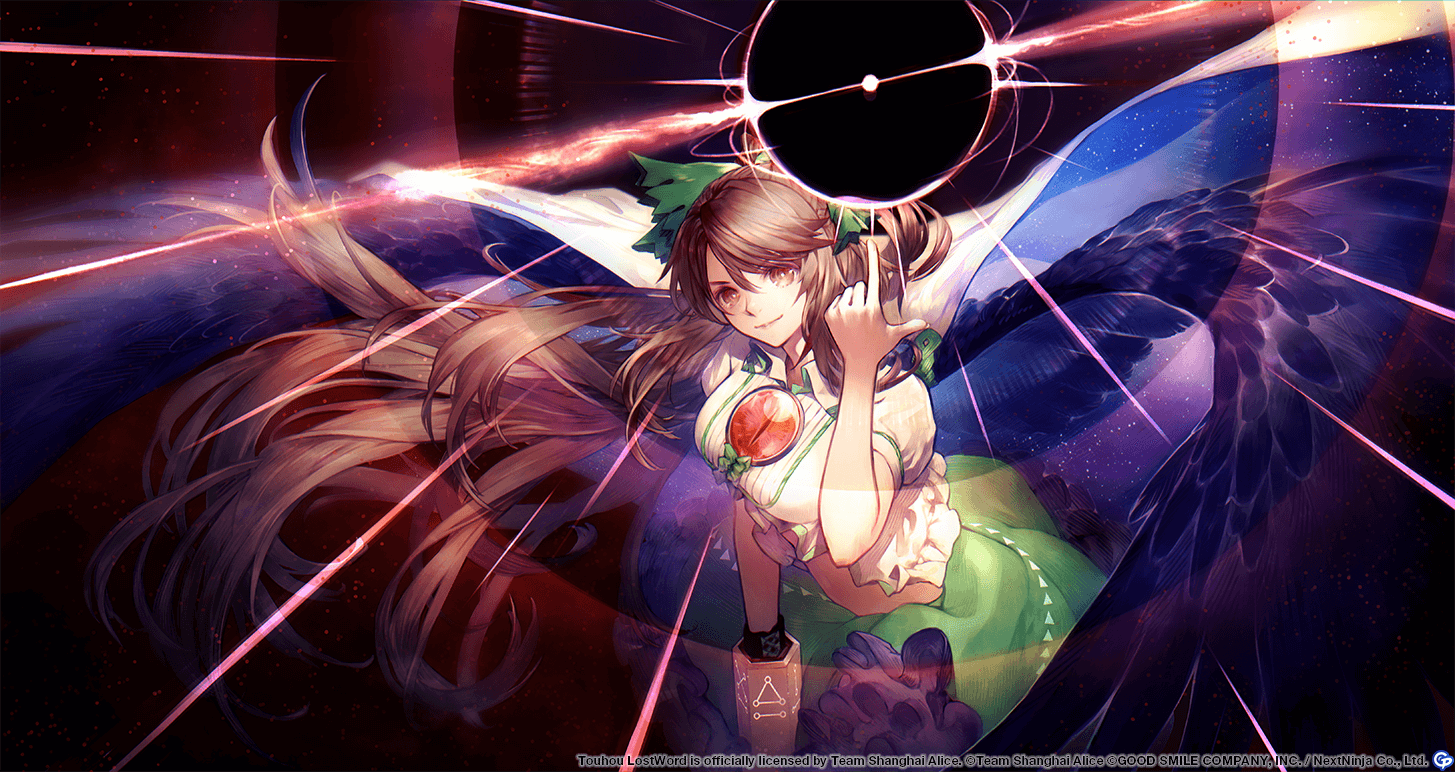 Story 1
Utsuho Reiuji, along with her good friend Rin Kaenbyou, are the pets of the mistress of the Palace of Earth Spirits, Satori Komeiji. The form Utsuho takes now is the one she gained after acquiring her powers. What she looked like before is a mystery.
Story 2
Utsuho is a Hell raven who used to live peacefully while managing the temperature in the Remains of Blazing Hell. One day, a god of the mountain brought her the power of a divine flame―a part of the spirit of Yatagarasu, which Utsuho absorbed into herself. In this way, she went from being a normal Hell raven to becoming one with Yatagarasu.
Story 3
Nuclear fusion is the fusion of two atomic nuclei (usually the nuclei of lighter elements like hydrogen) to form heavier nuclei. This nuclear reaction unleashes a tremendous amount of energy, and its potential usage in various fields is being researched. The effects of nuclear fusion can be observed in hydrogen bombs (an explosive developed in the outside world that weaponizes hydrogen) and in the Sun, where it occurs naturally.
Story 4
Manipulating nuclear fusion is thought to be an ability of the goddess of the Sun, so it is only natural that her envoy, Yatagarasu, has a portion of her power. However, Utsuho now also wields the power of nuclear fusion, and because of her childish personality, she is much more dangerous than the ability's original custodians.
Story 5
Explosive Sign: Mega Flare is one Spell Card that is representative of Utsuho. Those that see it are bearing witness to the power of a god. Massive balls of immense heat are launched in rapid succession at the enemy, as would be expected of an avatar of the god of the Sun. In addition, there are different levels of Flare Spell Cards, including Petit Flare (low level), Giga Flare (high level), and Peta Flare (highest level).