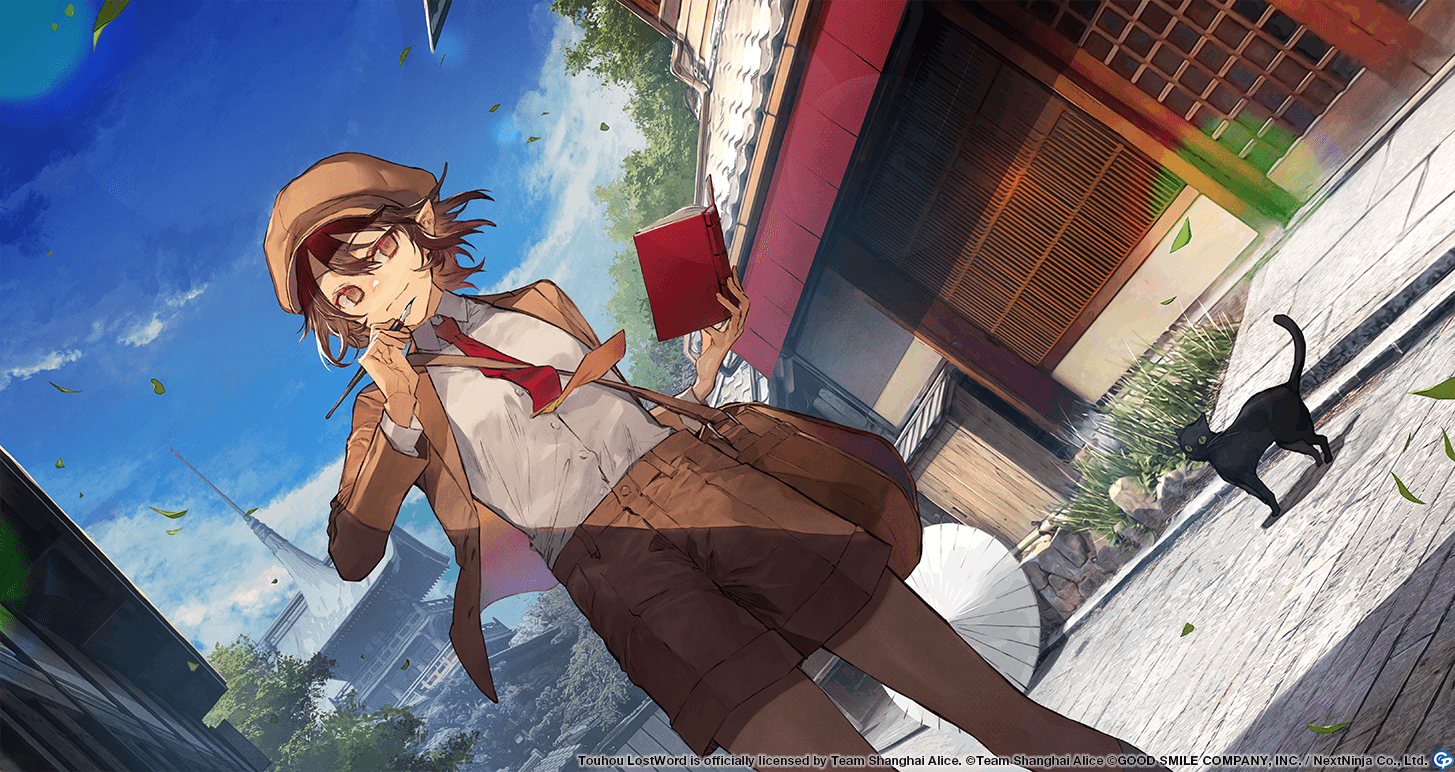 Story 1
Aya Shameimaru is a crow tengu who flies around Gensokyo with a camera in hand. She looks different today, and for good reason―she is going to the Human Village incognito.
Story 2
"The pen is mightier than the sword." This adage indicates that the concepts, expressions, literary work, and communication of an independent press have more influence on people than violence.
Story 3
Once Aya smells a scoop, she will do whatever she can to report on it, regardless of whether the one to be questioned is a human or a youkai. She will try to do things the proper way first, but she will not hesitate to use force if being nice does not work out. Even when writing about serious topics, she tends to exaggerate and even fabricate facts if she judges the material to be lacking in impact. Can't be too careful when she's around!
Story 4
As soon as Aya arrives at the Human Village, she starts questioning people to check if there is an incident occurring at the moment. Someone once said that her behavior is closer to that of a detective than a reporter. Even now, her undercover work as a reporter is not all that different from a detective on a secret mission.
Story 5
Aya writes for the Bunbunmaru Newspaper which is issued irregularly, up to five times a month at most. Both youkai and humans can buy it, and it is even available at Suzunaan.