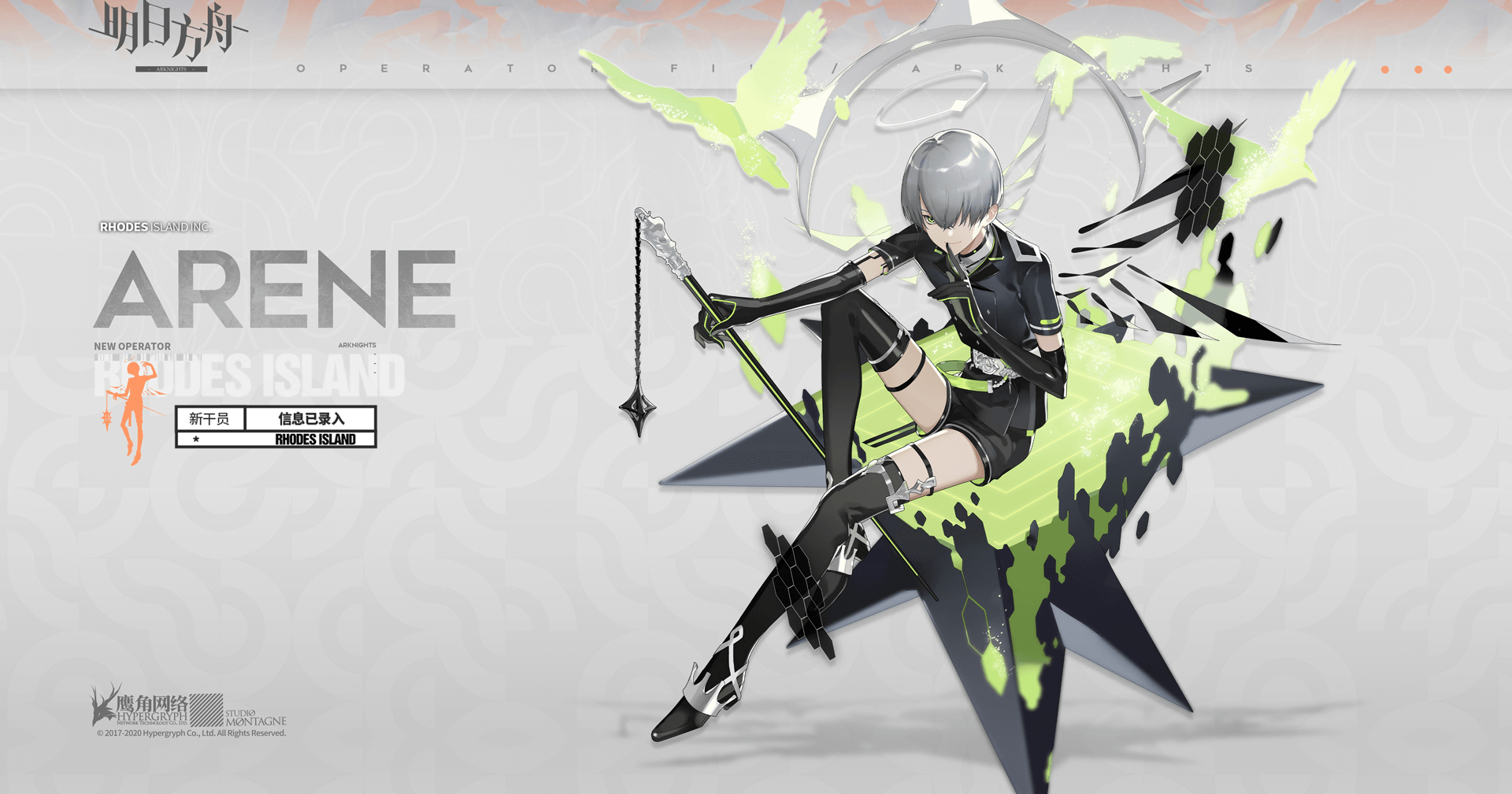 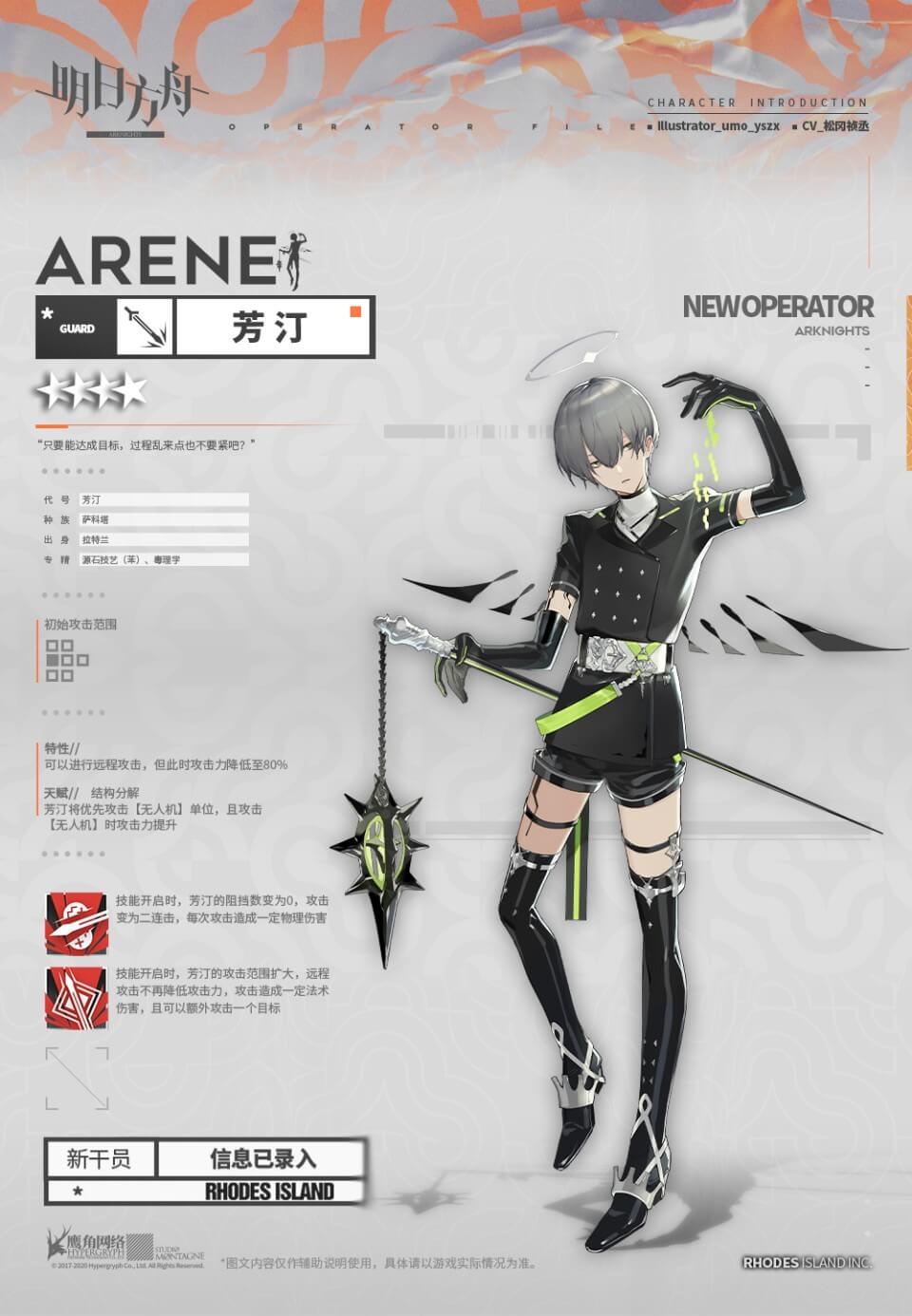 "Codename Arene, I am officially joining today. So you're the Doctor... then let us try to get along, sensei."

Operator Arene, born in Laterano, but was exiled due to becoming infected, and sought education in Leithanien. He was raised in a family who studied heritage guns, but unlike most Lateranians who use guns, he is quite talented in Originium Arts.

His parents passed away after being dragged into a conspiracy. After taking a series of vengeful actions, Arene accepted arrangements from the Laterano Notarial Hall, and temporarily resides at Rhodes Island to wait for the situation to blow over.

He needs guidance. He needs a target.

We've seen too many cases where youngsters strayed off course during their growth. We've regretted enough.

Do not let such tragedy repeat itself.

Arene is a 4★ Ranged Guard that specializes in taking down Drones, as he prioritizes targeting them and has increased damage against them.  One Skill ups his Physical Damage and drops his Blocking to 0, while the other changes his attacks to Arts and provides multi-target attacks.

Skill 1: During skill activation, reduce Block count to 0. Every attack hits twice and deals a certain amount of Physical damage.

Arene will be only the second Operator outside of the Sniper class to prioritize aerial enemies (the other being Glaucus).  This could potentially be useful for pesky Drone maps where Snipers are banned.  The ability to drop to 0 block with his S1 could make him an interesting choice as a frontliner that can avoid death by allowing tough enemies to pass by to blocking units placed behind him.  His S2 makes him another primarily Physical damage dealer that can provide Arts damage, which can be useful for ranged/caster bans, and also gives him the ability to take down normal OR high-DEF drones..

Ranged Guards are a strong Archetype  in Arknights, but it is also one that has extremely good options at higher rarities, and ones that many players will have already prioritized acquiring and developing.  It seems unlikely that his drone-targeting alone will be enough to make him a sought-after or priority Operator for gameplay reasons, but only time will tell! 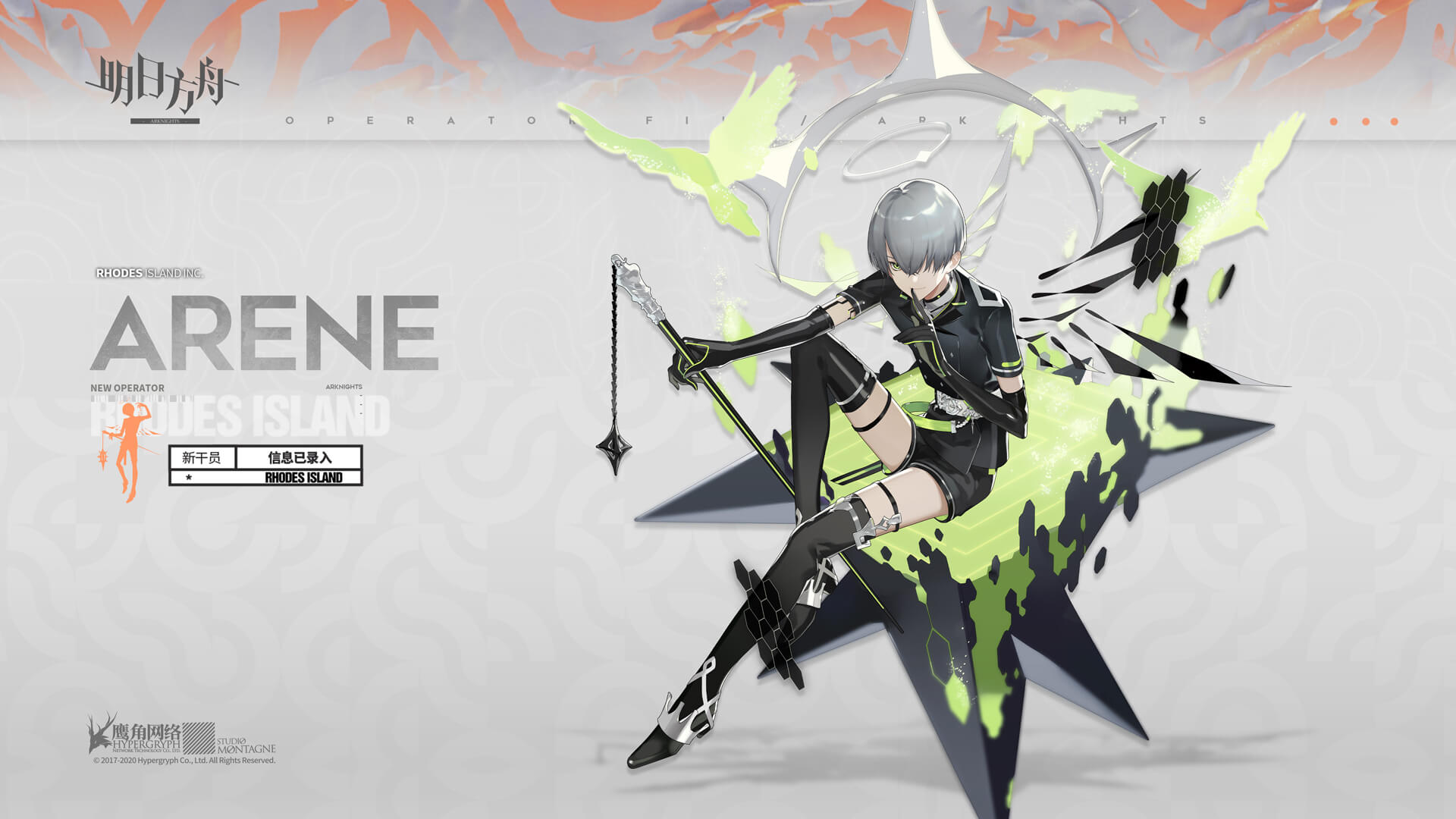