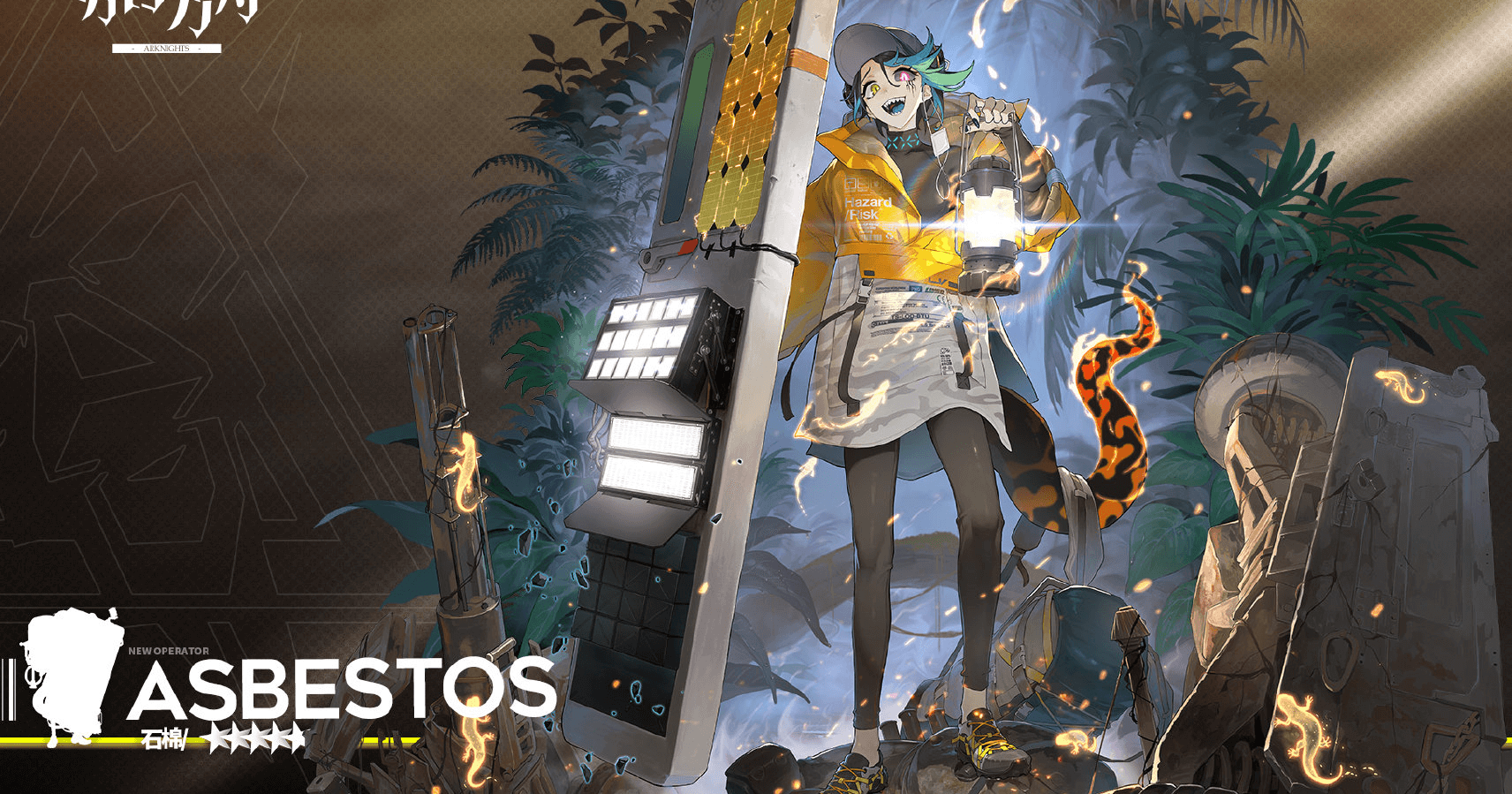 Asbestos is a 5★ Arts DPS Defender  that is built for mitigating Arts Damage from enemy Casters, and dealing Arts damage in return.  They are only the second Operator of this Archetype to enter the game, the first and only up to this point being Dur-nar, a 4★ Operator acquired through the Friend Credit Store.  Asbestos deals Arts damage while Skills are active, and has a Talent that increases RES and restores SP when taking Arts Damage.  One Skill reduces Arts damage taken, while the other reduces physical damage taken and increases DPS. 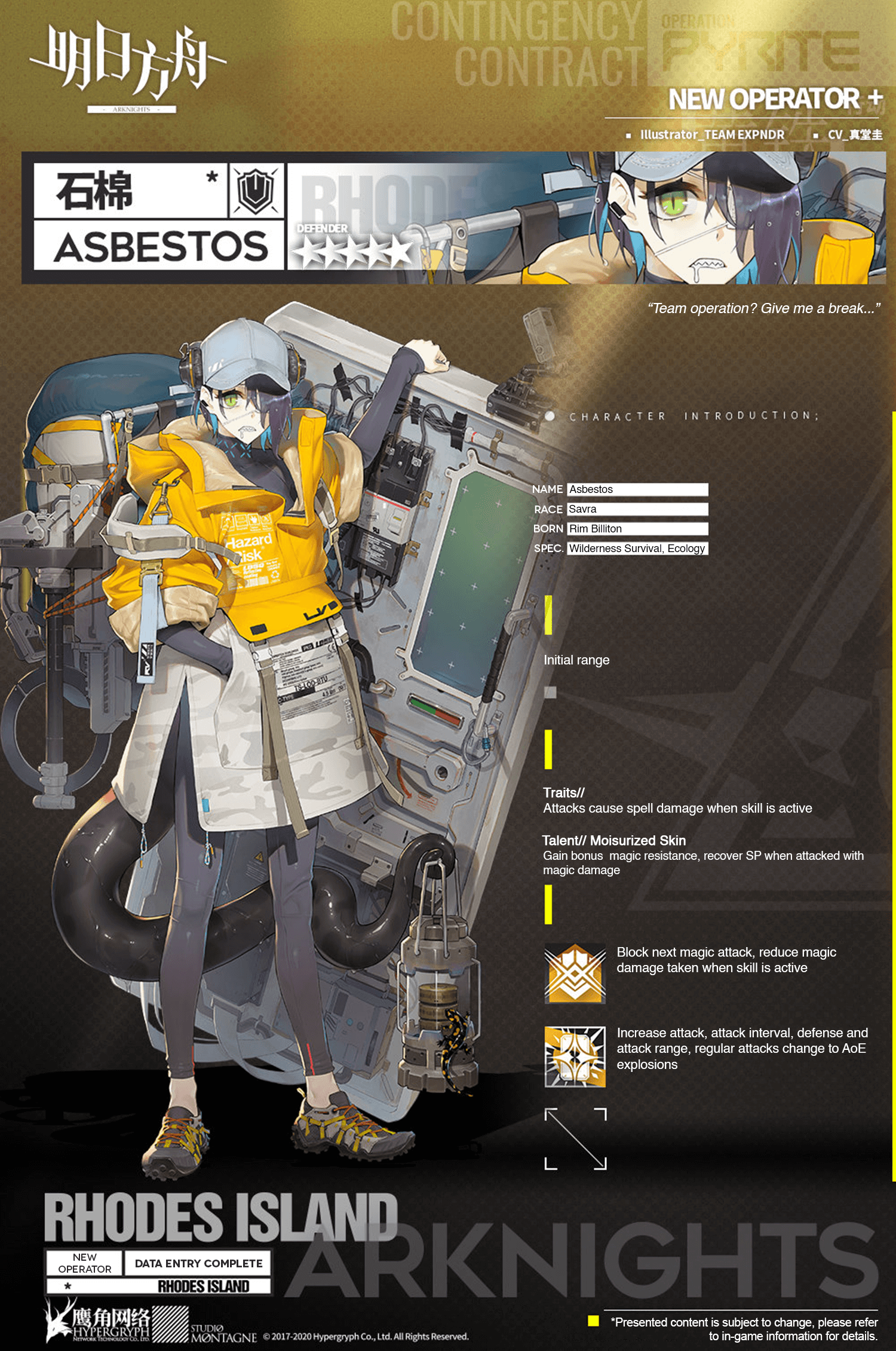 Skill 1: Block the next Arts attack and reduce Arts damage taken within the skill duration

Asbestos will be only the second Arts DPS Defender to be added to the game, the first being the Friend Credit Store Operator 4★ Dur-Nar.  Unlike Dur-Nar, however, instead of having only offensive-oriented Talent and Skills, Asbestos also has abilities that mitigate damage, both Arts and Physical.

In the current game, 4★ Matterhorn is widely considered a kingly pure-Arts mitigation Defender, with his high HP, Passive Arts RES (20 at E2), and S2 that increases Arts RES by up to 100%. Will Asbestos be able to compete for this title, or at least offer a viable, or possibly overall better alternative?

Dur-nar has passive Arts RES that increases with promotion level, so we can expect Asbestos to have the same.  Asbestos' overall proficiency in the role, however, will depend on how good the Arts mitigation of the Talent and S1 ends up being in the final implementation. At the very least, the new Operator will provide another Melee Operator that can provide Arts damage, which can have its uses. 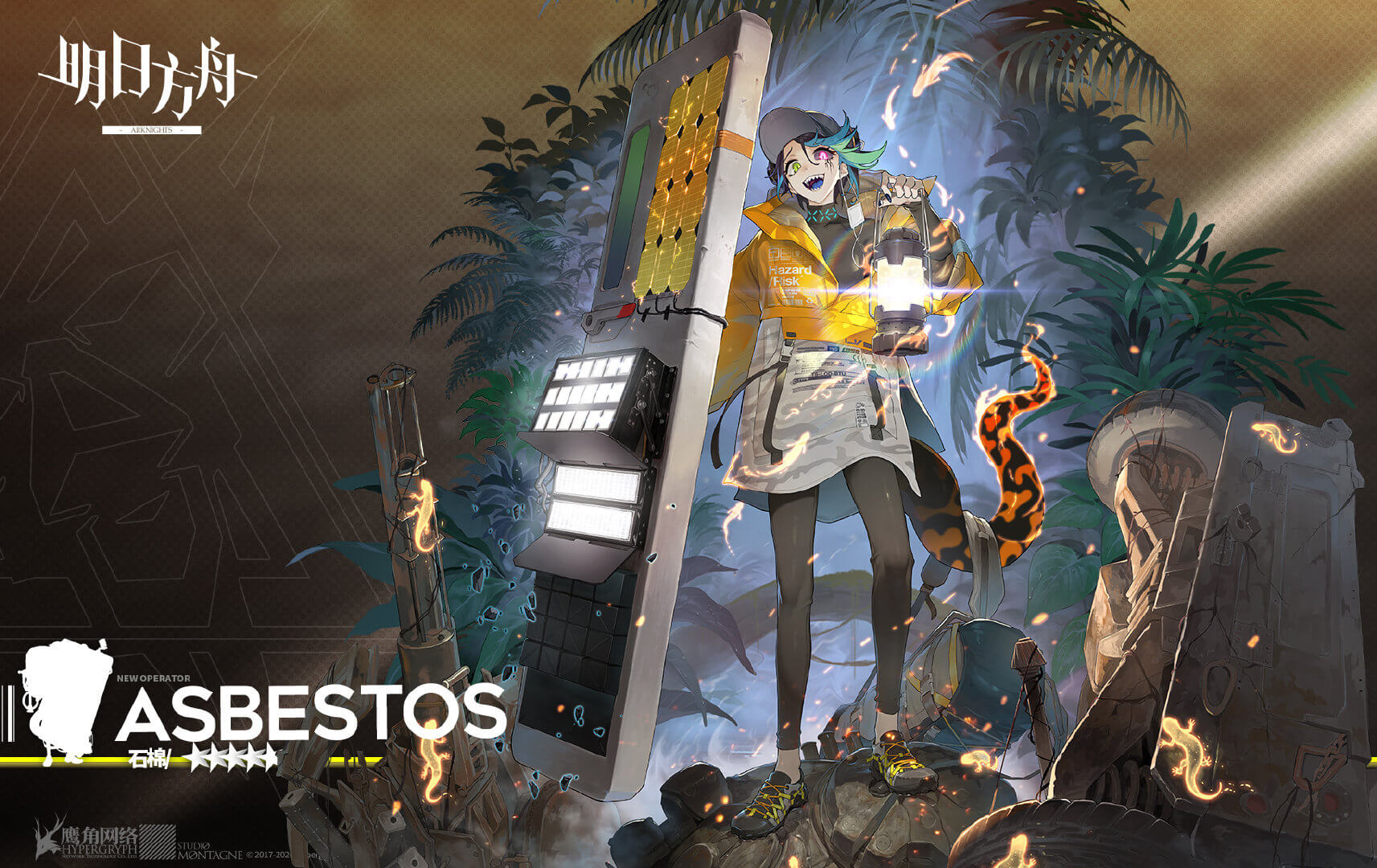 Plugging in the toaster