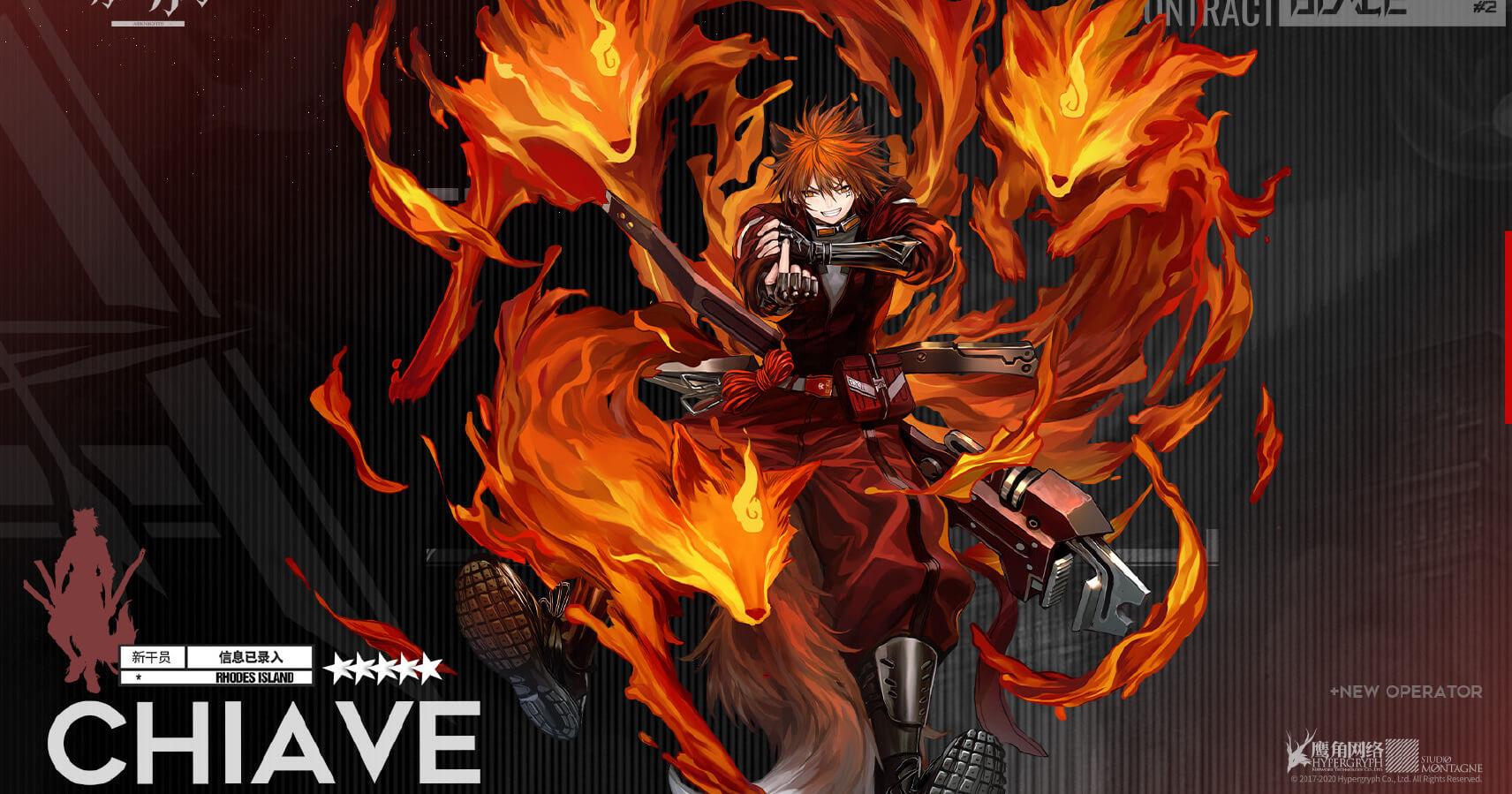 Fixin for Some DP 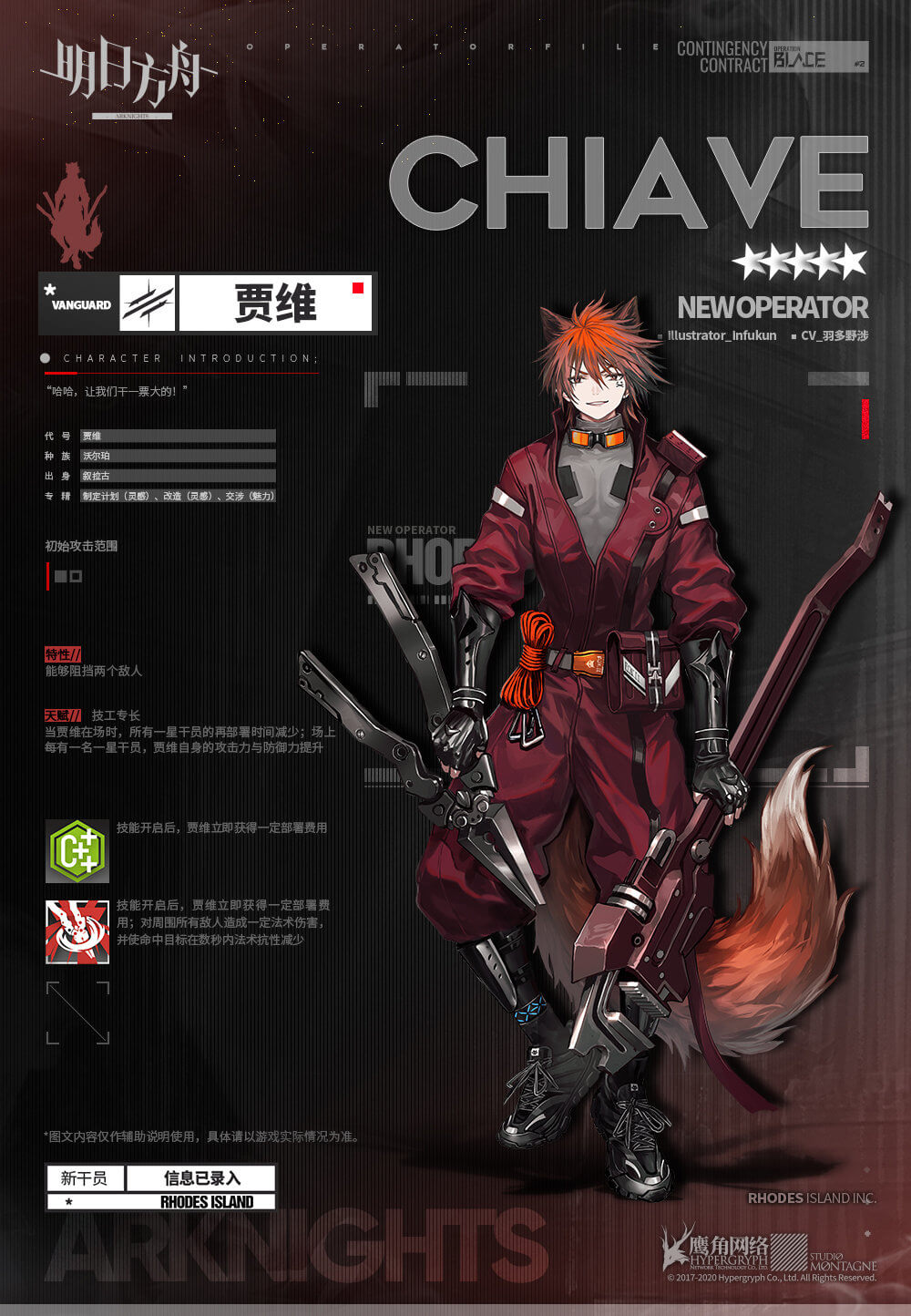 Talent: When Chiave is deployed, the redeployment time of all 1★ Operators is reduced. For every 1★ Operator deployed, increase Chiave's ATK and DEF

Skill 2: After skill activation, immediately gain a certain amount of DP. Deal Arts damage to all nearby enemies and reduce their RES for several seconds

Chiave has some pretty tough competition in the archetype and rarity he is joining.  Texas already offers a an S2 with Arts damage and Stun as well as a Talent at E2 that helps with fast starts.  Zima is a Vanguard buffing machine that also enables faster starts with her E2 Talent.  Whether there are situations where Chiave can compete will likely depend on whether you use the Robot Operators and how large his buffs are when they are deployed.  Considering that Vanguards are typically placed early in a map, and Robots (if they aren't being used for baiting) are typically deployed last on a fully deployed team, or used for their on-deploy Talent, it will be interesting to see if there is useful synergy here.

His S1 will almost certainly be identical to the S1 of Zima and Texas, and his S2 will likely be similar to Texas.  Will the S2 RES debuff be significant?  And will there be many situations where it is a better choice the Texas' S2 Stun? 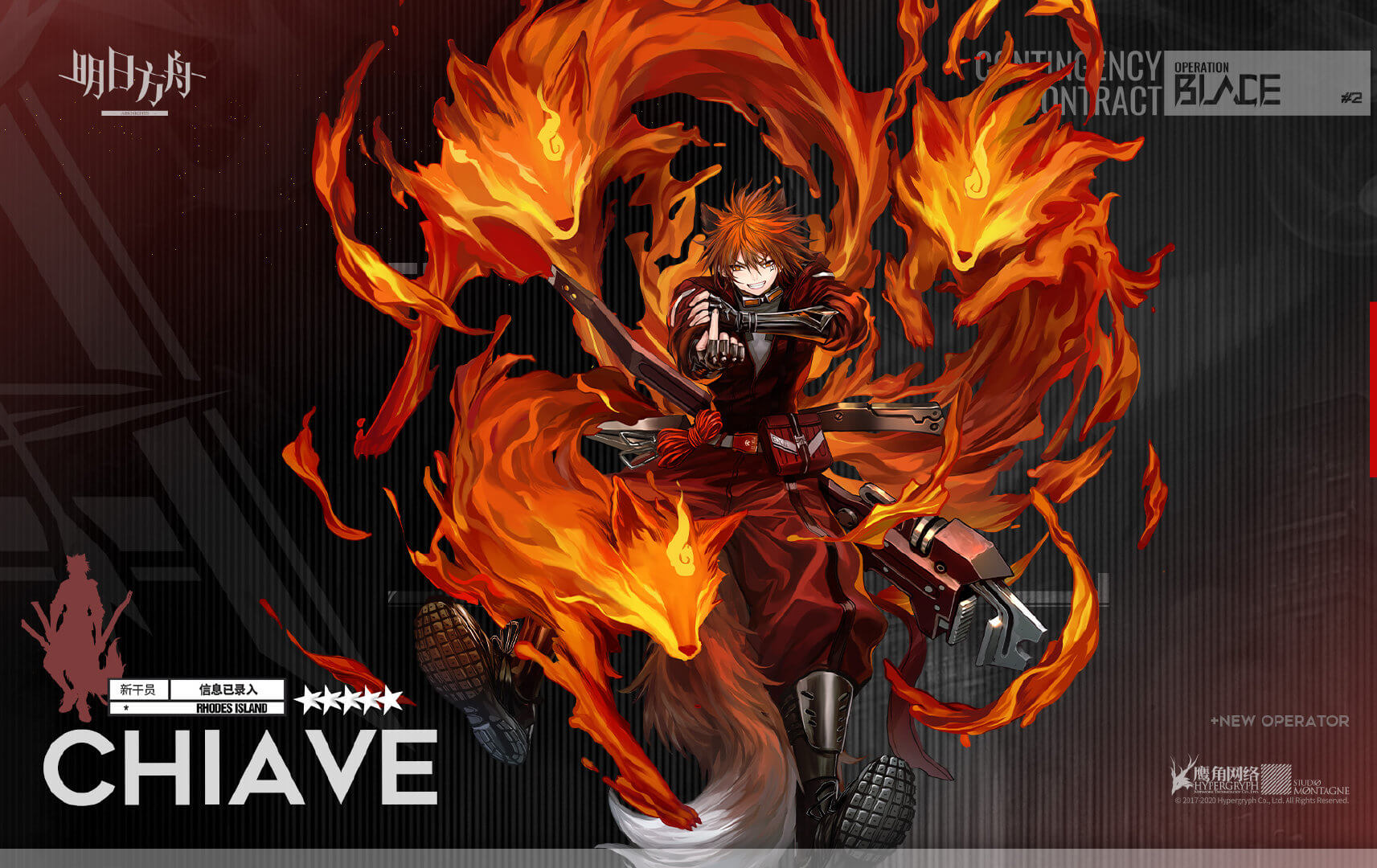