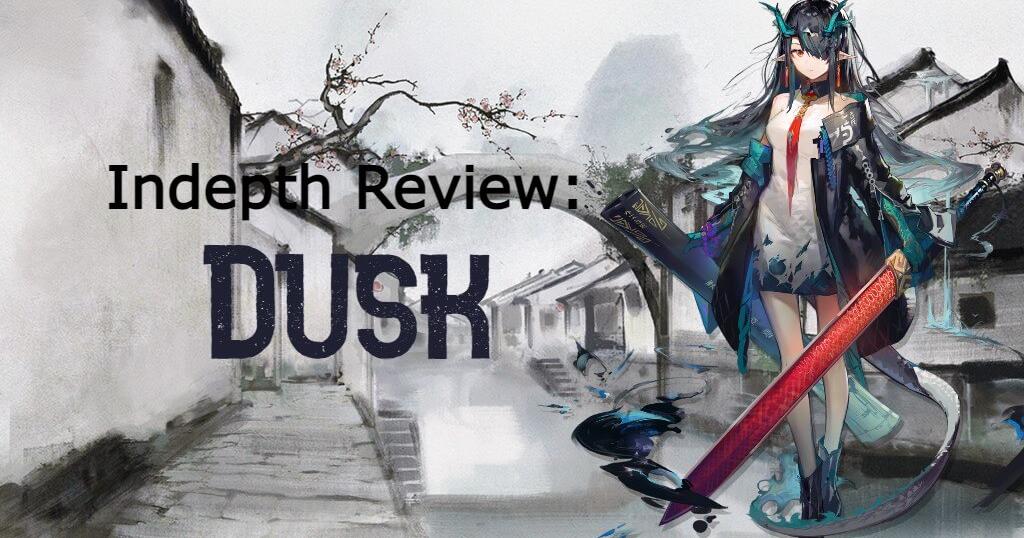 Dusk is the future Limited 6★ AoE Caster featured in the Hidden Moon, Spring Festival banner, which will run alongside the Who is Real event, who specializes, among other things, in high-damage AoE arts. Will she be the one to finally break the AoE Caster curse? Let’s find out!

AoE Casters really do not need much of an introduction at this point, as their flaws are very widely known by the playerbase. Still, in case you are new, the stigma around this archetype resides in the combination of their extremely high cost (They are the second most expensive archetype in the game, just behind Enmity Defenders!) and low impact due to the mediocre DPS derived from their extremely low attack speed, which is the second slowest in the entire game, right behind Charge Casters like the recently released Iris. More often than not, if Eyjafjalla is not a possibility, it’s recommended to just raise 4★ AoE Sniper Shirayuki instead for AoE arts with her S2.

Still, looking at it from a different angle, this means that the bar is very low for Dusk to be considered anything above mediocre. The only other operator of her same role and rarity is Mostima, the ever-disappointing supportish-oriented fallen angel. In that regard, Dusk is actually a pretty competent unit! Let’s analyze her a little further, starting with her stats. 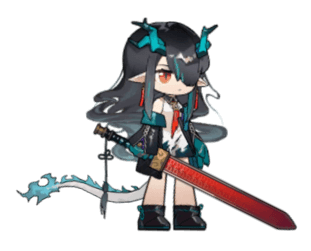 If Ifrit is anything to go by, having an unconventional weapon is the key to being a good AoE Caster. Do Dusk and her inky sword follow in her footsteps?

In regards to stats, Dusk is much too similar to the aforementioned Mostima, with one key difference: her monstrous attack stat.

While not as massive as the thousand-plus numbers of Charge Casters, Dusk still comfortably beats almost every other caster to date and even to come in this regard. With over 100 more Attack than Mostima herself, Dusk only falls short of beating Ifrit, and merely by less than 10 points.

This talent is similar to Bibeak’s, in a certain way. Whenever Dusk (or any of her summons) kills any unit, she gains a permanent 2% Attack boost for as long as she is deployed, stacking up to 15 layers at E2. As she’s supposed to be hitting multiple enemies at once with her AoE skillset, this is actually pretty easy to achieve, especially if she’s deployed earlier so she can feed off early mobs.

After she’s obtained the maximum number of stacks, her Attack reaches a grand total of 1266 at max level, this time only beaten by Iris’ 1389.

At E2, with the unlocking of her third skill and this second talent, Dusk gains a strange, additional niche with her Little Instincts, tiny automatic summons made of her own ink. With this talent, she will immediately deploy one Little Instinct upon her first attack if there’s a deployable tile nearby. While not absolutely game changing or even extremely impactful, and even taking into account how easy it is to completely lose this chance if there are no valid tiles nearby, this talent is undeniably a very nice addition to her kit.

Little Instincts are very interesting in terms of summons. First of all, they are very unique as they are the first and only automatically-summoned creature in the game, as they will immediately spawn whenever there’s a valid tile near Dusk’s attack whenever her third skill is up or her second talent would apply. This means that, unless the attack lands on an unblockable enemy (like a Wraith or a Bully), they will be immediately stopped in their tracks, most often inside Dusk’s range for her to keep attacking, though sometimes the attack animation may make the attacks land outside.

In regards to stats, the Little Instincts have generally worse stats than any other summon in the game, with a couple of exceptions. First, they do not consume any deployment slots (which is great since you don’t have complete control on when and where they spawn), they are also the only summon with 2 blocks or a cross-shaped range (they will attack any enemy on the orthogonally adjacent tiles), and they have a monstrous 50 resistance, allowing them to act as very competent mage baits. It must be noted, however, that much like other summons they cannot be directly healed, plus they automatically decay and are undeployed 25 seconds after spawning. 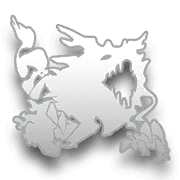 This is almost just a generic charge skill with a 250% Attack hit for each of the three stackable charges, with the added bonus of increasing her splash range so that it reaches more enemies. Don’t underestimate this skill, though: when hitting two or more enemies and if her first talent’s stacks are up, Dusk S1 has a greater average DPS than Eyjafjalla’s second skill!

A very familiar skill to anyone who has ever used Gitano, this skill is basically an exact copy of her second skill, bumped up a few hundred notches. While her attack boost is much lower than the 4★ counterpart (a 55 vs 100% boost), Dusk’s attack interval reduces by a lot and she attacks all enemies in a 3x4 rectangle in front of her. If that wasn’t enough, this skill also has a culling effect where enemies under half their health take 130% attack damage instead of the 55 previously mentioned.

Finally, to wrap up the comparison to Gitano’s, not only does Dusk not stun herself at the end of the skill’s duration, but she also has a much shorter charge rate (though the duration of the skill is 10 seconds shorter, as well). Gitano’s uptime is 35% versus Dusk’s 52%.

Dusk’s third skill is the only one to interact with her Little Instincts, and is mostly focused around them. Upon activation, Dusk’s range expands greatly to become that of a Wide Range Medic, her attack increases by 120% and her attack interval increases to just about 4 seconds per attack. Whenever she attacks and if there’s a valid deployable ground tile nearby, Dusk will summon a fresh Little Instinct, which follows the same rules previously mentioned. Additionally, if there already is a Little Instinct in the chosen tile, its 25 second timer and HP will be fully refreshed.

Definitely Dusk’s most eye-catching skill. The ability to constantly summon 2-block units with every attack creates many tech options for Dusk. If you do pull for her, this is definitely a skill worth looking and probably investing into.

A warning, however: this is one of the most expensive skills in the game, SP wise (to my knowledge, only Mostima, Shining and Nightingale S3 beat it!). At a massive 100 SP cost, you must make sure you have some contingency plan if you plan on using it often.

So, should I roll for Dusk? Is she the one to push the AoE Caster archetype past the curse of mediocrity? Can I just use her without the gnawing knowledge that I could just be using Eyjafjalla instead? Is her unique niche strong enough to warrant a spot on my teams? Can I just pull because the Little Instincts are very cute? The answer is MAYBE. While it is undeniable that Dusk is a powerful unit that overcomes the traditional pitfalls of her archetype (mainly the lack of DPS or consistent utility for their high cost), she’s still a caster in a world where Eyjafjalla and Ifrit exist, and where certain very high-impact banners loom in the horizon. You will get use out of her if you do pull her, and she will be a nice and unique addition to your roster, not to mention how her status as a limited unit may push you to pull, but you should first consider if you really need what Dusk does, unique as her niche is. Still, she will definitely not disappoint. At the very least, make sure you don't forget to use the free pulls! 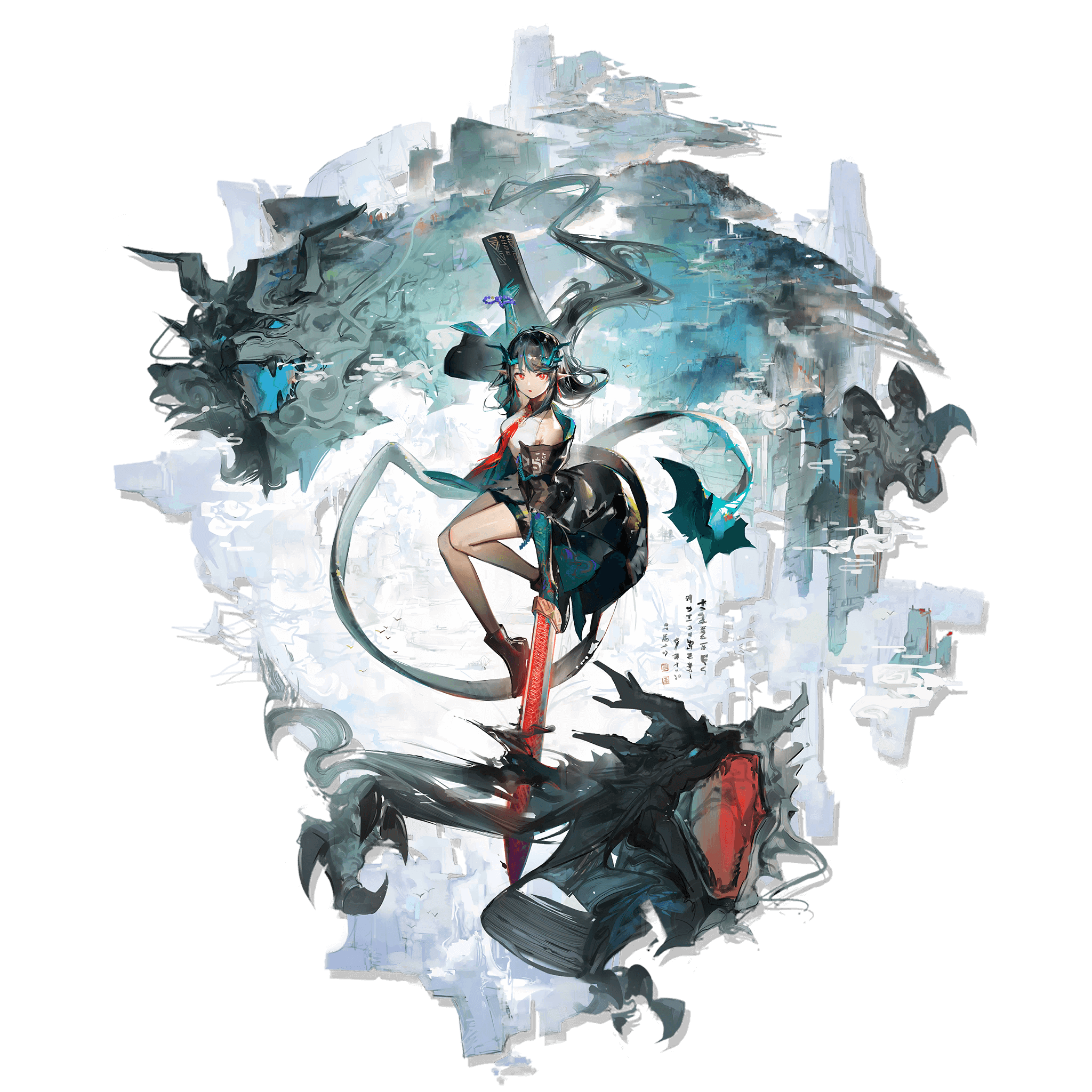