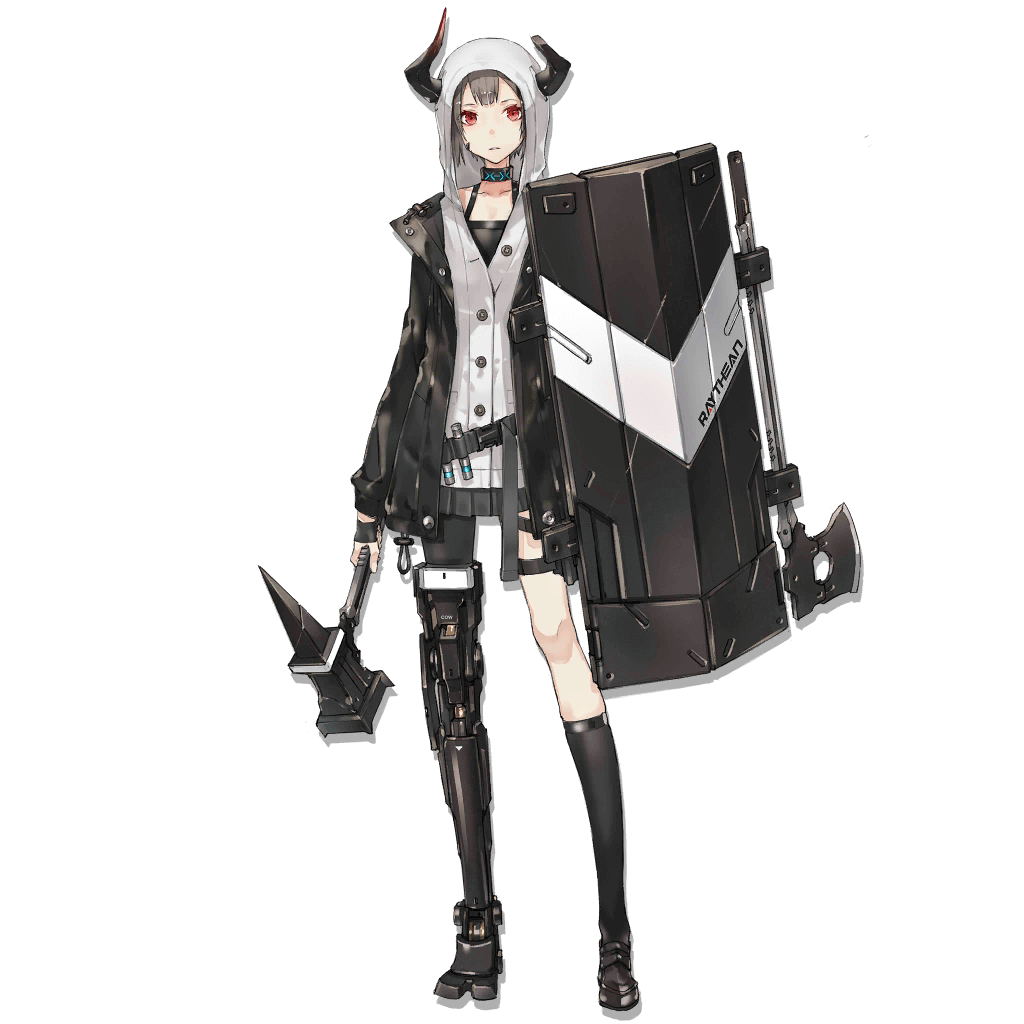 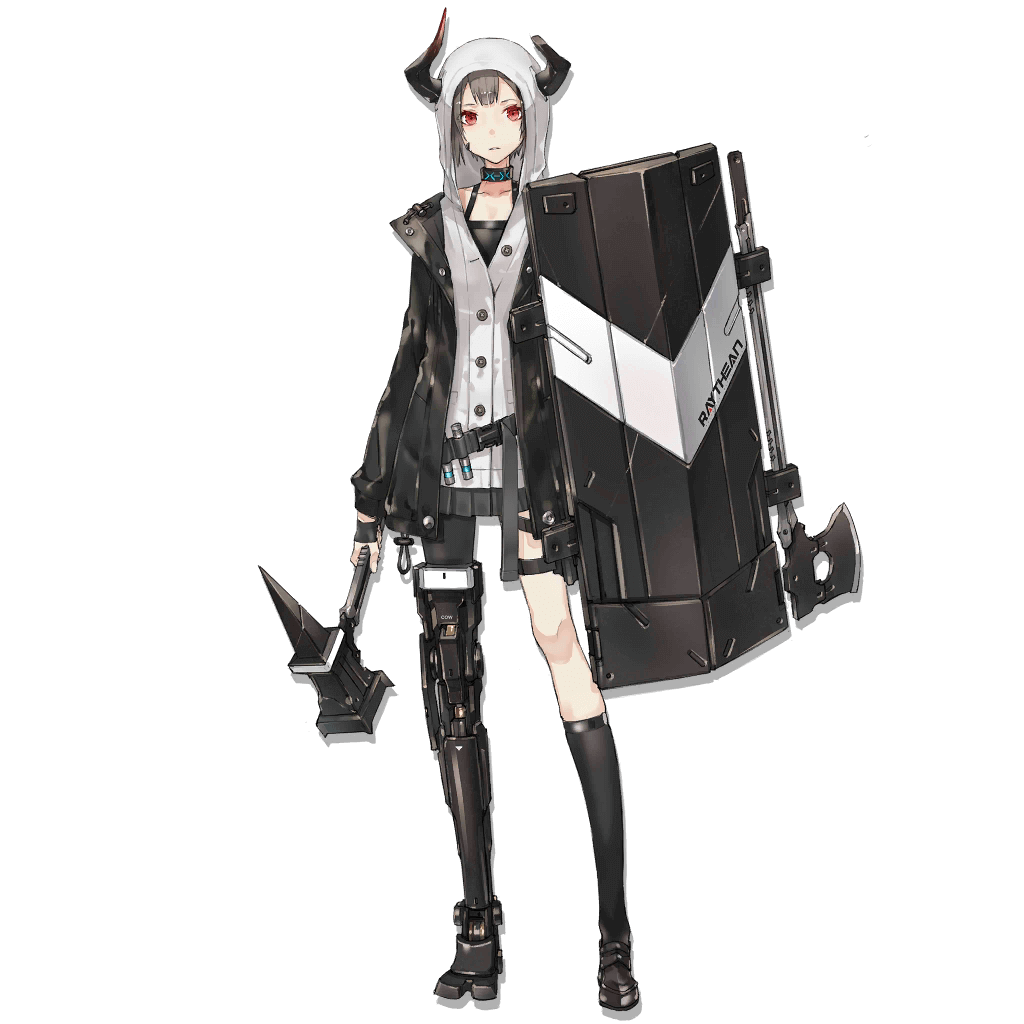 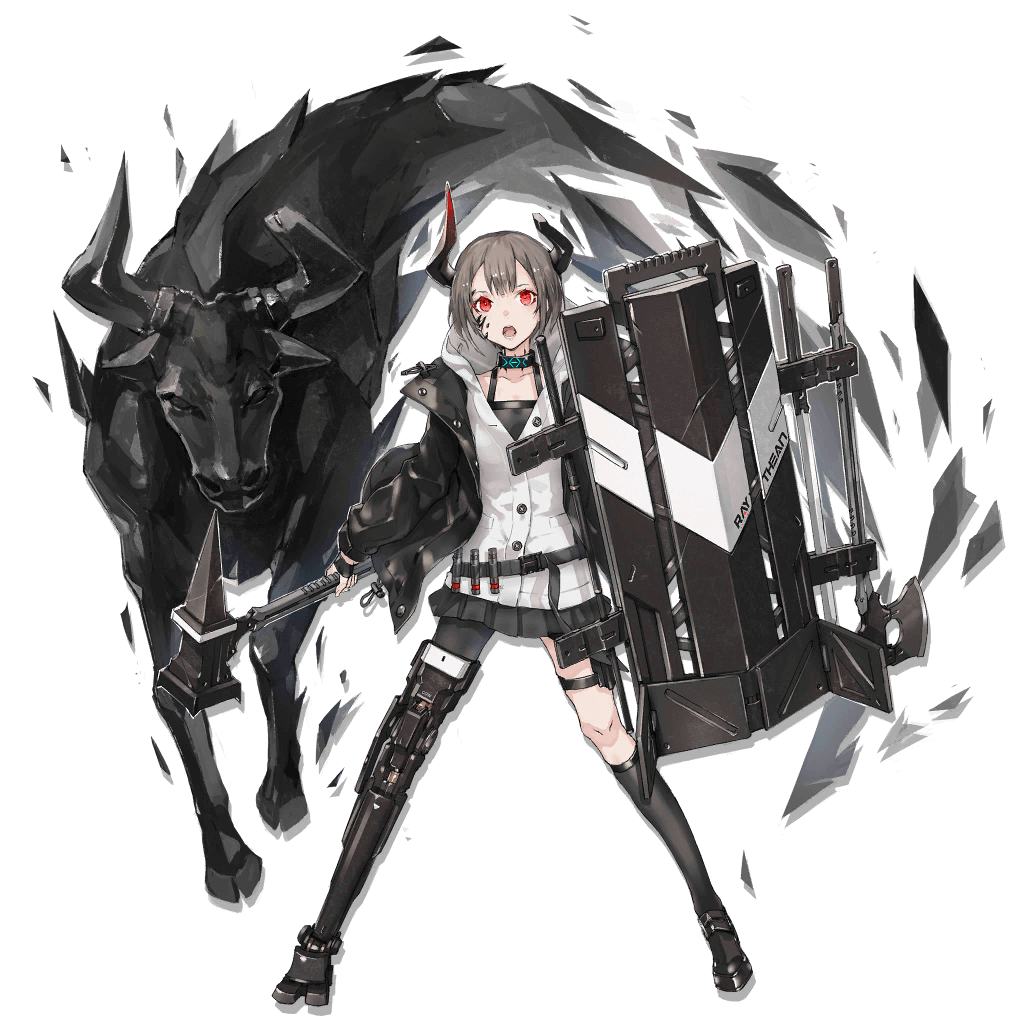 Cannot be healed by allies

Vulcan, Defender Operator of Rhodes Island, has lit the furnace for you. She's ready to start forging at any time.

Rather than fix things, she prefers to invent stuff.

Restores HP by 4% of Max HP per second when the skill is activated
Self-Defense
Lvl: 1

Restores HP by 5% (+1%) of Max HP per second when the skill is activated
Self-Defense
Lvl: 1

Restores HP by 4% of Max HP per second and obtains 25% Physical Melee Dodge when the skill is activated
Self-Defense
Lvl: 1

Factory
When this Operator is assigned to a Factory, productivity -5%, capacity limit +16 and Morale consumed per hour -0.15
Craftsmanship Spirit β Lvl: 1

Factory
When this Operator is assigned to a Factory, productivity -5%, capacity limit +18 and Morale consumed per hour -0.25

Vulcan is a blacksmith from Minos who sought treatment at Rhodes Island after contracting Oripathy, ultimately reaching an agreement to become a part of the team.
In charge of smithing and maintaining weapons for other Operators, Vulcan also goes on missions when necessary.

Increase Trust to 50.
Vulcan has an unwelcoming attitude for a lady blacksmith.
She is not even remotely interested in anything not related to weaponry, and when it comes to armaments she's only a bit more talkative than usual.
She made the smithy Rhodes Island provided her into her own bedroom, which she almost never leaves unless she's got a mission.

Increase Trust to 100.
No one fights quite like Vulcan does. She relies on her dependable equipment and powerful prosthetics in combat. As such, she is constantly repairing her equipment. Gear gets damaged in battle, that's normal, but Vulcan has mastered the art of quick repair even under fire. Keeping equipment functional is essential to her battle tactics.
In contrast, most Medic Operators don't have a clue about blacksmithing.

Increase Trust to 150.
Vulcan always says those who can't keep up with the times are doomed to obsolescence.
The march of time has changed the smithing trade from the sweaty man hitting an anvil to an advanced automation engineer creating weapons at maximum efficiency.
In Vulcan's workshop, for instance, are several of the most advanced machines on the planet that are regularly improved. It is also in this secluded corner that all weapons at Rhodes Island are refined and upgraded.

Increase Trust to 200.
Still, the most eye-catching thing in Vulcan's smithy is not any of the advanced robotic machines, but the enormous anvil and furnace. Yes, the very "obsolescence" she spoke of.
And yet, Vulcan still fires up the forge to hammer a piece of steel on the anvil, just like blacksmiths of old.
Of course, that has nothing to do with making or maintaining our weaponry, and is more like a ritual, though she has never explained its meaning.
Perhaps to her, those who can't keep up with times should become obsolete, but those who completely forsake tradition should not be called blacksmiths.