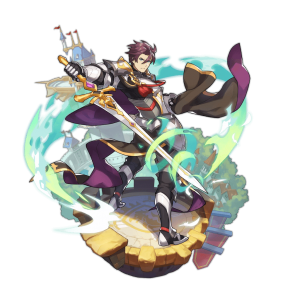 Leif cannot be impaired by either High Mercury or Ciella, making him a safe pick for learning fights.

Sword users have neither the reach nor the maneuverability of other weapon classes and are often uncomfortably close to their targets.

Vayu enhances both of Leif’s damage skills through the roof.

Pazuzu synergizes with Leif’s Poison and the Wind roster in general.

Hastened Squall performs exactly like Chariot Drift despite being limited to Wind.