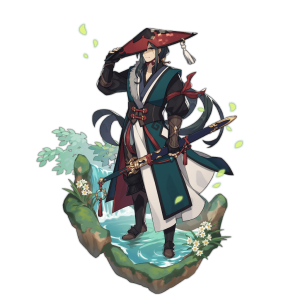 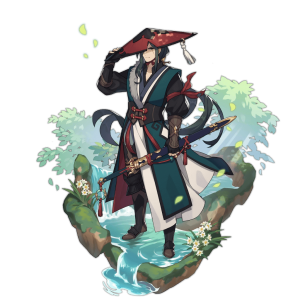 Being the featured 4★ Adventurer of Springtime Spree, Ku Hai debuts as Dragalia’s first Wind Sword wielder. He’s stacked for Critical Damage with a side of rapid SP gains, making for a highly aggressive playstyle. Unlike Axe bannermate Lin You however, Sword user Ku Hai feels much more at home utilizing a heavily offensive kit. High attack speed and even higher SP gains provide plenty of opportunities to dish out punishment, while Keen Blade enables Ku Hai to cut down bosses in Overdrive.

Ku Hai caps at 30% Critical Damage, the highest passive multiplier in the game. Swords are second only to Daggers with regard to speed, making them a good weapon for this set.

Swords build SP very quickly, and with both of his Skills being under 3000 SP, Ku Hai will be firing them off very frequently.

Having Critical Damage without as much Critical Rate will leave Ku Hai’s damage output in flux. The ceiling for damage is very high, but with a Skill-dependent 10% Critical rate, it will ultimately come down to luck.

Budget Options: Blade of Glory is the standard recommendation, but the Gilda Sword's self-heal can help Ku Hai maintain his Critical Damage passive.