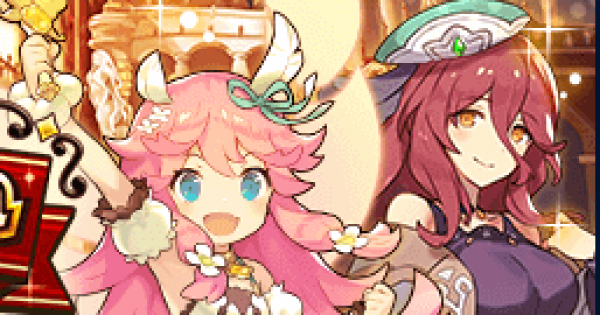 Welcome back to Should You Summon, an article which provides in-depth initial analysis of newly released adventurers or dragons summonable from the current banner. Whether you are a new or veteran player, it is again the time of the month for another gala banner. These banners have increased odds of summoning any 5 ★ adventurer or dragon from the regular 4% rate to 6%, making it a good time to chance your luck on adding to your pre-existing or new barracks. These banners also bring with them empowered versions of story relevant characters and dragons, which typically make a lasting impression on the meta upon release.

General PSA: If you have not noticed the adventurer tier list was recently updated to be reflect the current meta alignments of each element as of the 2.5 year anniversary. We have rewritten the explanations for flame and shadow units through tier 1, 1.5, & 2 and are planning to do the rest as soon as possible. We also have plans of adding an individual tier list for the Shadows of the Dominion Fight in the future.

Sweet sassy molassy is that me?! This has got to be the best timeline ever! Now i can bring the power of faerie magic to kick ass and wipe the floor of any fiend that threatens to hurt my friends.

Wow have I got a major glow up or what?! And wow is that shapeshift me in the future?! Goodness, with all that power I don't think anyone will be able to stand in the way of my faerie prowess.

With the release of our 14th Gala adventurer coinciding with the 2.5 year anniversary of Dragalia Lost, Cygames have finally turned our sassy companion into a fully kitted wind adventurer. And what an entrance it is. With a kit containing excellent burst damage options, multiple sources of dispel, and methods to rapidly generate combo counts it's almost like she's perfectly crafted to tackle the recently released Legend Ciella Agito Uprising fight.

Taking a deeper dive, Gala Notte’s kit overall boasts several strong points for an endgame DPS adventurer. Her Skill 1 Faerie Punishment boasts a respectable 1,712% damage modifier for the reasonable SP cost of 2,620, with the added benefit of dispelling a single buff from any enemies hit when the combo count is 20 or higher. This attack boasts 16 hits within it so the dispel requirement should be rather easy to get. Further more, her standard attack combo can generate a ridiculous amount of hits in rapid succession, helping her activate her Flurry Strength ability in the process. Her Skill 2 Faerie Illusion boasts an even higher damage modifier of 2,460%, dealt over 30 hits of damage, also guaranteeing the dispel condition to work such as it does with her Skill 1.

Both of her skills though also grant an additional effect that is tied to her second ability Metamorphosis. This ability grants Notte a unique dragon gauge that allows her to shapeshift into... herself (kind of like Tiki), no matter which dragon is equipped. To allow Notte to utilize this form sooner, both of her skills in her unshifted form fill her dragon gauge when they connect. She also boasts the Combo = Shapeshift Prep chain co-ability, which fills her dragon gauge by 3% for every 50-hit combo and meshes perfectly with Gala Notte’s rapid hit playstyle. When Gala Notte does eventually shapeshift, both of her skills are empowered and are immediately readied for use. Her Skill 1 is upgraded to Faerie Circlet, boasting a whopping 2660% damage modifier over 5 hits, at a ridiculously low 1,960 SP cost. It also can inflict Stormlash, which enables the use of its associated punisher wyrmprint for even more damage. Meanwhile, her Skill 2 is upgraded to Faerie Glory, which also has a significant modifier of 2,492% over 3 hits, at a relatively low SP cost of 2,620. While shapeshifted, Gala Notte also possesses a hard-hitting standard combo, which generates SP slightly quicker and boasts higher damage modifiers per attack.

Overall, Gala Notte’s kit is rather impressive and well designed for Legend Ciella. Her rapid hit playstyle enables her to destroy the hit-counter bubbles that spawn within the fight with relative ease, while her dispels ensure that she can remove the defense buffs that Ciella provides to herself in a relative quick and consistent timeframe compared to the rest of the wind roster. If there was one weakness to point out from her kit, it would be the inability to use the excellent Dragonyule Xainfried chain co-ability because of being unable to shapeshift into a dragon. This prevents her from having the ramp up capabilities that most other wind damage dealers enjoy. Even with this deficit, the buff heavy nature of wind endgame content should not prevent her from dealing out the damage whether possible.

Verdict: Yes. The premier damage dealer for Legend Ciella by a fair margin due to her consistent damage and dispel utility.

Oh, is that the human that Mym took her appearance from? Wow she seems so nice and caring. By whatever methods she appears before us I hope she can bring the wisdom and knowledge from her time with Alberius to the field of battle.

Gala Notte has also brought along Myriam for this featured Gala Banner, an adventurer which appears in the current raid event Dawn of Dragalia. As the human in which Mym took the appearance of in current times, Myriam boasts a kit which has the potential to make waves in the upcoming Rise of the Sinister Dominion boss fights being released over the next few months.

Myriam brings an entirely new mechanic with her kit: amps. Amps are newly added buffs that are unaffected by the Curse of Nihility debuff present in the recent Rise of the Sinister Dominion quests. These buffs will never be removed or dispelled compared to normal buffs such as those that boost strength, defense, or critical rate for a period. This alone makes Myriam the premier wind buffer for any future water-attuned Rise of the Sinister Dominion bosses due to being the only unit capable of providing damage support for those quests.

While this support utility will surely be useful in the Rise of the Sinister Dominion quest, particularly for her usage of additional skill shares in the third and forth skill slots, the rest of her kit is rather unimpressive. Her Skill 2 Blast of Emotion deals 11 hits of damage for a total modifier of 3,795% while drawing enemies together, which seems impressive on paper. However, the animation of this skill is long, and combined with the rather high SP cost of 7,500, Myriam does not seem setup with damage in mind. At the very least, the secondary effect of this skill restores HP to the user and nearby allies if she has a team strength amp applied, not a bad defensive support option. Her second ability Strength Amp = Reflexive Evasion II meanwhile is rather useless, granting her a 30% chance to dodge an attack via the reflexive evasion buff when a team strength amp is equipped. Considering most players will be actively pursuing survivability in a fight, as well as the relatively low activation rate, this is a very unreliable ability that you should not betting on to pull you out of tough situations if you are positioned badly.

While there is no content that she excels at in current times, her skills overall put her into a similar niche that Kimono Elisanne currently fills in the flame element, in which her abilities allow her to be a decent pseudo support and healer option using her personal skills and skill shares. Unlike Kimono Elisanne though, her consistency in maintaining her level 2 team strength amp isn’t that great due to her having to cycle through her Skill 1 three times in order to increase its duration by 15 seconds, meaning that her buff will eventually reset no matter how much skill haste you have built towards. Comparing this to Kimono Elisanne, she only has to use her Skill 1 once to activate a 60 second winder for her 40% teamwide strength buff and 15% wind damage reduction. However, in an environment where two strength amp units are in play though, maintaining this team strength amp would be significantly easier. Either way, there is potential for her and Kimono Elisanne to be meta defining in the Rise of the Sinister Dominion quests due to their respectable buffs being unaffected by Curse of Nihility.

Verdict: Maybe. While Myriam is irrelevant as a unit in the current Agito Uprising environment, she does have good potential for having quicker clear times with her buffs then just running a damage unit in her steed. If you don’t have the resources to pull for her, I recommend skipping her for now.

If you have not noticed already, this banner allows you to spark for every single gala adventurer and dragon currently in the game. If you have previously missed on the opportunity to get a specific gala unit, have a lot of resources to spend and don’t want to test your luck on a gala remix banner this is the best time to guarantee summon that unit.

This banner presents a daily tenfold event, where for the duration that the banner is live you can perform a tenfold summon for free once per day. It is recommended that you try your luck with these free summonses before dedicating summoning currency to those units. In the end, if your able to leave the banner without spending a dime, you will certainly be positioned well for future gacha pulls.

Gala Notte makes it a must pull alone for her amazing utility in Legend Ciella, while Myriam is the nice icing on the cake for the future Rise of the Sinister Dominion quests. However, if you aren’t planning on tackling Legend Ciella anytime soon, or you do not care for the absolute hardest endgame content in this game, you could skip this banner and save for the future. Especially as the end of May could present another Fire Emblem Heroes collaborative event.