Duo Heroes, Halloween Hector, and the Impact on Aether Raids

Halloween Hector burst into the game with not only his precious daughter, but also new mechanics that were first introduced in the FEH Channel in October 2019. In this article, we will specifically focus on how Halloween Hector’s Duo Skill could be used in the context of Aether Raids.

Halloween Hector’s Duo Skill works very similarly to a Level 3 Bolt Tower; it deals 20 damage to his current and adjacent columns. The main difference is that it can be done on command with the press of a button.

Furthermore, Hector’s Duo Skill could be combined with 2 Aether Raids Structure. The first being the above mentioned Bolt Tower for even more damage on Turn 3, and the second being the newly introduced Duo Indulgence, which enables Hector to use his Duo Skill Twice.

There is also the Defensive Structure Duo Hinderance. However, as it also requires the use of a Duo Hero, it is very difficult for Defense Teams to currently leverage this structure due to difficulty in incorporating Halloween Hector (the only Duo Hero as of the time of writing) into a defense team. As such, countering Hector is an uphill task for the defender.

There are 2 general applications to Hector, which will be discussed further below. 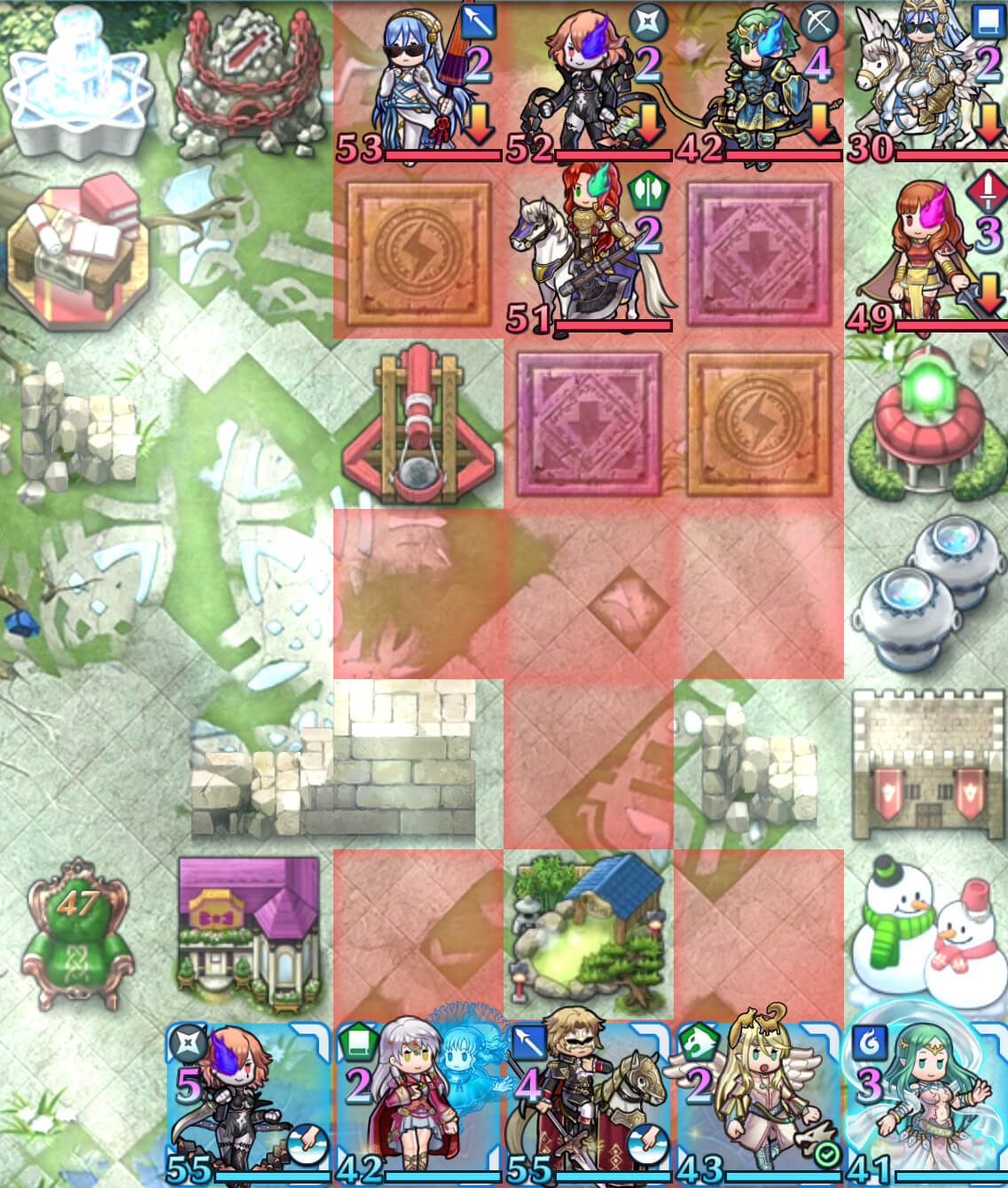 The first is the more obvious application of weakening the tank units. Usually, frontline units that could soak large amount of damage is at the front, and the less durable ones are at the back. By using Hector’s Duo Skill, it shaves off a large portion of the tank’s health when the player want to engage on it. This could also disable skills that requires health thresholds, which includes Quick Riposte, Guard and Seliph’s Refined Tyrfing.

Opening up the frontline creates a lot of possibilities for the attackers, such as Galeforce on the defender’s backline, dancing and sniping another unit using the tank’s space, and many more. The lowered health from the Duo Skill also makes Vantage sweeping much easier as well, especially for Kronya. 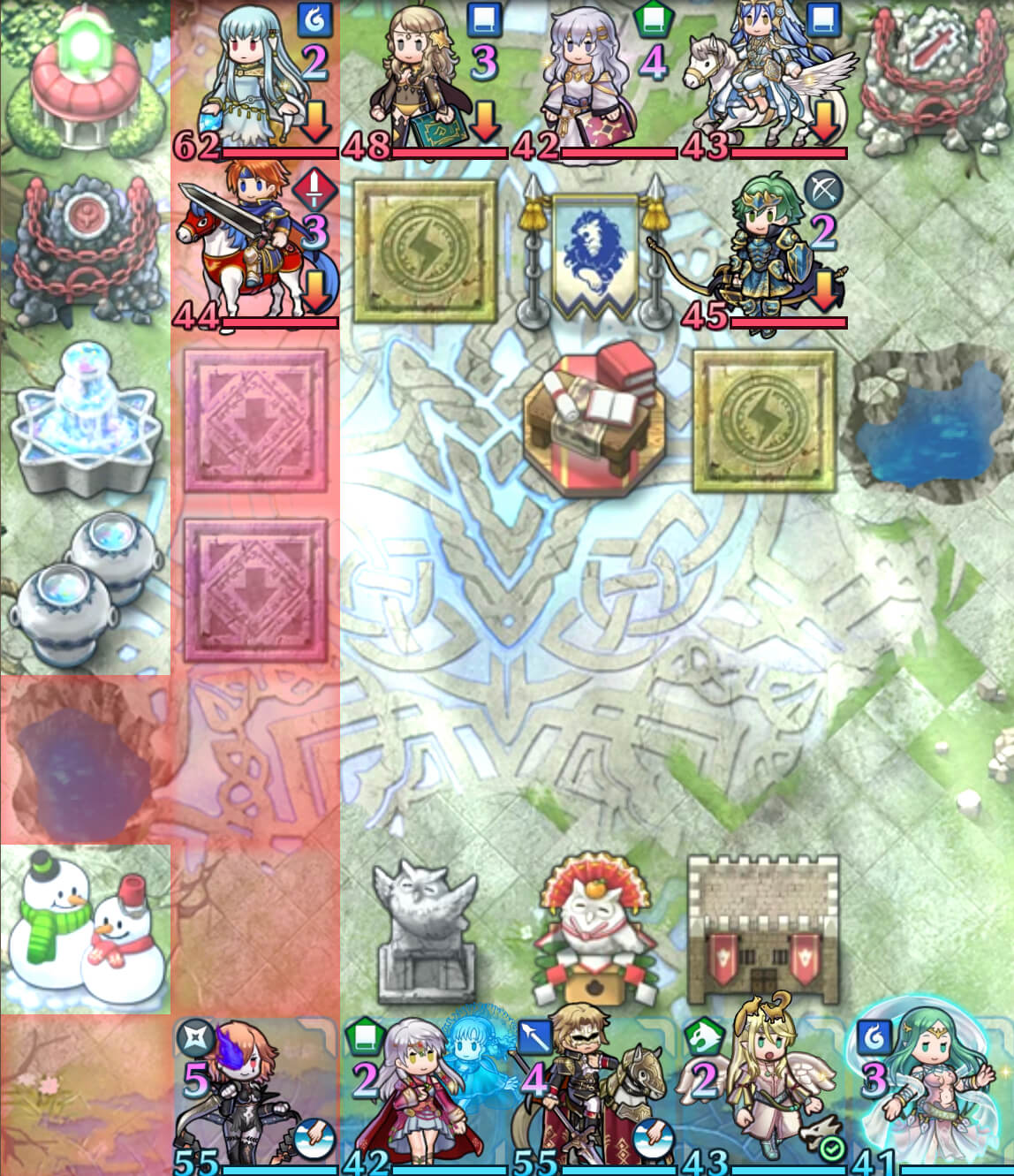 Infantry Pulse is one of the most common way of accelerating specials for a defense map in Aether Raids. Infantry Pulse relies on having specific HP values to ensure that the strongest nukes get the strongest specials. However, Halloween Hector could foil the defense’s plans as well.

By only sniping the highest HP units and leaving the nukes untouched on Turn 1, it is possible to put the unit with the highest HP below the nuke’s HP, which mean that the Infantry Pulse unit no longer works. Using Hector in this manner could potentially disable the whole opposing team’s specials, making taking hits from the opponent much more manageable.

In conclusion, Hector’s Duo Skill is absolutely phenomenal in Aether Raids Offense due to it providing strategic flexibility, be it for offensive plays such as Vantage sweeping, or defensive plays by disabling specials. With the structures helping Hector out as well, it is needless to say that his impact in Aether Raids will remain for a long time.

As for Duo Heroes, it is likely that the developers will also introduce more Duo Skills that grant effects of a variable potency. It is also possible for them to develop a Duo Hero with good defensive potential as well. It is up to the player to decide if it is worthwhile to jump the gun on Halloween Hector, or wait for a potentially stronger Duo Hero.