Community Posts with Keyword Kronya All 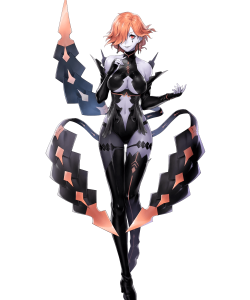 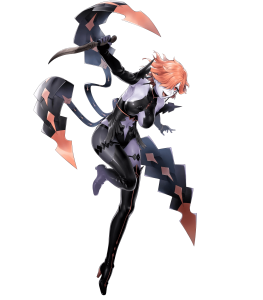 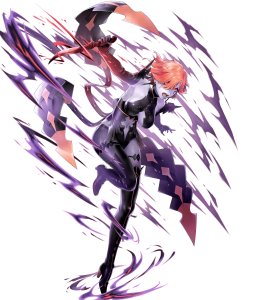 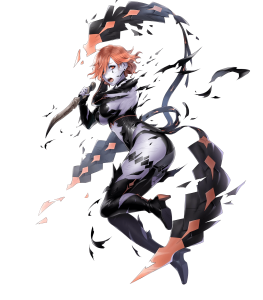 Kronya’s exclusive Athame is her key to fame and differentiates her through its Vantage-esque effect, though it differs from actual Vantage in one crucial way: rather than being dependent on her own HP pool, Athame instead requires that her opponent be below full HP.

As a bonus, Athame also provides Kronya with a considerable +5 in-combat boost to both offensive stats, further solidifying her combat prowess. It’s worth noting that she can actually benefit from this boost in both phases, which allows for added flexibility in the approach she can take and is a nice bonus for sweeping up any remaining foes who are already weakened.

While Kronya’s base Speed of 39 may not necessarily contribute much to her damage output in her typical one-shot playstyle, it is still useful to her as it provides an appreciable degree of safety in the case that she has to tank an enemy hit (which isn’t always avoidable even with Athame’s effect) by helping her deny enemy follow-up attacks, which can mitigate a great sum of damage. This also helps her in her initial setup during the Player Phase and pairs nicely with the in-combat boost provided by Athame as well.

As a colorless unit, Kronya benefits from neutral matchups across the board against all foes (with the rare exception of units wielding a Raven effect), which grants her strong consistency in the types of foes she can safely engage in combat against.

Thanks to her infantry status, Kronya can take full advantage of her free B slot to further elevate her performance as she boasts fantastic skill availability, augmenting her viability greatly (especially for Aether Raids Offense since she has several workarounds to counter-Vantage strategies that other units do not possess).

Since the majority of Kronya’s functionality lies in Athame’s built-in Vantage effect, she remains incredibly vulnerable to the Hardy Bearing seal or a weapon that includes its effect since it effectively shuts down her weapon. In a similar vein, sources of enemy heals (such as the Healing Tower in Aether Raids) are greatly detrimental to Kronya’s success since Athame requires that her opponent be below full HP to be functional.

Although Kronya’s sheer potential and usefulness is undeniable, the Gleaming Blade does need a hefty amount of investment (particularly in merges and support due to her initially unimpressive base Attack which counteracts her one-shot heavy playstyle) to truly shine. Kronya can certainly be an asset at one’s disposal even at lower levels of investment, but more precision and safety will likely be required to ensure her success

This bitch rocks my Aether defenses. Usually she is the reason the other team ends up screwed.

B SKILL - Lull Attack is BIS because it really ensures DB4 hits as hard as it can, and helps to ensure she is tough enough to tank the one hit required to activate her built in vantage. Hitting with DB4 makes the most sense if you are setting Kronya up to strike units who are positioned to attempt to tank her hit (and typically fail...except that one amazing Fjorm...)

Lull Attack really brings this home and is the reason I also took DB4 (wanted the most out of my Dimitri fodder), since speed is hardly an issue (I buff her +6 more out-of-combat and Athame does the rest). Lull Attack lends +2 to her attack and +2 to Def/Res while also nullifying the foes buffs, allowing her to hit incredibly hard for her low base attack.

C - Moving Savage Blow to the seal to make room for Time's Pulse helps to ensure that Kronya effectively disadvantages her foes after she strikes them. Even though DB is player phase only, she can negate her foe's special while activating her vantage thanks to the savage blow (all she needs is her foe to have less than 100%, so anything more than a single Savage Blow in either Seal or C is unnecessary).

Multiplying that attack number with GLIMMER SPECIAL has been ideal for me. FLASHING BLADE SEAL really brings this home ensuring she hits with her special on each engage.

I partner her with DUMA (blessing as well for the added attack in season), making SAVAGE BLOW seem unnecessary, but still optimum since plenty of maps have healers to undo your work.

I never really thought I'd try to +10 her, but the Grand Hero Battle thing really inspired me to spend my feathers... I know it's probably not the best thing, but I wanted to try it out!

Takes the basic Athame build but instead of running special spiral we are using windsweep.
we use windsweep instead to make initiation safer since most front line tanks will me physical. Seeing how this is a frail OHKO build the safety of not being retaliated on because of windsweep is preferred over attacking twice on initiation. We do lose out on always having moonbow up and while we can run flashing blade to at least get moonbow active every second attack, the safety of windsweep lets us tank the one/two hit(s) we would have taken on a special spiral build.

The pinnacle of a bait unit. Get one clear attack in and chances are, they’ll all send themselves to their demise by this diabolical queen of death and her wicked dagger, Athame.

"The spider weaves her web with ill intent. She knows the flies will challenge her. She knows that in their haste, they'll not waste a second thought on something so trivial as a scratch on the leg. Such carelessness shall be their downfall. For when they reach her shadowy den the sweet scent of their blood will betray them. Only then will they know Agony's embrace: a Gleaming Blade in the dark."

This build takes full advantage of Athame by chipping away enemy health w/ Savage Blow 3. Quickened Pulse, Special Spiral 3 and any 2 cooldown skill of your choice help gain an early and constant advantage by either healing Kronya or further boosting her damage; allowing her to one-shot enemies with her guaranteed attack priority regardless of phase. Finally, a movement assist skill allows her to easily position herself to counter enemies.