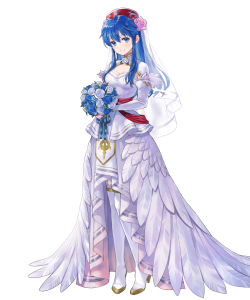 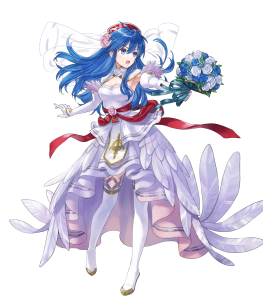 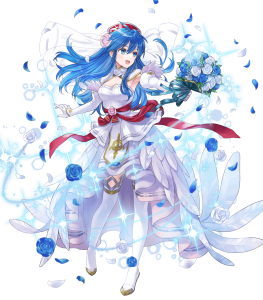 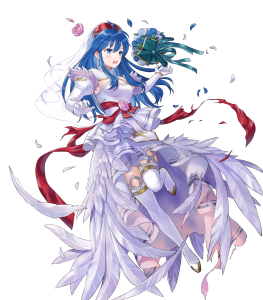 Lilina’s new weapon, True-Love Roses, has multiple great effects. It reduces Special cooldown by 1, provides the Quickened Pulse effect of charging her Special by 1 at the start of turn 1, boosts Atk and Res during combat, and deals extra damage equal to 10% of her Res, which will be about 4 or 5 extra damage in most cases.

Lilina shares the Special Gifted Magic with her Legendary version, and uses it well. She can charge it immediately at the start of turn 1 with True-Love Roses and activate it before her first combat for extra damage. As long as her Special charge isn’t slowed in-combat by an effect like Mirror Stance 3, Lilina will gain the 1 charge needed to activate it again when she attacks during combat, and have it ready for her next combat.

Lilina’s base 44 Atk allows her to deal high damage when attacking, and her base 42 Res allows her to take little damage from magical hits, and gain a bit of extra bonus damage from True-Love Roses. Her base 39 HP is decent, and contributes to her ability to take a magical hit.

Lilina’s status as a tome-wielding cavalry gives her top-notch range and movement, and allows her to use great skills like Lull Atk/Res and A/R Far Trace.

Lilina’s base 22 Spd is very low and her base 16 Def is terrible. She has trouble gaining a follow-up attack against most foes and takes very high damage from almost any attack that targets Def. However, due to Gifted Magic dealing extra damage before combat, this is less of an issue than it would be for most units.

Units with skills such as A/R Far Save can be an issue for Lilina; Specials like Gifted Magic that activate before combat activate before Save movement does. So it is entirely possible for her to attack a unit, activate Gifted Magic to hit them, but completely miss the Far Save unit two tiles away. This allows them to cut Lilina’s total damage dealt by about 30-50%, making her much easier to tank and KO. Because of this, it may be better in some cases to use in-combat damage Specials like Iceberg.

Enemy units with very high Res stats will take little damage from Lilina’s attacks. Enemies using skills like Close Call can also cut her damage significantly, allowing them to survive and KO her with a counterattack. Those with both, such as high Res dragons using Dragon Wall, can be very difficult for her to beat.

If Lilina is targeted by an effect that triggers False Start before the start of turn 1, her Gifted Magic will not charge itself, heavily reducing her damage. At the time of writing, this is generally only relevant if she is being used on an Aether Raids Anima defense against an offense player using Elimine. After Gifted Magic is charged, she may also be hit by enemy effects such as Odd Pulse Tie or Even Pulse Tie that can increase its charge count to prevent her from activating it before her next combat.

While Lilina’s effects make her a relatively unique unit, she does compete with many other powerful units, including other similar tome cavalry like Hapi and Legendary Lilina that have strengths she does not (Beast and Dragon effectiveness for Hapi, Hardy Bearing for Legendary Lilina).