Community Posts with Keyword Canas All 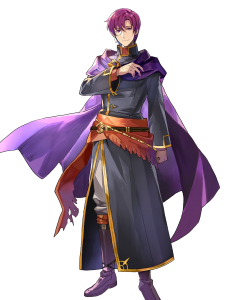 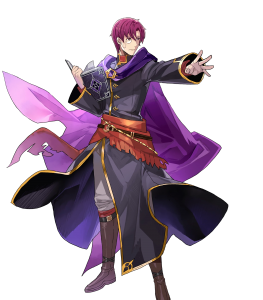 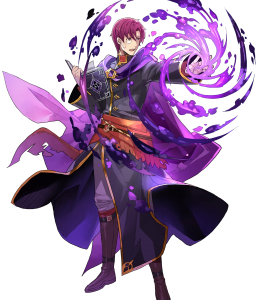 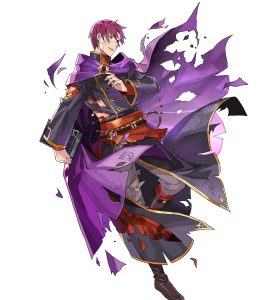 Canas’s Ancient Codex is single handedly responsible for pulling Canas out of the pit of mediocrity and making him a decent Player Phase unit, thanks in no small part to the large Attack and Resistance boosts it grants while also dealing Resistance scaling damage(Based on the higher between his own and his foe’s). This lets Canas be a decently strong option for a Player Phase unit due to his high damage output.

Canas’s Speed and Defense are both fairly low at base 29 and 21 respectively, making follow-up attacks a rarity for him and making him susceptible to being KO’d easily by physical foes.

An extremely high-investment build, for those looking to show their Canas bias. This build aims to maximize the mage’s initially unimpressive Atk, while also making use of his good Res to tank magic users.

Salvaging Canas’ Atk means getting as many visible bonuses as possible to enhance a Rauðrblade+ tome. Even though this normally demands outside support, Atk/Res Menace will effectively give Atk +18 during combat, while also debuffing the closest enemy. Death Blow 3, Lull Atk/Res 3 and Atk/Res Unity, while not affecting Rauðrblade+, still massively improve Canas’ firepower even further. They also negate any possible penalty on Canas’ Atk or any bonus on his foe’s Res. A cheaper alternative to Atk/Res Menace and Death Blow 3 would be Odd Attack Wave 3 and Even Attack Wave 3 as C skill and Sacred seal. The effective Rauðrblade bonus would drop to +12, but these skills would also benefit adjacent team members. For Atk/Res Unity, any good offensive A skill could be a suitable replacement. One might also consider replacing Death Blow 3 with seals such as Attack +3, trading some firepower for more versatility.

Going for this build would be an obvious waste (if it wasn’t already) if one would not aim to +10 Canas. Investing 15 dragonflower upgrades and 100 Trait fruits for an Atk asset is also almost mandatory.
If all conditions are met, a maxed-out Canas with this build can initiate combat with an effective Atk of 90 (if we also count the debuffs inflicted on the enemy’s Res).

Unfortunately for us Canas fans, he was dealt a bad hand when he finally came around, being considered a worse Raigh, due to lack of merges and IVs. So I decided to sit down and think about how to make the Shaman a force to be reckoned with. Four hours later, I come out with this.
I went with his default tome due to the lack of refines for -blade tomes. However, Rauðrblade+ does work very well with other Tactics, Waves, and so on. Another choice is Rauðrraven+.
Pivot lets him get out of a tight situation once Swordbreaker falls, getting into the perfect spot for ensuring Resistance Tactic hits as many team members as possible, or taking advantage of the bonus effect of Rauðrowl+.
Glacies runs off of his naturally high Resistance.
Close Counter and Swordbreaker are the focus points of this build. It allows him to deal significant damage to most sword units, allowing the rest of your team to finish them off. Many sword units, such as the ever-popular Ayra and Zelgius, are hit hard by Canas due to their mediocre Resistance.
Resistance Tactic lets him buff his teammates' Resistance.
Close Defense is meant to ensure he gets the most mileage possible off of Close Counter.

Let's try and make something out of our friendly scholar

This build revolves around two things, having allies stick to him and have him stick to allies. Spur skills are kinda out of fashion, but it'll work here.

The first part is done to bait mages and some archers/daggers. While 3 allies is hard to do, 2 is often possible. So with the boosts he'll reach 52 atk and 42 res or 25 def. Not counting the buffs/spurs he'll be able to easily get.
Aside from that he'll have 35 speed. Not enough to double, but it allows him to avoid a lot of doubles. This is the one thing he has over units like Sanaki, Lilina or Julius. The spd+ owl tome shoots his spd from 'wasted' to 'kinda good'

The second part is for when he won't be able to deal with things himself. It allows him to boost an offencive ally even further with +4 atk/spd.
For this reason he should be paired with a desperation offence unit. Swap should allow him to move the offence unit while still staying next to them.

If you like this build, but don't care about Canas as much as I do; you can also run it on Raigh if you're willing to merge him.