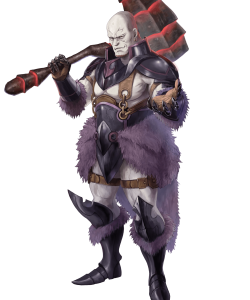 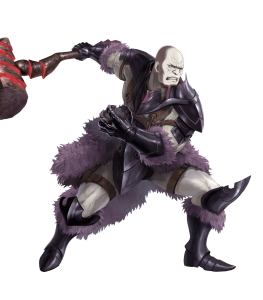 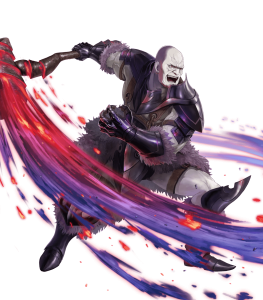 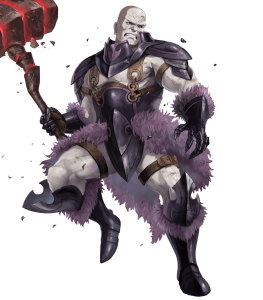 I Was Born A Hater! I Love Hating! Hating Gives Me Life! (Enemy Phase)

Keeping up with the non-existent trend of solid Grand Hero Battle additions, we have Hans who debuted in Book VII with his own signature weapon Aurgelmir. Quality assurance is generally hit or miss, yet they pulled no stops for Hans as his weapon:

Effectively being a 25 MT weapon that grants 6 Spd during combat, Hans will hardly ever struggle to get damage out, especially with his base Atk in tow but more on that later. Beyond the stats, Hans also gets a guaranteed follow-up attack which can be quite beneficial against units with Wary or Impact effects as he’ll be able to double through it if he has enough Spd, which he’ll have in most scenarios. And the icing on the cake is most definitely the Ginnungagap-esque effect which takes all the damage he reduced and reflects it back at the foe on his follow-up attack. So, if you thought he was going to struggle to deal damage before, that most definitely won’t be the case now. Overall, for a Grand Hero Battle addition, Hans is quite competitive as a unit and if you’re looking for a solid combative unit that also has scoring potential, Hans is definitely your best bet.

By this point in the game, it’s expected that modern units enter the game, at the very least, with a competent statline. Hans, however, went a bit above and entered the game with a base Atk stat of 45 and a base Spd stat of 39, both having their own respective superboons. As a result, Hans is currently tied for the highest Atk stat in the entire game, and with his weapon being a 19 MT PRF that also grants an additional +6 Atk/Spd during combat, he’ll never struggle to get damage out and will have relative ease with natural doubles.

As with many other Infantry units of his kind, he, too, can run an assortment of skills thanks to his archetype as an Infantry Axe including, but not limited to, Finish skills, Damage Reduction skills, Null Follow-Up, Tempos, Tempest skills, and much more. Depending on the role you want him to perform, he’ll have plenty of options at his disposal.

While this will not be prominent for Player Phase purposes, given that the condition is an either/or scenario which will activate if initiating, if he has to act in the Enemy Phase, he will be limited in terms of supportive capabilities due to the Solo conditional. It’s not a complete make-or-break situation but comparatively, to units that don’t need to be Solo and can run the Bulwark line of skills, they’ll be able to run additional supports whereas Hans cannot, and the general lack of flexibility when it comes to overall positioning can prove troublesome in scenarios where he has to group up with allies. That being said, as far as other readily available Axe Infantry units are concerned, he stands amongst one of the best.