Community Posts with Keyword Lucius All 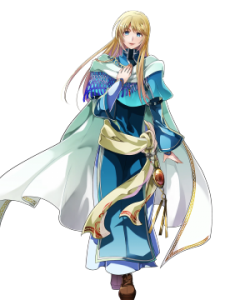 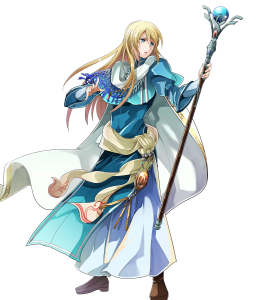 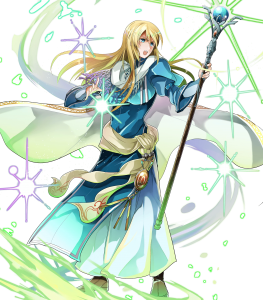 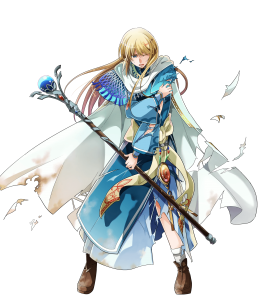 Lucius has fantastic Resistance, coupled with decent Attack and Speed for a healer. This opens him up to a lot of offensive options that many of his fellow healers lack.

Lucius is one of the more flexible healers, thanks to his decent Attack and Speed stats, offset by his impressive Resistance. He is capable of hitting his opponent with massive debuffs via Ploy skills and then baiting or attacking them into an advantageous situation. This Lucius should never be attacked, and so his HP and Defense are negligible; his Resistance however, is focused on slightly to improve his chances at landing his important Ploy skills. Speed is generally preferable in the long run, unless you anticipate running up against many opponents with a Res stat higher than 35.

The idea here is to increase Lucius’ Speed and Attack to give him more opportunity to double and do as much damage possible. He won’t be counterattacked due to the Dazzling effect on his staff and if he’s Repositioned away by an ally, he cannot be pursued due to the Gravity debuff on all of his opponents. This utility alone makes him incredible at crowd controlling the enemy team, particularly if up against a highly mobile cavalry team or a team of armor units with Armor March.

Atk/Spd Bond is both a rare skill and difficult to set up properly, but due to healer inheritance limitations, it’s the only significant stat boosting A slot that Lucius can equip. Due to this, he needs an ally near him at all times in order to give him a nice +5/+5 to Attack/Speed, which helps his middling stats very well.

Be careful of using this Lucius against an opponent with Wings of Mercy, of course: if he can’t finish the kill then there’s a chance that his Gravity will be negated due to a dancer with the skill. Otherwise, he’s fantastic at offering your team the space to breathe when confronted by a highly mobile team, and he pairs very well with Player Phase units.

This Lucius disregards his Player Phase utility entirely to work properly in the Enemy Phase, foregoing the Dazzling effect in favor of picking up Quick Riposte. He is lethal to cocky mages who think that healers are easy targets, as this set boasts a Resistance of 46 at neutral- 49 with a boon. Coincidentally enough, his Attack also hits 49, with the added benefit of an Atk Smoke debuff to his attacker and surrounding enemies.

The concept here is simple: debuff your opponent through Res Ploy and then bait out any magical target while counterattacking twice. Lucius will often win duels against the mages due to his sheer hardiness and massive debuff potential.

Like his first set, his Enemy Phase set revolves around having a nearby ally for Atk/Res bond to activate, however this is much easier to set up for an Enemy Phase unit. Brazen Def/Res is his secondary option, which requires him to be damaged before it activates, but offers him a very nice Resistance buff that makes it nearly impossible to drain the rest of his HP through magic-based attacks.

Because many mages are competing in the 40-45 tier of Speed, it’s better to just give up on his Speed entirely in order to pick up Quick Riposte, a skill which will ensure that Lucius hits twice with his impressive damage, vastly increasing his odds of a KO.

When selecting weapons, Slow over Fear is a personal choice: Slow will not benefit Lucius himself much, but is a massive help for his Player Phase teammates. Conversely, Fear will help Lucius himself to tank even further (but will not stack with Atk Ploy if you choose to run that) Fear also may not be as useful for his teammates if they have Player Phase builds. Both of these have higher damage than other staves, such as Gravity or Panic, and can kill, unlike Pain, and so they’re both recommended for a build in which you intend for Lucius to get a KO.

Lucius was one of the first healers introduced into Fire Emblem Heroes via a banner, and while he existed for a long time in colorless pitybreaker hell, he’s actually one of the best (if not the best) offensive infantry healers.

With an impressive Resistance stat of 35 and decent Attack and Speed for a healer (32/30 respectively), he comes with an admirable ability to put mages into check and is often able to bait them out so that your other units can come in for the kill- that is, if Lucius himself can’t finish them off first.  Unlike some healers, he’s very flexible and can easily fit into many of the playstyles your team needs.

He can heal your team of course, which is a big boon when considering that many popular units prefer Enemy Phase builds and are guaranteed to take some chip damage

His weapon can debuff the enemy team in remarkable ways, with the option of crippling their Attack, Speed, or even their movement

Despite all of the tank-like units coming out in recent times, Lucius still has an impressively high RES stat, with the second highest Resistance in the game (at the time of writing, 3 units have 36 Resistance, and 7, including Lucius, have 35)

He can utilize this to debuff his opponent with Ploys, and he can also bait out threatening mages. It stands to note that Lucius can counter and kill a standard +ATK/Death Blow/Moonbow/Quickened Pulse Reinhardt with nothing but a Resistance Boon and a Wrathful Staff enhancement.

Lucius’ Defense and HP stats are quite poor, giving him a combined physical bulk of 50 before a bane

Like every other healer in the game, Lucius is limited in what he can and cannot inherit

His lack of offensive Specials is particularly sad, as it prevents him from unleashing a fantastic Iceberg or Glacies

His A slot is similarly limited, with an inability to obtain skills that would benefit him, such as Warding Breath, Swift Sparrow, or Fury

-HP kind of interferes with being a miracle user, would have preferred -Res since he&#039;ll survive magic attacks anyway. +Def means he can actually take a physical attacks, as long as he isn&#039;t killed before Miracle charges. Swordbreaker 3 and Wrathful Pain+ allows Lucius to kill and survive swords, while the Pain+ and double Save Blow weaken everything else.

A bit of a tweak to the suggested EP build. Moves QR from B to S, losing DD, but gains protection against blade mages instead.

40 Res is enough to tank QP/Moonbow Rein, and Dull Ranged will act just like DD if he's buffed (but is much more powerful than DD against bladetomes).

There's a bit of a mistake in the write-up, when they say that Pain can't kill. The in-combat damage certainly can kill, and Pain+ has 10 might (while Fear+ and Slow+ have 12). It's only the post-combat Pain effect that's non-lethal.

The Pain effect lets him tank a mage on EP, then finish off someone else on PP. The 10 point hit essentially gives him the equivalent of 45 base Atk against anyone that was affected. But of course other staves can work as well, depending on the team. The extra 4 points of damage (from QR with a 12 point Staff) can swing some matchups, particularly against tough, high-res, Mages.

Martyr+ provides some self-healing, since there's no room for L2S in this build, and Miracle can be activated by a single round of QR combat (if Lucius is doubled), followed by healing an ally (and himself).

I've included Spd Ploy here to counter L&D Lilina/Sanaki. They're usually thought of as slow, but they have Spd superboons, and can hit 37/38 when built for Speed. They don't depend on buffs for damage, so Dull Ranged is useless against them (but if Lucius has his own Spd buffs, he can ignore any they might have).

He can't survive two hits (certainly not after getting hit by Forblaze's chill Res, which would kill him even with DD), so he needs to gain his own Speed boost.

(Note that if Lilina has Spd buffs, Dull Ranged and Spd Ploy will not stack. Lucius must gain more Spd of his own. Thus the alternative fixes.)

An alternative might be changing the A slot to Atk/Spd Bond, and running Atk Ploy in C.

Or stick with Res Ploy in C, but grab a S. Kagero for Spd/Res Bond. This makes him pretty much invincible, as I don't think there's anyone out there with 40 unbuffed Spd, and 59 unbuffed Atk.

Of course, if he has Spd support from his team, this is much less relevant, but I thought I'd put it out there, for those with spare Deirdres, (or -Atk Kageros they'd like to get rid of).

This Build uses the power of Dazzling Pain+ and Savage blow 3! Using this Build makes Lucius amazing at wearing down multiple enemys hp at the players turn! Using Wings of mercy is amazing on any healer so it's a must for our delicate flower! Attack +3 is so he can do decent damage however you can do whatever you like! Miracle is an amazing ability that saves Lucius in a pinch. However to get the most out of this build a dancer/singer is needed for Lucius to wear down the enemys hp the most and to help him get behind a tank after attacking.

• Preferred Nature: +Speed or +Resistance/ -Defense
• Weapon: Dazzling Pain+
• Assist: Recover+ / Martyr+
• Special: Miracle
• A Slot: HP +5
• B Slot: Live to Serve 3
• C Slot: Savage Blow 3
• Seal: Savage Blow 3
The goal of this build is to avoid damage while leaving a gigantic dent in the enemy teams health. Dazzling Pain+ will allow you to hit your opponent without fear of dieing, so that you will be able to hit again. Miracle, HP +5, and Live to Serve 3 is there to help increase Lucius with his chance of survivability, making him very difficult to kill as long as he has an ally to heal.
Now the true purpose of this monster is the dual Savage Blow 3. With these on top of Dazzling Pain+, Lucius will be doing a whopping 24 damage to anyone 2 spaces away from your target, and 10 extra damage to that target! This is great for weakening the enemy team and allow your allies to finish the job.

This build completely revolves around attacking into a cluster of enemies so that the entire enemy team gets hit by post combat AOE damage. In the process, Lucius should take a hit or two, putting him into vantage range. Ideally, he attacks the cluster of enemies twice via dancer support, so the speed boon and miracle are taken so that he can survive those two engagements. If you can pull that off, the 48 post combat AOE damage (2*24) will put the overwhelming majority of the cast at 1 HP. You now have a situation where Lucius is in vantage range, close counter lets him hit anyone that attacks him, and the entire enemy team is at 1 HP and in range to attack him. Reposition your dancer outta there, end your turn, and watch the entire enemy team suicide into our golden haired boy! 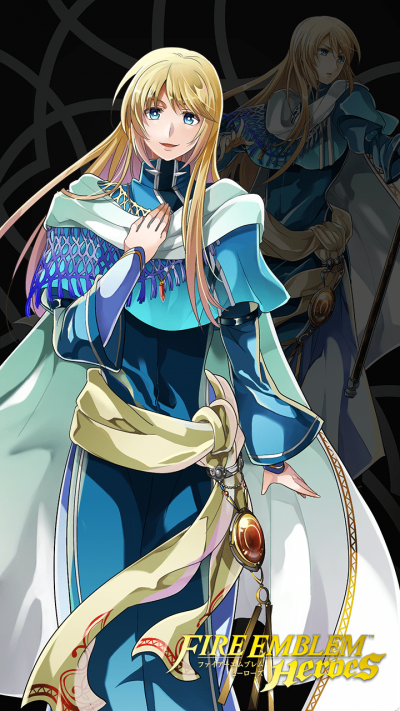