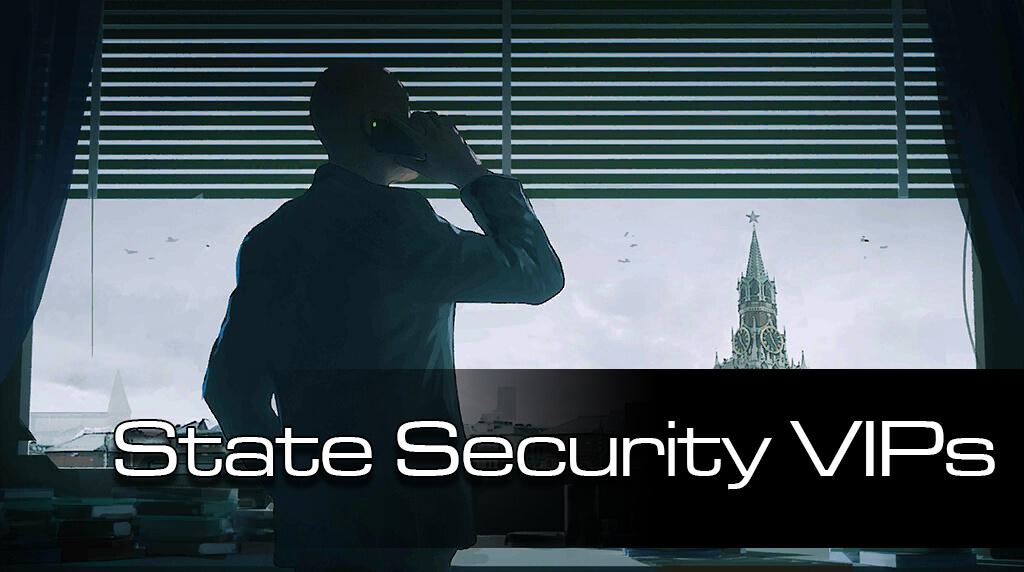 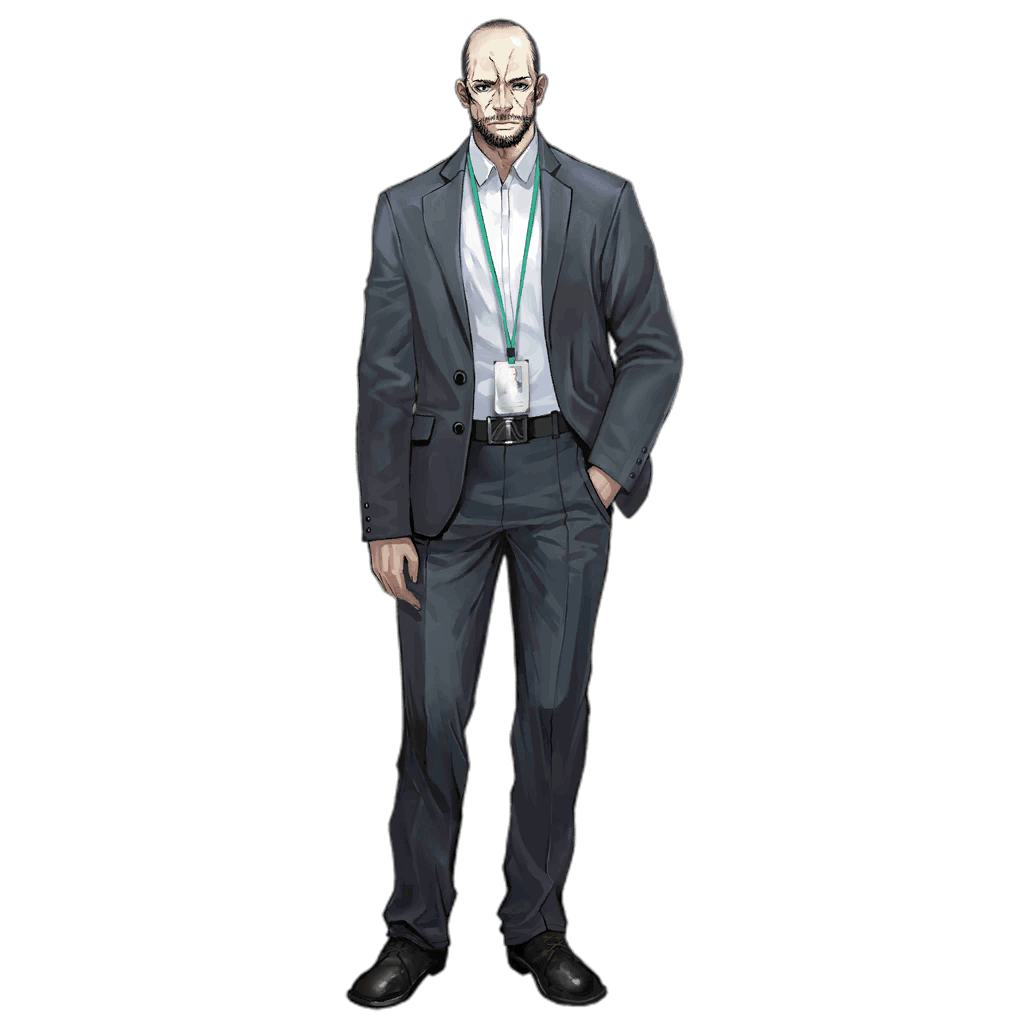 This is no mere threat, Commander. My job has presented me with countless such choices and I have always made them without hesitation. The reason why you are still alive is because we have been observing you. I know that you survived that operation against all odds and kept those secrets. You displayed courage, intelligence, and willpower, which makes you quite valuable to us. You should serve our country and other, higher causes.

Viktor Pavlovich Zelinsky was born in Poznan, Poland, sometime in the year 2000. Other than being the son of two Volkswagen employees, little is known about Zelinsky’s early life. He went on to study mathematics at the University of Warsaw in the early 2020s. In 2022, he attended a lecture at the University of Poznan relating to relics given by Mikhail Semenovich Tsvigun. During the discussion, 22-year-old Zelinsky asked Tsvigun several questions relating to ternary logic research. Following the discussion, Zelinsky approached Tsvigun with various information and data relating to the Khyber Pass Pike operation. Using only publicly available information, Zelinsky had pieced together a vague understanding of the events of January 5th, 1981. Tsvigun, the man behind the Soviet operation, was stunned by Zelinsky’s knowledge. It was at this moment a long-lasting friendship was founded between the two; one as close as father and son.

After graduating from university, he returned to Poznan to work for Volkswagen as an engineer. A year later, during a worker’s strike, Zelinsky had organized a secret armed group, resulting in both him and his mother being fired. After the death of his father, he returned to the city of Brest in Belarus. In Brest, he grew closer to the Communist Party of the Russian Federation (CPRF), eventually becoming one of the leaders of a new arm of the CPRF. For the next six years, he covertly planned operations for his party.

After the Beilan Island Incident in 2030, much of Russia was cast into chaos. Due to the collapse fluid contamination from Beilan Island, major parts of the Siberian and Far East regions became irradiated zones. The Trans-Siberian Railway was severed by the radiation, and the Far East had been left to operate independently. Seeing this as an opportunity to take power in a region of Russia, the Bolsheviks gained their first foothold by taking control of the Far East provisional government and its evacuation efforts.

As the Bolshevik influence expanded, the effect across Russia began to snowball. When the revolution began, Zelinsky saw it as an opportunity to strike a devastating blow against the Federation. The Federal Security Service (FSB) had identified him as a potential threat to the state and ordered several agents to routinely monitor his activities. Thanks to his impeccable performance in intelligence and covert operations, none of the agents were able to track him for long. 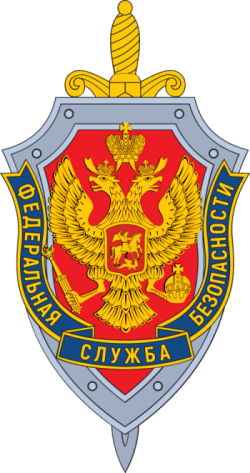 The emblem of the Federal Security Service.

In August of 2031, Zelinsky conducted one of the most successful operations of the entire revolution. His ability to maintain cover and intelligence networks allowed the Bolsheviks to carry out a full takeover of the FSB without bloodshed. On the day of, Zelinsky and a group of wanted criminals walked straight into the Lubyanka Building in Moscow, declaring they were taking over. Zelinsky, one of the main targets of the FSB, had gone completely unseen by their agents and had made his way into the heart of their agency through the front door. Due to the amount of Bolshevik moles within the FSB prior, they were able to take control of the agency from within. All that was left to do was walk in and declare victory. To ensure compliance of the remaining Federation loyalists, the Communist Party of the Soviet Union (CPSU) would not investigate the FSB’s black budgets.

After the FSB surrendered, disputes in the nation forced the CPSU to form a greater interior ministry that took control of most of the security functions of the country. This new ministry was faced with opposition from the existing Ministry of Interior (MVD), the Foreign Intelligence Service (SVR), and the Ministry of Defence (MOD). The new ministry was so controversial, the Supreme Soviet had once stepped in to halt its formation. Despite Zelinsky’s lead role in taking the FSB, he did not become its chief initially. Until the reorganization of the new Ministry of Internal Affairs in 2034, Zelinsky assumed the position of Deputy Director and the Chairman of the Inter-Departmental State Security Service Cooperation Convention.

In 2034, the Supreme Soviet of the New Union of Soviet Socialist Republics passed the National Safety, Enforcement, and Intelligence Apparatus Reorganization Plan. The new plan allowed the FSB, SVR, and MVD’s Enforcement Department to continue operating as they were. Additionally, all members of said ministries and agencies were permitted to continue wearing their respective uniforms. Zelinsky would eventually become both the Minister of Internal Affairs and the Chief of the Bureau of State Security. To ensure complete compliance with the new government, Zelinsky and Mikhail cooperated to remove several intelligence and enforcement officials from power who resisted the new system. With opposition forces removed from power, Zelinsky cemented his control of the system.

As of 2064, Zelinsky’s role in the MVD and State Security allows him to be one of the most powerful people within the New Soviet Union. 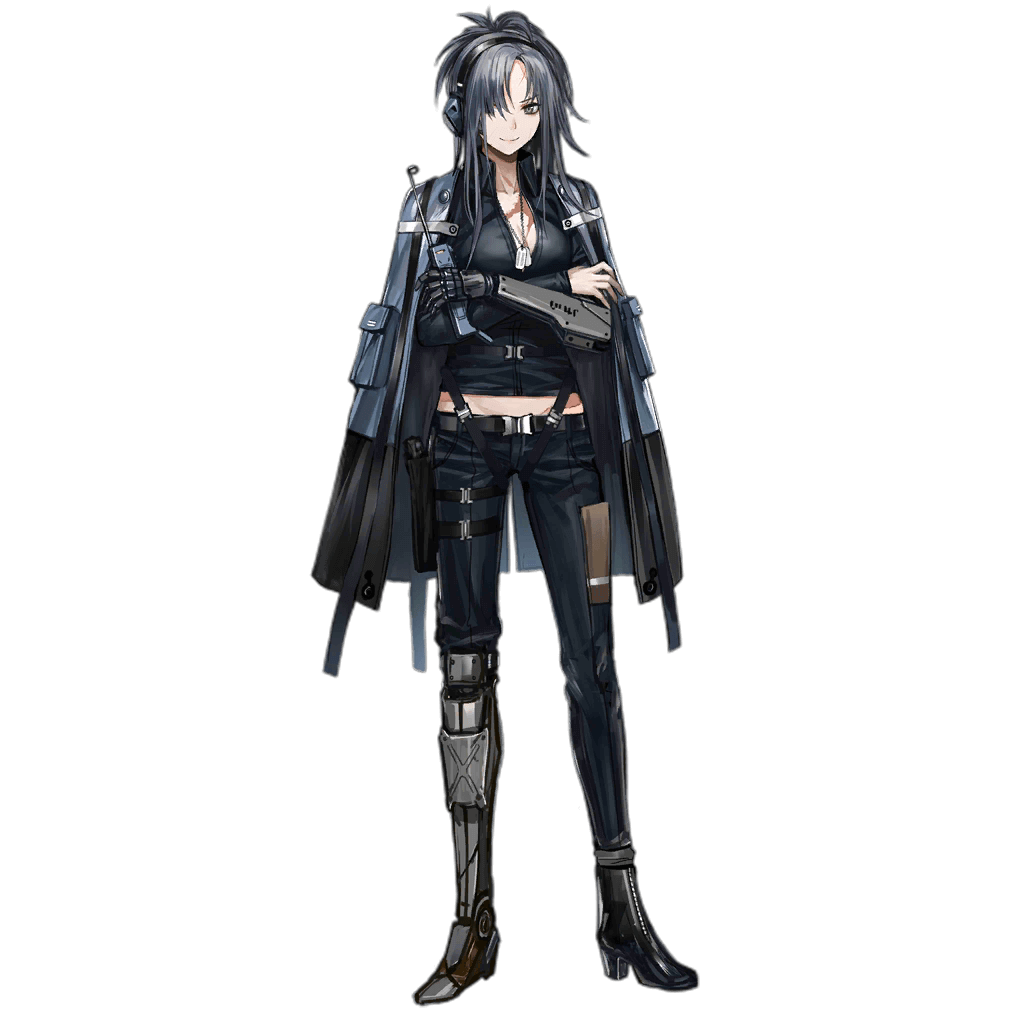 Tell me, would you all have made the same decision if you saw how we are now? Perhaps the only one lesson that we, those who remain, have learned from your sacrifices...is that we will never, ever learn anything from them.

Anna Viktorovna Tsoi was born on the 8th of August 2032, in Tashkent, Uzbekistan. Born into a Russo-Korean family, her father, Viktor Tsoi, was a railway engineer, and her mother, Svetlana Sin, was a teacher. At age seven, her family moved to Moscow because of her father’s new position in the Soviet Ministry of Transport. When World War III began on March 2nd, 2045, her father was working at the railyard overnight. Near the end of his shift, Anna’s mother had been driving to pick him up. At 2:30 AM, the first exchange of ICBMs was underway, but thanks to the city’s anti-ballistic missile network, Moscow was saved from nuclear annihilation. The only part of the network to malfunction was near the railway hub, resulting in a single Minuteman III MIRV warhead breaking through. Both Viktor and Svetlana were determined to have been killed by the nuclear detonation.

With Moscow in chaos, Anna was handed over to the Internal Troops’ 36th Brigade, who were actively evacuating Ministry of Transport personnel from the area. She was relocated along with a group of refugees to the city of Ordzhonikidze (Vladikavkaz) in the Republic of North Ossetia-Alania. One month after the war began, she learned the fate of her parents. At 13, Anna was adopted by Ismaili Ibrahimov of the Internal Troops’ 36th Brigade’s 9th Company, a close friend of her father. Ismaili lived in Beslan close to their garrison with his wife and two sons. For the next two years, Ordzhonikidze remained peaceful despite the war, and Anna returned to school. 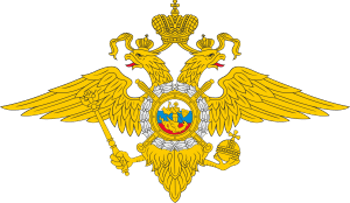 The emblem of the MVD and Internal Troops of Russia.

In April of 2047, Ismaili allowed Anna to travel with his company so she could be dropped off at school. After exiting the Bumerang APC, Anna met the Minister of Internal Affairs, Viktor Pavlovich Zelinsky, who happened to be nearby. Upon seeing the young girl, Zelinsky shook her hand, and the moment was photographed by a nearby photographer. The photo of the Minister shaking hands with a 7th-grade student in an APC became one of the most circulated photos of the entire war. Following the photo, Zelinsky and Anna went on to become close pen-pals, sending occasional letters to each other.

On the 1st of September, 2050, Anna was in her 11th year of school when her life took a turn for the worst. After the Beilan Incident and years of conflict with the FSB, organized groups of nationalists and religious extremists in the Outer Caucuses were on the verge of defeat. As a last resort, the “Relocation Action Group” assaulted the No. 1 Secondary School of Beslan on September 1st. The terrorists took well over a thousand teachers, students, and parents hostage in an attempt to bargain with the Soviets. They hoped to force the government into ceasing its counterterrorism operations with Western Europe and release all suspects who were being held. If the Soviets refused, the group’s leader, Mashadov, promised to detonate a bomb made with a relic power source. Local police, Alpha Group, Vityaz, and the local 36th Brigade’s 9th Company surrounded the school, beginning an 11-hour standoff. 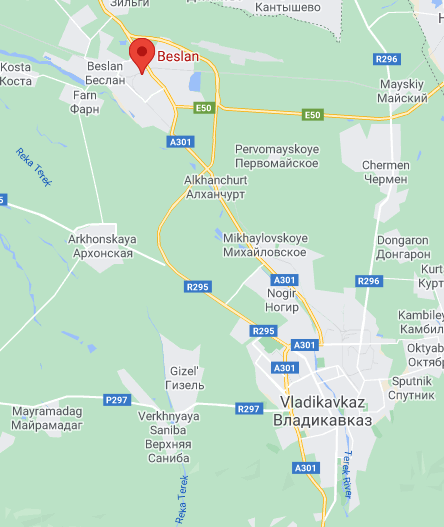 The commanding officer of the security forces outside ordered an assault on the building after learning of a growing dispute between the terrorists. During the siege, the power source had begun to meltdown, causing communications between everyone to be jammed. Using the battle as cover, Anna rushed over to the bomb and pulled out the wires. When the bomb failed, the terrorists turned their weapons on the crowd. Anna was spared from the gunfire due to the bomb’s protective casing. The siege ultimately ended with the death of hundreds, including Ismaili’s oldest son, Airmin. His youngest son, Ramzan, had lost his left arm. Two days later, the family buried and mourned the loss of Airmin. Upon returning home, Anna locked herself in her room for over six hours. Fearing she could’ve been a threat to herself, Ismaili kicked the door open, finding Anna alone, writing a letter to Zelinsky with her hair cut off.

During the following year, Anna graduated from school and enrolled in the MVD-run C.M. Kirov Command Academy in Ordzhonikidze. She transferred to Moscow to continue her studies not long after. Information around this time is murky, but Anna wrote home to her friends and family every few months. Her last message to her family was delivered in November of 2059, which contained a care package of high-end essentials, rations, and a letter. Alongside the package was a picture of herself wearing a military uniform with captain’s epaulettes.

Anna was eventually recruited into the Bureau of State Security, serving as a Second Class Agent under Zelinsky. She later stopped referring to herself as Anna, instead, using “Angelia” as an alias. Before the start of Girls’ Frontline, Angelia was sent on an undercover spy mission to Griffin & Kryuger. A lack of information limits what we know about the true nature of her mission. At a minimum, we know Angelia temporarily served as the commander of Persica’s AR Team.

Lore writer for the Girls Frontline series. I play on the EN and KR servers.

Feedback and further questions can be asked through Twitter or Discord.