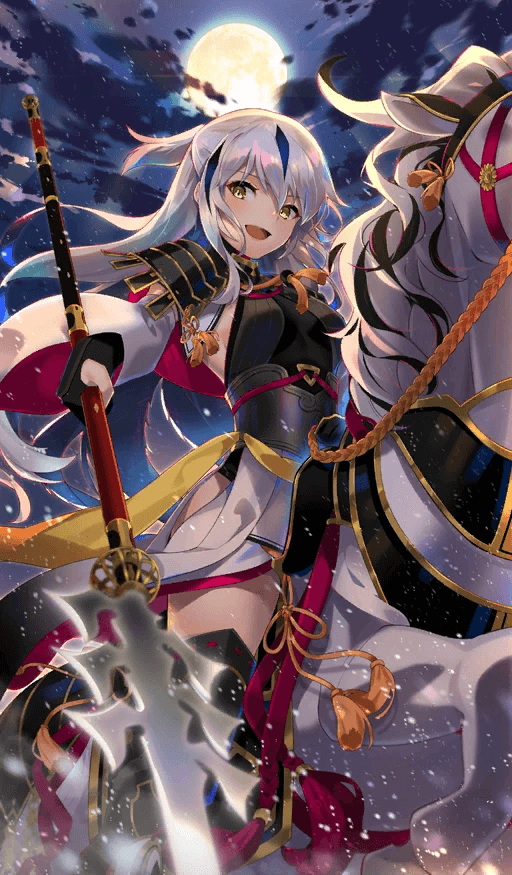 She praised justice, valued pride, and wielded the spear for the sake of her homeland and so the people admired her as the true incarnation of Bishamonten.

Even her enemies saw her this way, though their words were far removed from reverence. Love her or hate her, all were forced to reckon with her intensity.

Her technique with the spear is well beyond what any human is capable of accomplishing. Accolades in battle are shared between those who participated, but they are meaningless to one who is herself the incarnation of war.

And so, fearful of her power, they said:
...She is not human.
She must be the reincarnation of Bishamonten.