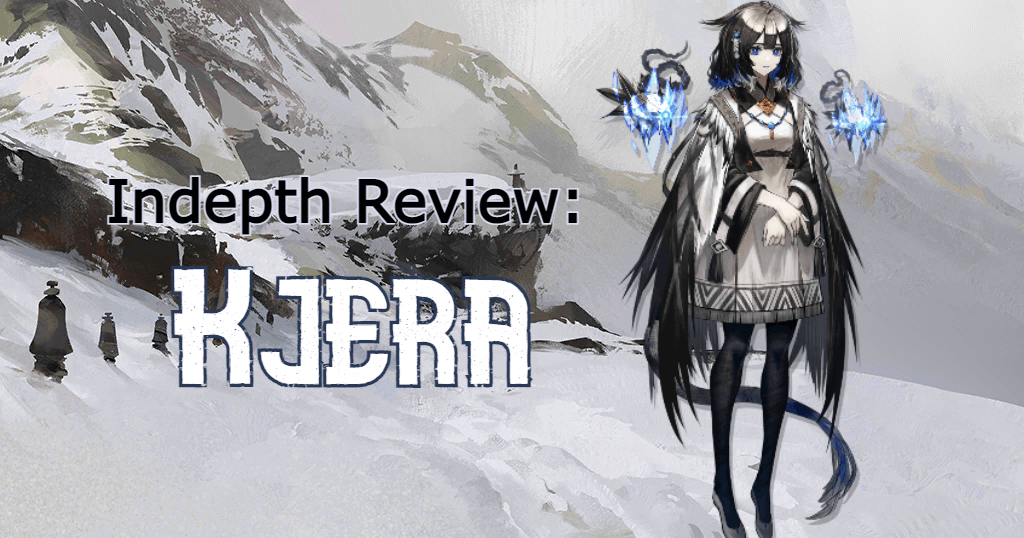 Kjera is the future 5★ Mech-Accord Caster welfare Operator from the Break the Ice event. As with every other new Operator from this event, Kjera’s main gimmick is her ability to apply the Chill and Freeze status effects, which gives her a unique support role with defensive but primarily offensive capabilities. For a more in-depth look at these status effects and how they can support other Operators, refer to Gnosis’ review.

As for her actual combat capabilities, Click, the first Operator of this archetype, has set quite a high standard, as she definitely punches above her rarity with a kit packed with DPS and support options. In this article we will take a look at Kjera’s abilities, and see how both of them compare.

Kjera can be obtained through the Break the Ice event missions and shop. You can claim Kjera from the event mission rewards by clearing BI-5, and buy additional Potential tokens for a total of 1400 event currency, with the first one costing 200 and each subsequent one 40 more.

As previously mentioned, Kjera’s gimmick is her ability to semi-consistently inflict Chill on enemies (and sometimes even Freeze by herself) while maintaining a strong offensive presence thanks to her powerful skills. Her main issue, as we will see in the future, lies on a lack of reliability due to certain RNG-based aspects of her skillset, but we will explore this further later. For now, let’s take a look at her stats. 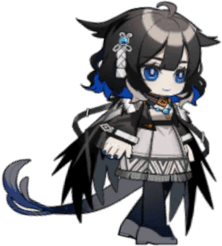 As it was to be expected from her archetype, Kjera has significantly lower Attack than Core Casters of her same rarity. Thanks to her Drone, however, she can achieve similar if not better off-skill DPS by virtue of it ramping up from 20 to 110% of Kjera’s Attack if it is constantly focusing on the same enemy (which, of course, takes some time to ramp up).

Apart from that, Kjera’s stats are pretty unimpressive, even losing against her lower rarity counterpart Click in Attack (though, as we will see later, her Talent more than makes up for it), so clearly raw stats are not her strong point. Let’s move on to her Talent.

This Talent is incredibly simple and not flashy in any way, and considering how easy its alternative condition is you’d have to be actively trying not to trigger it every single time. Essentially, Kjera’s base Attack is not 354, but 421. Simple as that!

Kjera’s first skill is an incredibly unimpressive generic 100% Attack boost with a 50% uptime. It has worse Average and Burst than her second skill, doesn’t activate any of her support abilities, and is extremely boring.

There’s no real reason to be using this skill over S2 if you have it unlocked, even if Kjera and all other caster options are still just E1.

When activated, Kjera obtains an additional Drone and her Attack is increased by 55%. Both her and her Drones gain a 22% chance to inflict Chill for 2.5 seconds. This chance is individual and can occur multiple times in the same attack cycle, leading to a Freeze.

This is definitely Kjera’s main skill, and the one that showcases her powerful Freeze effects. The uptime is pretty mediocre (slightly over 33%), but it can easily cycle harder waves you’d want its effects for, and it provides a good burst of Arts damage with decent averages as well. Under ideal circumstances, this skill can provide a significantly greater average damage than other 5★ Caster alternatives such as Amiya’s Spirit Burst while also supporting the party’s offensive capabilities through Freeze.

Of course, this is under the assumption that her Freeze triggers consistently with each skill cycle, which is definitely not a given as it is tied to activations of the secondary effects of each attack. 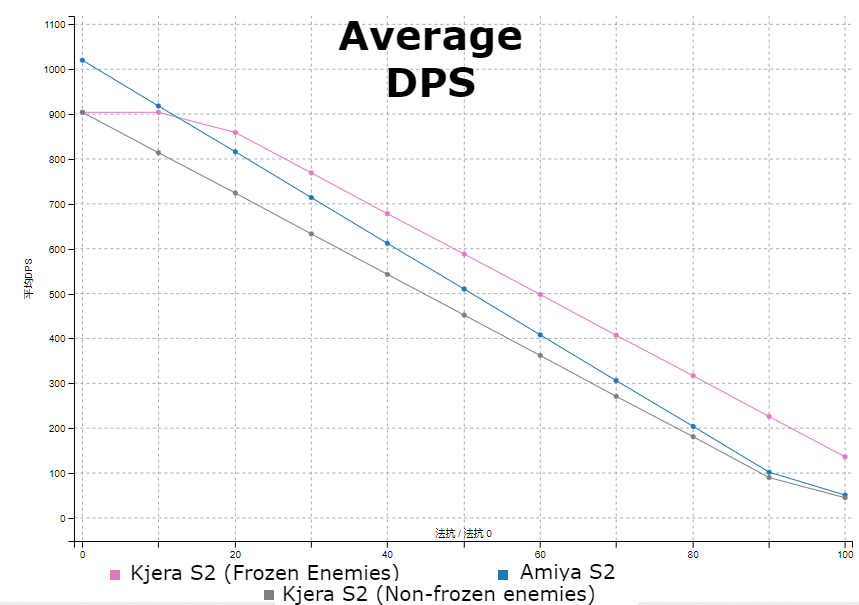 It’s very interesting to see what happens when Kjera is given a small Attack Speed boost (as small as Angelina would work for this), as she becomes able to fit an extra attack cycle within her Chill cycles, sharply raising the chances of chaining Freeze by herself continually. from her usual 52% to 77%. Thus, small increases in Attack Speed can result in dramatically higher DPS for Kjera as she will have much better chances to chain Freeze with herself over and over, easily overcoming most enemies’ Arts Resistance.

So, should I build Kjera? Will she be a better Core Caster to my team than Amiya or Click? Are her support abilities strong enough to warrant raising her? The answer is MAYBE. Kjera is a very powerful caster with an interesting support niche, and a very competitive option for new players without access to 6★ Caster powerhouses like Eyjafjalla. Still, keep in mind the opportunity cost of raising her instead of Amiya, who is eventually necessary for story progression, or Click, who does a fairly similar job for a much lower upgrade cost. For more developed rosters, Kjera can be a good support option to pair with Operators who can capitalize or boost her Freeze capabilities, such as Gnosis. Either way, you should definitely buy all her Potential Tokens, as they will transform into Yellow Certificates when this event reruns. 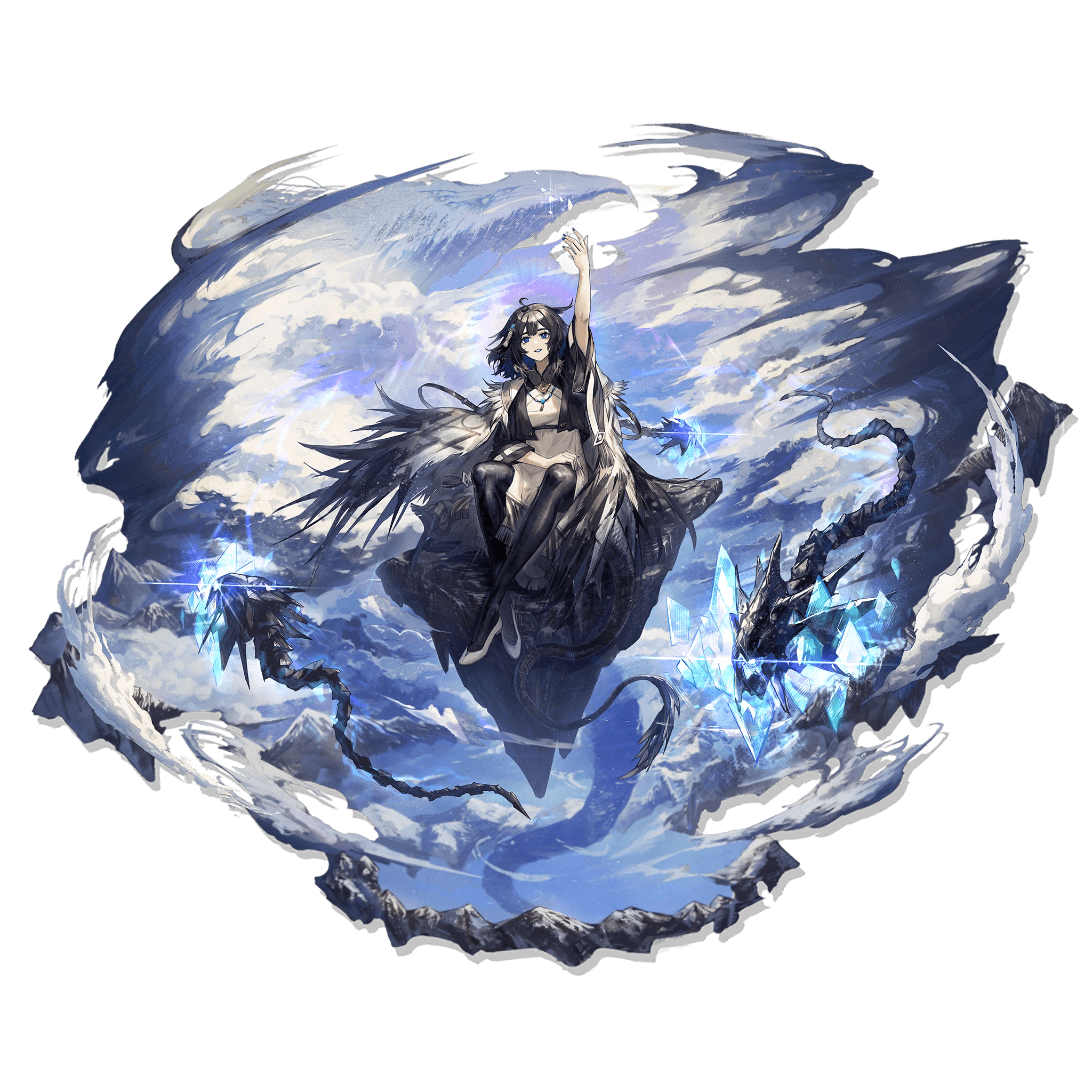