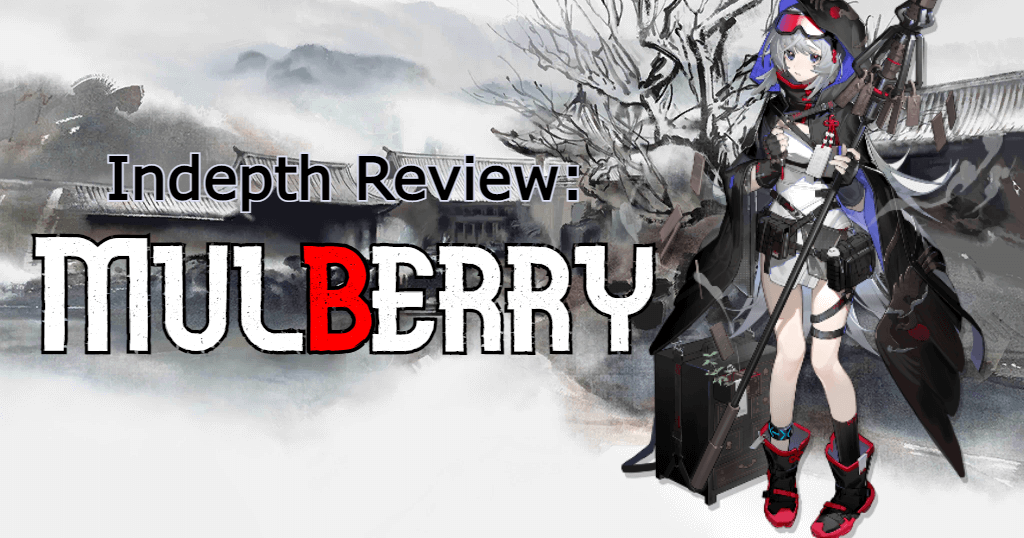 Mulberry is the future 5★ Wandering Medic featured in the Saileach on the Hill banner, which will run alongside the release of Episode 9. Mulberry is the first representative of this new archetype, and thus has to prove if she can compete against other powerhouses of the same rarity, such as Warfarin. This article will also explore what kind of content she’s better geared for and excels at.

Wandering Medics are a specialized branch that focuses its strengths on dealing with elemental effects such as Neuro, Corrosion and the new Burn effect, which will be introduced in Episode 9. These effects are reduced through their healing (by 50% of their regular Attack value). Much like Therapist Medics, they are neither as strong nor as generally useful as Single-Target or Multi-Target Medics, but instead cover a special niche for very specific situations, and as a result are always less of a priority.

Much like Therapist Medics, Wandering Medics have a bigger range than Single-Target Medics, but starting out thinner before getting wider at the top, which can greatly help with their positioning. Unlike with Therapists, they do not receive a healing debuff to faraway targets. Another similarity is their higher innate Arts Resistance and their lower Attack, though in this last case the dropoff is significantly bigger. This makes up for the lack of range-based healing debuff with an overall much lower healing when off-skill. Finally, Wandering Medics have incredibly low DP costs, beating even the lower rarity Single-Target medics by a long shot.

One aspect in which they (very positively) differ from Therapists is that, even though their Elemental recovery is tied to their healing, they can still target Operators at full HP if they have any Elemental damage left to heal, allowing them to perform their function even during enemy downtime. Therapists have issues removing status effects like Freeze if they were inflicted without dealing damage, such as through Crystal Towers, but Wandering Medics can get rid of Elemental effects at any time. 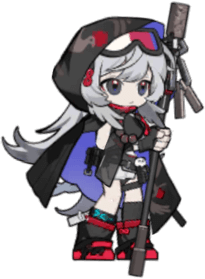 As previously mentioned, Wandering Medics (and Mulberry by proxy) have much lower stats than their “generic” counterparts. They fall slightly behind in HP compared to Single-Target Medics of their same rarity, somewhat more noticeably in Defense and much, much more with their Attack, which is often over 150 points lower than their counterparts (which adds up to around a 30% decrease in total).

The two aspects in which they do excel are, as previously mentioned, their 10 points of innate Arts Resistance (which they share with Therapist Medics) and their incredibly low DP cost. Without any Potentials, Mulberry costs as much to deploy as a P6 Hibiscus!

Mulberry’s first and only talent is incredibly simple, boosting the Attack of all Medic Operators by 10% (11% at P5) so long as she and another Medic are deployed simultaneously.

While the boost is neither heavily noticeable nor very important to trigger, Mulberry’s status as a specialized Medic means she will often be paired up with another, better healer who will do the heavy lifting (though this may not necessarily be another Medic!) while she focuses on keeping Operators away from the nasty effects of Neural damage or Corrosion.

Keep in mind that this stat will not improve the efficiency of Kal’tsit in any noticeable way, as Mon3tr will not receive any buff from this effect.

Mulberry’s first skill is pretty simple and generic, but also effective at what it’s supposed to do. After 3 seconds of charging (which amounts to 2 attacks if she’s constantly healing), Mulberry will launch a stronger heal with 80% more healing and Elemental recovery (which will amount to 90% of her base attack) prioritizing the target with highest Elemental damage within range instead of the Operator with the lowest percentual HP. Additionally it can hold up to 2 charges at M3, though due to how she can target both Operators without full HP or with any Elemental damage taken it’s unlikely that she will ever have both at once.

This is Mulberry’s safest bet when tackling long stages with constant Elemental damage or if she’s used as the team’s only Medic. It’s nothing fancy or noteworthy (especially not compared to her second skill), but it gets the job done in a quick fashion and lets you worry about things other than that Elemental damage. Still, be careful as she can quickly get overwhelmed if the Elemental damage isn’t being funneled into a single Operator and being spread out instead!

When activated, this skill immediately reduces Mulberry’s Attack Interval to 0.74 seconds, makes her prioritize the Operator with the highest amount of Elemental damage, and creates an aura within her range that makes all Operators take 35% less Elemental damage. It also makes Mulberry’s heals instant (like Warfarin or Sussurro) instead of projectile-based (like Silence or Myrrh), which is a very small but still welcome upgrade.

As simple as the effects of this skill are, they turn Mulberry into a force to be reckoned with amongst Medics. It shoots her HPS from “slightly disappointing” due to her naturally lower Attack stat to “really good” thanks to the massive decrease in her Attack Interval. Due to this she gets an astounding on-skill HPS of 320 (without Talent) which lets her outheal most Medics of her rarity and even some higher.

HPS apart, the Element-based effect is also really strong, and practically negates the pressure of Elemental damage for the 30 seconds her aura stays up, often negating dangerous waves of enemies that can spam these effects (such as the flamethrower-wielding enemies from Episode 9 or the Deep Sea Sliders from Under Tides).

The only issue with this skill is its disappointing skill cycle. With only a 30% uptime, players must adequately plan when to use it if they want to be able to activate it multiple times to cover different waves of enemies.

So, should I pull for Mulberry? Is this new Medic branch something worth looking out for? Will I get some use out of her if I’m not an advanced player? The answer is, in my opinion, MAYBE. There’s no doubt that Mulberry’s kit is incredibly specialized towards paliating the effects of Elemental damage, which isn’t a thing players will encounter outside of Episode 9 and certain events, but she is incredibly powerful when she can actually negate those threats effectively. Outside of that she’s still a pretty usable Medic everywhere else. In particular, Mulberry stands out as one of the most powerful non-Kal’tsit Medics for the event Integrated Strategies 2 - Crimson Solitaire, which forces players to deal with Neural damage in almost every stage. 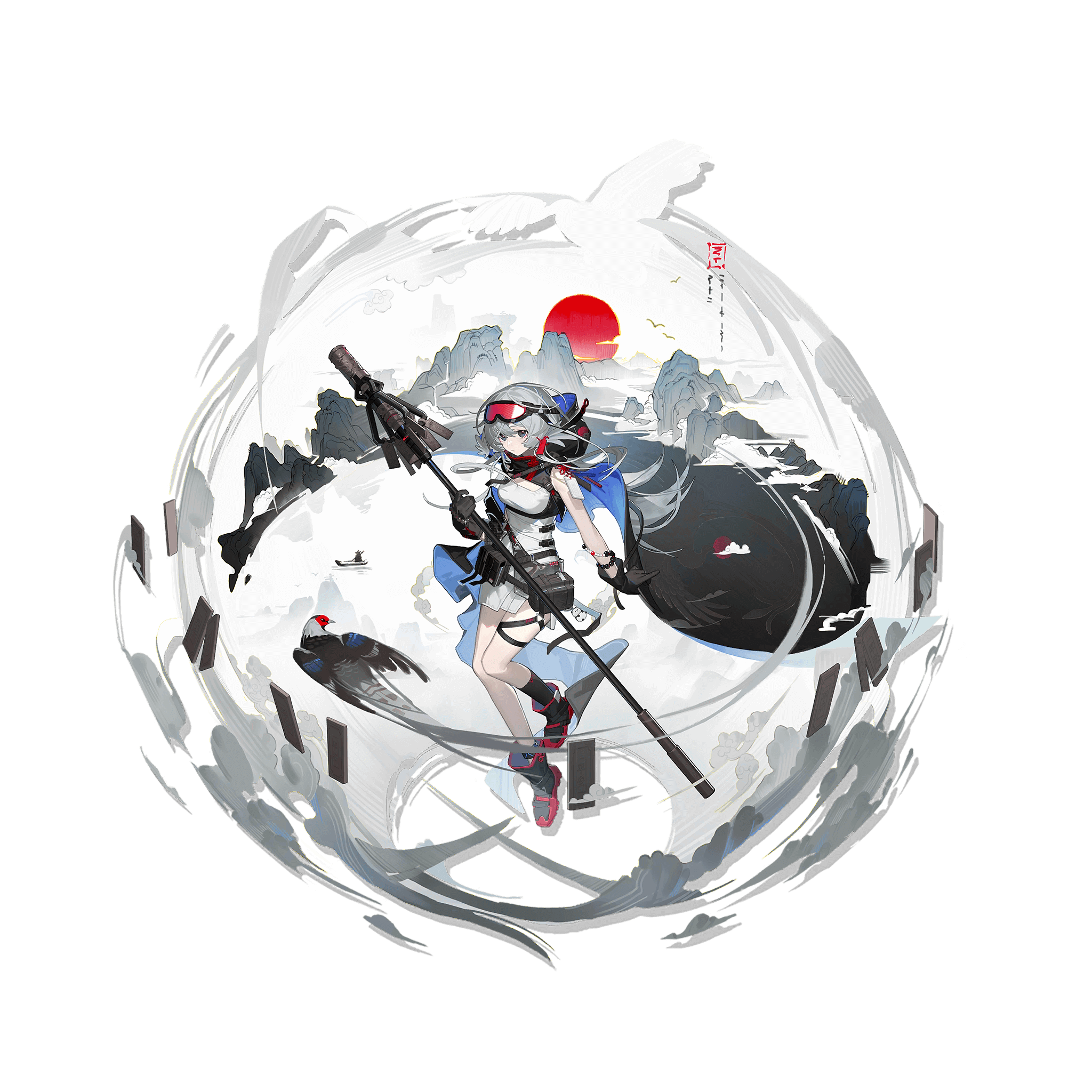