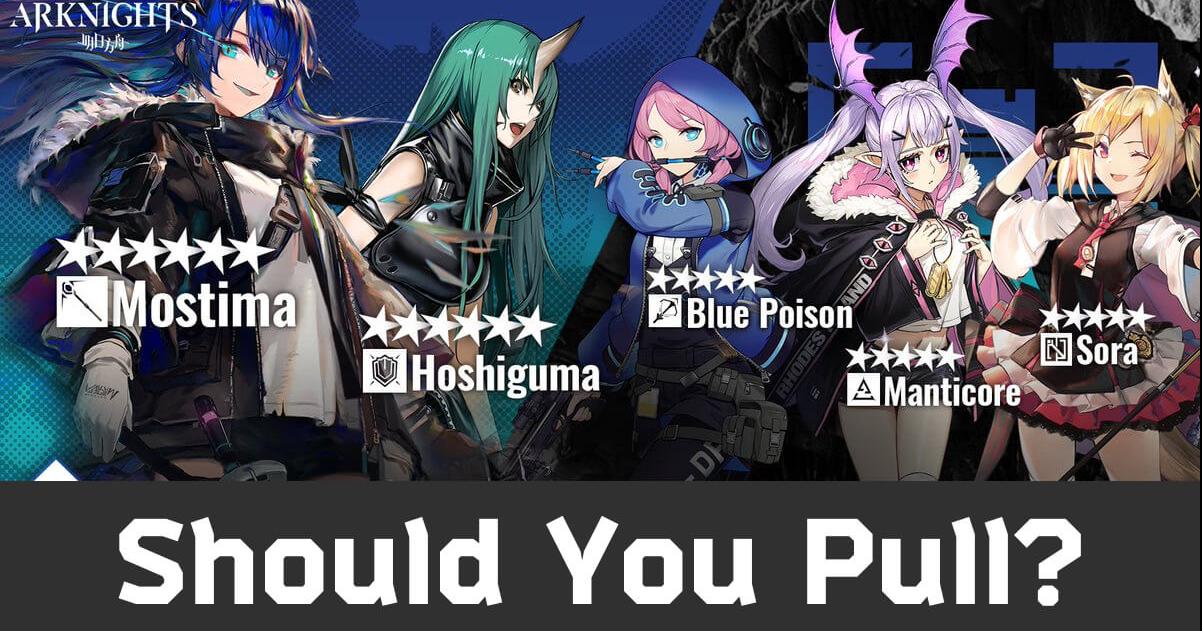 Test out your luck for this banner on our:[Standard Pool 19] Summon Simulator!

Probably not. All of these units are strong, but they’re also relatively niche and/or easily replaced by other units. If you’re really desperate for a strong Defender (Hoshiguma) or Sniper (Blue Poison), it’s not a bad banner to pull on. Otherwise, you can probably skip it.

That being said, it might still be a good idea to do Headhunt x1 until you pull a 5★ or higher Operator, since one is guaranteed in the first 10 rolls.

= Her crowd-control is much better than her damage

- Long Skill cooldowns and short durations, leading to poor Skill uptime (her SP-gain Talent helps this a little, at least)

+ Sturdy Defender with high DPS through her S3

- Vulnerable to Arts damage; she has 0 base RES, none of her Skills mitigate Arts damage, and her Talent is not reliable

+ Talent inflicts Arts damage to targets over time; the damage is small, but it adds up

+ Both of her Skills give her multi-target damage, making her something of a discount AoE Sniper

= Her Talent’s Arts damage isn’t really high enough to make her a great choice against heavy-armored units; it’s more of a nice bonus

- Incredibly squishy, even for a Sniper; very vulnerable to enemy ranged attacks

- Her multi-target damage is often not enough to deal with swarms; a true AoE unit is usually needed instead

+ S2 adds a Stun effect to her attacks and also reduces her ASPD; after E2, this causes her Talent’s ATK bonus to trigger on every attack

+ S1 allows you to “pause” enemies, giving you time to charge Skills and run down redeploy timers

- Has no damage potential whatsoever; relies on her allies to affect the field 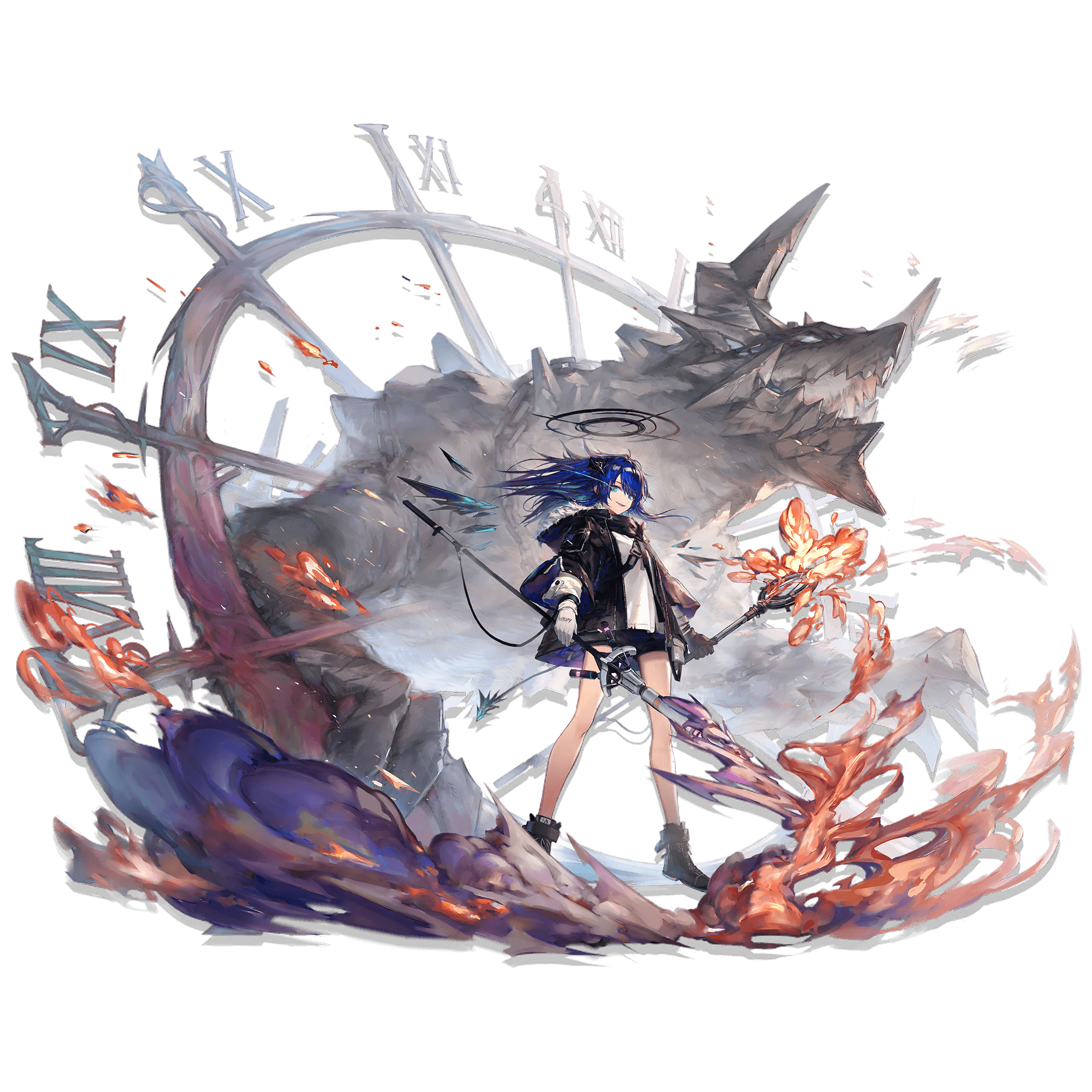 Mostima uses her Originium Arts to control time itself: speeding up the SP gain of allied Casters, slowing down the movement speed of enemies, stopping enemies dead in their tracks, or even rewinding their movements back across the field. However, in addition to being her greatest weapon, time is also her greatest enemy, as she’s held back by low ASPD and long Skill charge times.

Mostima has the firepower to counter enemy swarms (the main job of an AoE Caster) by herself. She then uses her potent CC Skills to control stronger enemies so her allies can take them down. It’s a good setup, especially for players who use a lot of other Casters and can take advantage of Mostima’s SP charging. The main issue is that there are lots of other Operators who can provide comparable CC at cheaper DP costs. If you’re not utilizing all of Mostima’s kit to its utmost, she may not be the most efficient pick for your team.

I don’t recommend pulling for Mostima, but she’s worth investing in if you pull her. 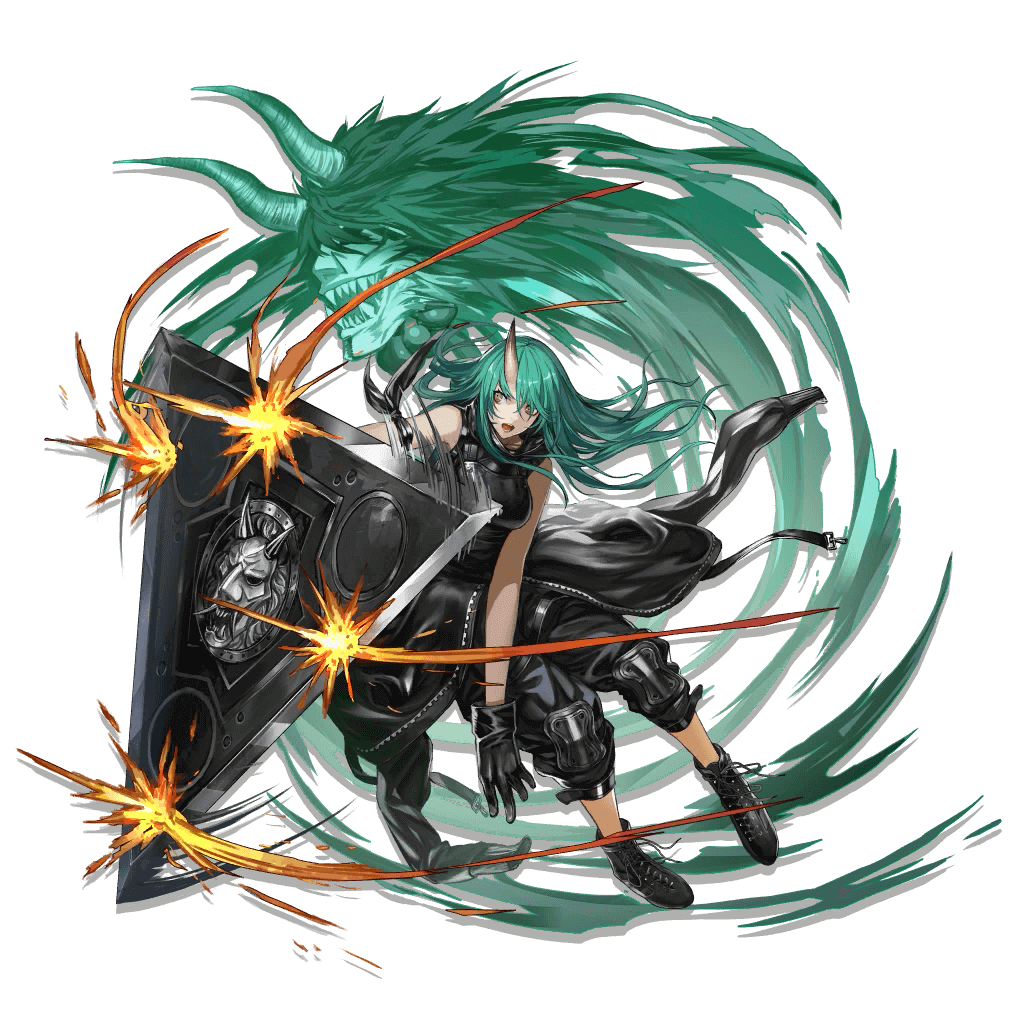 Hoshiguma is one of the sturdiest Defenders in Arknights. Between her high base defenses, the chance to resist damage from her Talent, and the DEF boosts from her Skills, enemies will have a hard time getting past this oni warrior. In addition to her sturdiness, Hoshiguma also boasts high AoE DPS potential with her S3, where she spins her shield like a saw and shreds everything in front of her. It would seem the best offense is indeed a good defense—especially when you take that defense and smash somebody’s face in with it.

There’s no debating that Hoshiguma is a good Defender, but she’s not necessarily the best Defender in every situation. She’s not ideal against enemies with Arts damage, and her team utility is pretty lacking, so she doesn’t support her allies like some Defenders do. But when you need a big hunk of metal to anchor a chokepoint and repel all comers (as many Doctors have needed in the latest Contingency Contract event), Hoshiguma is the woman for the job.

I recommend pulling for Hoshiguma if you need another strong Defender. If you already have two or more high-rarity Defenders raised, though, she may not be a priority for you. 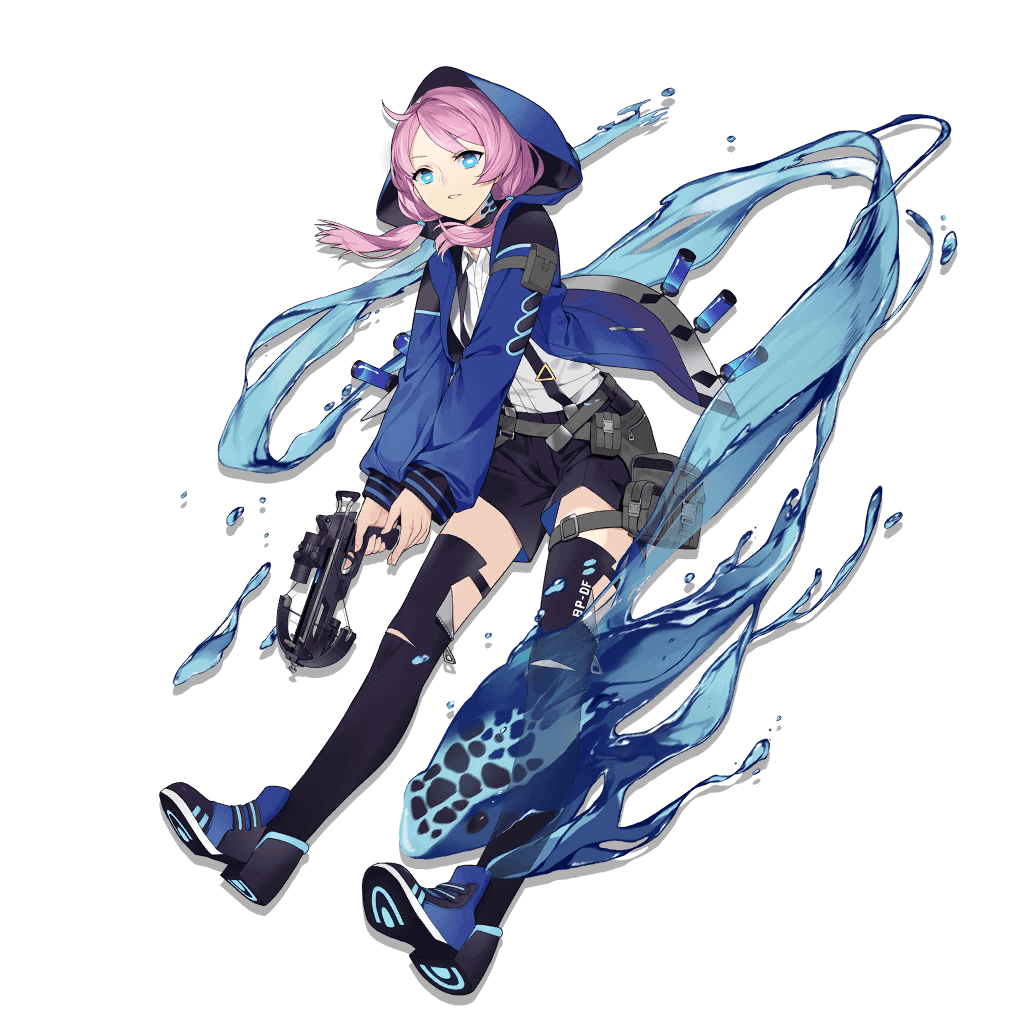 Every one of Blue Poison’s arrows inflicts Arts damage over time to its victim, slowly eroding their will to live. With her rapidfire ASPD and multi-target Skills, Blue Poison spreads her Arts poisons across the enemy line in quick succession. If the hail of arrows doesn’t kill them, the deadly venom probably will instead!

Blue Poison occupies a unique niche among 5* Anti-Air Snipers because of her capability for multi-target damage. She isn’t quite a replacement for an AoE Sniper, but she’s excellent for burning down a steady stream of targets in quick succession.

I recommend pulling for Blue Poison if you need another strong Sniper. If you already have two or more high-rarity Snipers raised, though, you probably don’t need her. 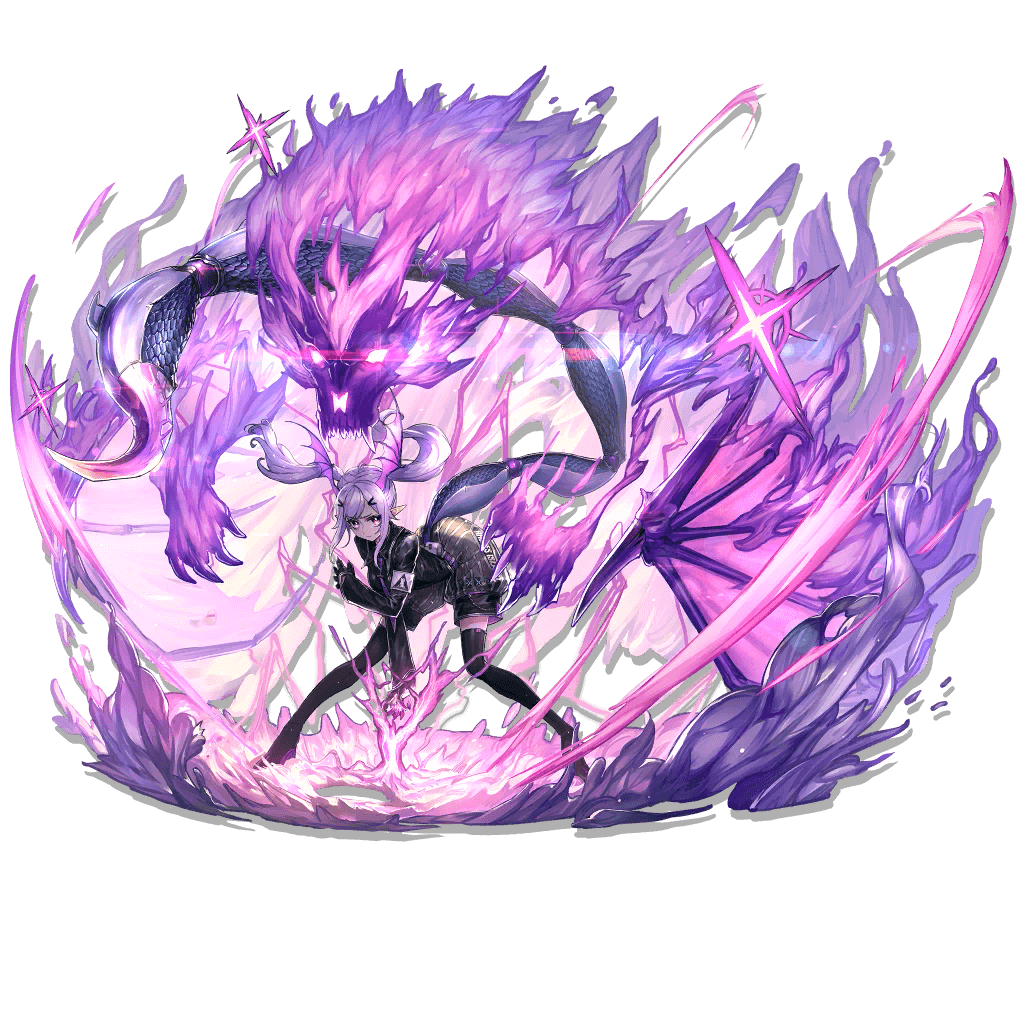 As a member of the rare Controller Specialist archetype, Manticore is a creature of extremes. She’s very difficult for enemies to hit, but also can’t Block; she has very slow ASPD, but also huge AoE potential and great damage buffs. Both of her Skills add a crowd-control component to her attacks, and since Controller Specialists have such a wide attack range, that’s a lot of crowd-control to go around. Is she good? Yes, she's very good, but she certainly requires a different strategy and way of thinking than most Operators.

I don’t recommend pulling for Manticore, but she’s worth investing in if you pull her. 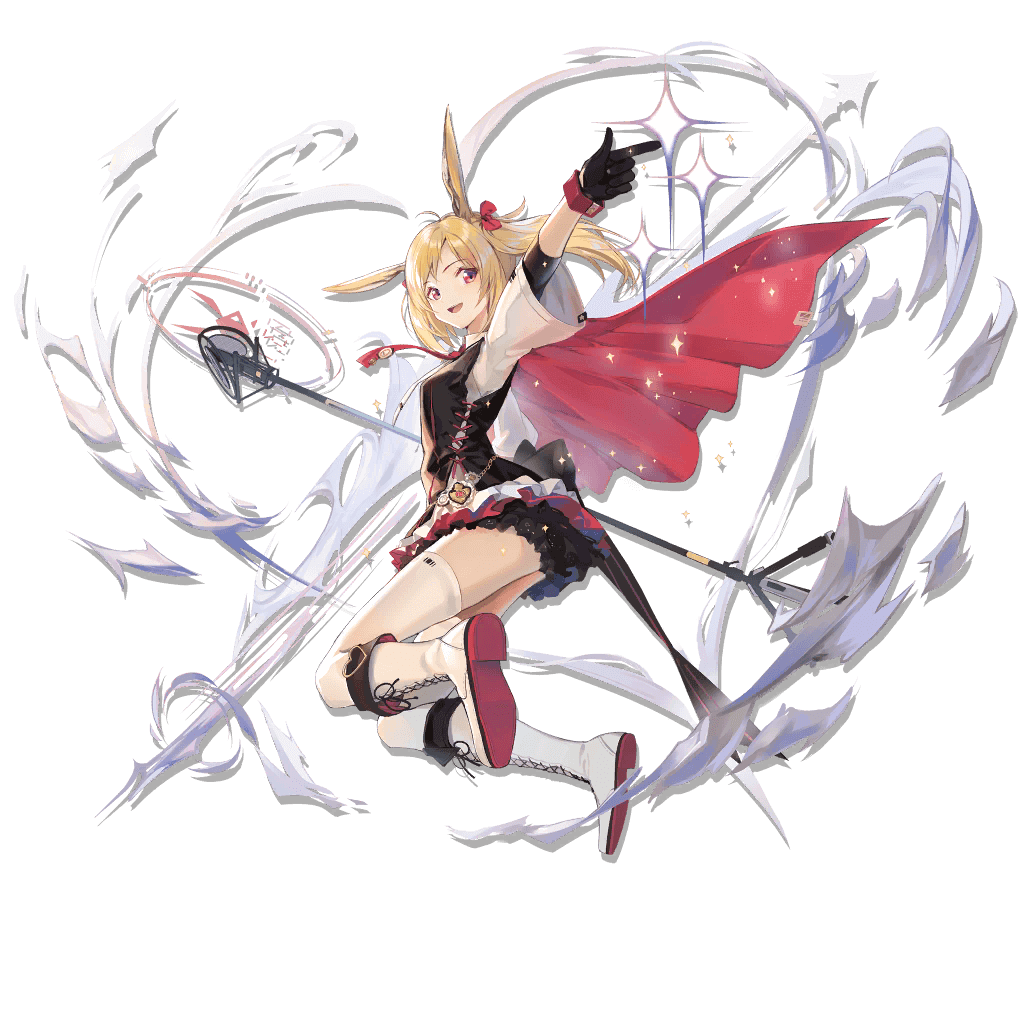 Sora is the only Aura Supporter currently in Arknights, and so she occupies a rather unique spot in the game as a passive healer and a powerful buffer. She passively regenerates HP to allies in her attack range rather than attacking, and her S2 grants a percentage of Sora’s ATK to all nearby allies, amping up their damage output to 11 for the duration. The damage spike from Sora’s S2 is enormous, but because she can’t attack enemies on her own, you have to make sure that your team has enough DPS to handle enemy waves without her in between S2 uses.

I don’t recommend pulling for Sora, but she’s worth investing in if you pull her.

Arknights: Should You Pull? Standard Banner: Hellagur and Angelina (!)

Arknights PSA: Do Your Annihilation Before the Event Starts!

Which one should I build next?
Hello guys! need help for building next op, since got some sniper units Already build…
Decided to splurge abit, help me redesigning my new roster?
As per title above, my previous free roll was pretty good but a lot of times, it was…
I Need Help Team Building
I just started this game and it’s super overwhelming. Like I’m struggling against…
Twilight of Wolumonde Event Help
Hey guys, here are my guides for the first week of this amazing event, in case someone…
Feeling Devastated With Ayerscarpe
More than 30 pulls and still no Ayerscarpe…why? Im not even rolling for Suzuran…please…
Read More