Although seemingly redundant to Musashi, Addis steps things up a notch with Bleed status and very high Strength. The relationship between their SP costs also means that Bamboo Cutter syncs almost perfectly with Dignified Soul so that Poison and Bleed can be inflicted consecutively and stack. 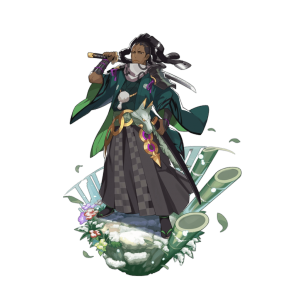 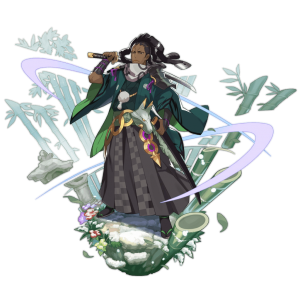 As one of the first bleed enablers in the game, Addis has fallen off from the meta over time thanks to his poor skill damage modifiers and lack of updates to the bleed damage modifier. The relatively low mods that Bamboo Cutter has means that he is reliant on maintaining stacks of bleed in order to have good sustainable damage. However, thanks to his bleed only being available while Dignified Soul is active for a duration of 10 seconds, as well as only having an 80% chance to inflict it, he is now positioned as one of the weaker adventurers within the wind element today.

Addis is only one of only three adventurers within the wind element that can inflict bleed. As as all bosses so far have no immunity to this affliction, this positions him as a unit who can activate bleeding punisher perks from adventurer abilities or wyrmprints.

Weakest of the Bleed Units within the Wind Element

There is no doubt that, if chosen between the three wind adventurers as to who you wish to apply bleed to a boss with, Addis is the worse of the lot. When compared to the skill modifiers that Victor has, or the support utility that Forager Mitsuba provides, there is very little reason to use him over other options.

Thanks to the overall skill modifier damage buffs that most adventurers received from the second anniversary update, Addis's damage output with respect to other 4 star adventurers such as Ku Hai or Su Fang, or other 5 star adventurers in general is relatively poor. He will struggle to match some of the tight damage demands that wind endgame content currently requires.

Besides Addis's bleed effects from his Bamboo Cutter skill, Addis struggles to provides additional utility within a fight such as consistent affliction application, dispelling, buffs or debuffs. As he is reliant on bleed, which in itself is not potent as a debuff to enemies nowadays, Addis is a purely selfish damage adventurer that struggles to be relevant with others in his position.