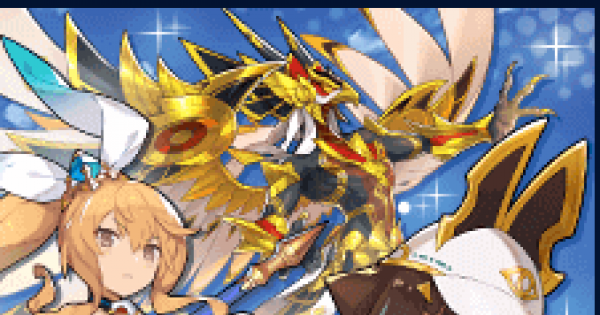 Hail, fellow youths! The time has come once more, for us to partake in yet another Gala Dragalia. Forsooth, what offerings are brought before us this day?

Ah, what stranger is this that approaches? Indeed, with her stylish raiment and "with it" vernacular, I cannot recognize her! Though she does bring to mind my dearest friend Nefaria, a most refined and elegant woman of impeccable breeding, unlike this obvious hooligan.

Crimson beyond blood that flows

Buried in the flow of time

In thy great name, I pledge myself to darkness

Let all the fools who stand in our way be destroyed

by the power you and I possess...

There, that's the Megumin and Lina Inverse reference out of the way. I hope you're happy.

Anyway, Nefaria has changed her duds and become a Flame Wand. She is decidedly OK, with a kit that would make her anime ancestors proud as it is focused on BIG NUMBERS. That is, she favors using Critical Strikes to fuel her Critical Hit > Critical Damage ability, as well as energizing herself, to allow her apocalyptic S2 to deal damage that would make even the Enemy of All Who Live proud. She’s even got the somewhat bizarre mix of archaic language and teen slang down to sound like a real Crimson Demon.

All in all, it’s a solid kit, and Not Nef can put up some respectable numbers DPS wise, even if her S2 does take a day and a half to charge (or about 6 seconds if you’re not being hyperbolic). The modifier on the S2 is frankly ludicrous at 2280% damage, and she’s got the skill damage passives to make that even bigger. When it’s energized and if you get a critical, you can really see some chuuni worthy damage. However, that’s just not enough. Compared to Marth or Gala Laxi, Nef doesn’t hold up. True, those are both limited and hard to get your hands on, and she does do alright in Volk, but she’s not going to be in heavy demand either.

So ultimately, I don’t recommend you summon for incognito Nefaria at this time, not with Anniversary in only two weeks. Save your tickets, unless  Nefaria makes your heart go bakuretsu for her. In which case, I’m sure you’ll both find a devil king to giga slave together.

Verdict: No, but I did manage to make at least three references to my favorite anime.

Ok, ok, here's your 120 wyrmite, Mym. Sheesh. Never bet a dragon she can't do a better impression of ye olde butcherede englishe than you. Anyway, Elissane's all gussied up again. Not sure why, Alex isn't even on this banner.

Gala Elisanne continues to be a strong buffer and a solid pick in Water, but she's fallen out of favor compared to a certain pirate lass these days. Simply put, Karina does such a good job of buffing herself and abusing Double Buff skills that Water teams don't really NEED a dedicated buffer, and if they did, Original Recipe Elisanne is a perfectly viable option for current content. As such, I don't recommend you pull for the Gala Version at this time.

Verdict: No. Elisanne fails to live up to the Pirate Code. Even if it is more like guidelines.

What, did we run out of other pantheons or something? Well, I guess "Ria" Is from Not Egypt, so makes sense we'd go pick up a giant sun turkey.

Horus is a really interesting dragon. I'm not certain that translates into being a really GOOD dragon, but 20% Attack Rate and 50% Crit Rate have to be a solid pick for someone. Thing of it is, I just don't see how this beats Gala Mars in any way, shape or form. True, if you don't have Mars, Horus is a pretty compelling alternative. But if you don't have Mars, I honestly don't recommend you summon on a Gala Banner for a Flame dragon, especially when all the other offerings are this lackluster.

Verdict: No. While Horus does something new and interesting, he can't compete with the sheer power that Mars offers.

Gala Rates Apply, only Gala Elisanne is limited (and Ranzel, but he's not on focus).

Final Verdict: No. None of the offerings here are especially compelling, and Anniversary is very soon.

The real killer for me here is that there are no Gala Dragons or Adventurers outside of Gala Elisanne (and Ranzel, but he doesn't count) in the pool. Without even a chance at them, I'd save and wait for a Gala where you had the potential to luck into a Cat Sith or Gala Luca. Which will probably be Anniversary. Additional, Incognito Nefaria might bring out your overly destructive mage, but she's just not that great in the current meta. Gala Elissane is suffering similar woes, and Horus while novel can't keep up with Gala powercreep.