Community Posts with Keyword Arden All 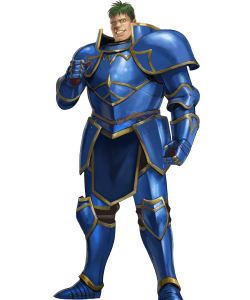 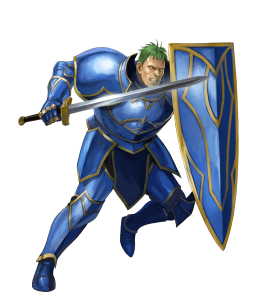 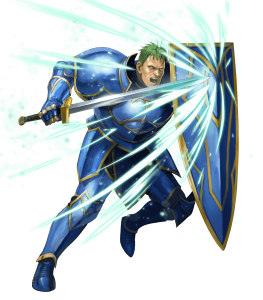 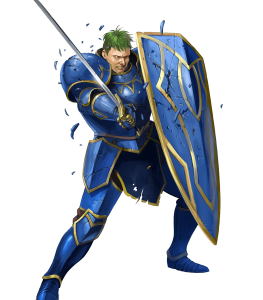 C Passive: A/D Near Save

C Passive: D/R Near Save / A/D Near Save

Arden’s Blade is a Dual-Phase Brave weapon, meaning he can attack twice regardless of the combat phase, which also grants Guard and an additional +4 Atk and +6 Def if his HP is above or equal to 50%. Having the ability to attack twice no matter what is arguably one of the strongest effects a unit can have as not only do both attacks come out at once, but it also allows a unit to function in both phases and essentially bypass Impact effects as there’ll always be two attacks present. Likewise, the additional Atk and Def it grants can help Arden deal with foes more quickly in the enemy phase with a Steady Breath Ignis set as he’ll be able to trigger Ignis before the foe can land a second attack, provided that they can double, and even if he doesn’t kill with Ignis, the Guard effect that is present in his weapon can prevent more damage from being taken in the process as most foes will not be able to trigger a Special.

If it were not for the fact that Near Save exists, I struggle to imagine where Arden would be in today’s meta. Near Save, quite literally, saved Arden. Having access to an ability that allows a unit to step in for another during combat is extremely potent as he doesn’t have to throw himself in the frontlines where magical threats may exist. This, in turn, can allow him to prioritize matchups that benefit him. That, on top of having access to a Dual-Phase Brave weapon, all the Fighter skills, Follow-Up Ring, and Steady Breath, Arden is what can be considered every one-ranged foes’ nightmare as he can Quad in both phases with Follow-Up Ring, activate Ignis on every second hit in the enemy phase with Steady Breath, provided that there aren’t any Guard effects, and can increase his overall longevity by slowing the foes’ cooldown with Arden’s Blade.

Starting out with a base Def stat of 41, chances are most Def-targeting foes are going to struggle to dent the lad. Combined with his obnoxiously high HP stat, Arden is rarely going to struggle against said foes.

Arden still reigns as the king of HP with a base HP stat of 60. This is before his refine effect, merges, Dragonflowers, and blessing buffs come into play, all of which can inflate his HP stat, even more, especially blessing buffs. This, in turn, can inflate his defensive prowess to the point where he doesn’t have to fear falling out of the Arden’s Blade HP condition and can allow him to take on the occasional Dragon or two.

Arden is the definition of being a min-maxed unit when all of his stats are allocated to his HP, Atk, and Def while leaving his Spd and Res to rot. Arden’s low Res stat can be a problem for him as a Near Save unit if he has to go up against Dragon foes. This can be somewhat patched with proper investment, albeit to a certain extent. Moreover, if you play Aether Raids, his magical bulk can be inflated thanks to blessing buffs. This, in turn, can make up for his lackluster Res stat.

For the most part, Arden being min-maxed is great since he can focus on his most important stats. However, there is always the concern of Firesweep effects, mainly Windsweep, which can cut down on his ability to perform as a Near Save unit. Units such as Brave Alm and Ingrid are notable examples that come to mind. That being said, if he can survive against said Windsweep foes, then it shouldn’t be difficult to take them out on the following turn.

This is a build focused on making Arden viable against mages and dragons while being viable against melee units. Due to items being focused on resistance, Arden gains the bonus from his weapon, warding breath, and either res wave c skills. Crazily enough, with all the buffs with summoner support of 'S', Arden has survived a hit from a +6 blue Micaiah with an attack boon. For dragons, as they are melee-based, use Deflect Melee, to reduce the damage taken, but Deflect Magic still can be used if you are fine with Arden with 20-30 hp. Even without buffs for his bulk, Arden can go against some enemies with armorsmashers/slayers with little problems.

This build is an enemy phase Arden that maximizes his mixed bulk, leaving him at 41 defense and 38 Resistance unmerged. Barrier blade adds 7 resistance in the enemy phase and with a res refine, gives a total of 10 res. Water boost takes advantage of his massive HP to add 6 more resistance in the A slot and Seal Slot bumping his in combat resistance up by 12 more. Alternatively, you could use the more budget option and use Warding Stance or go with the premium Warding Breath, but you will forgo the player phase buff with Water boost if Arden must attack a close counter mage or a dragon in the player phase. Arden’s B slot could be vengeful fighter for a stronger enemy phase, follow up ring for mixed phase doubling, wary fighter to prevent doubles, or renewal for constant healing. Finally, his C slot with attack smoke could rebuff all enemies’ attack or be a support skill.

A high-Defense build I made, with Ignis. Safeguard, Steady Stance, Odd Def Wave and Even Def Wave helps boost the power of Ignis. The Follow-Up Ring is just so Arden counterattack, with his incredibly low Speed. Odd and Even Def Wave are so Arden's Defense goes up EVERY turn, instead of odds or evens. Pivot is an ideal Support Skill, but you can use Swap as an alternative. When the foe initiates combat, Arden's Defense goes up to a VERY high 59, on odd and even turns. That's not all you can do to raise his Defense, though! You can use dragonflowers, merges, etc to raise his base Defense! You can also give him support from the rest of the team (Close/Distant Guard, Fortify Armor, Ally/Summoner Support, etc) to raise his Defense up to an EXTREMELY high amount!

"I'm strong and you're toast!"

Introducing the ultimate physical-weapon-killer! No sword, axe, bow or lance can kill this boy! Shiver in fear, for he gets 71 points of defense upon fighting a melee unit, and they try to approach him! As an extra bonus, his skills allow him to negate any cool down charge the enemy had, and gives him +2 for every attack. Translation: +56 Special dmg every time an enemy tries to strike him! Well, if they attack twice, that is. Which is easy since all they need is 25 spd or more.
Granted, he still dies from magic. Like, easily.

There's a reason why Ardent Sacrifice has Arden in its name!

Slaying Edge and Steady Breath are used in order to pull off Aether faster, though Steady Breath can be replaced by Heavy Blade. Though refining Slaying Edge and increasing its attack helps in dealing more damage, you could alternatively refine it to increase Arden's defense or HP.
Ardent Sacrifice is key to this build, but can be swapped out for Reciprocal Aid.
Aether is used to restore Arden's own HP whilst dealing damage, and can be replaced with Sol or Noontime.
Wings of Mercy allows Arden to quickly travel to an ally in need of healing and either use Ardent Sacrifice/Reciprocal Aid to heal them, or take on nearby enemies and rely on Breath of Life to do the healing for him.
This build overall makes Arden a mixed phase armoured healer. He's still the strong and tough knight we know and love him as, and his speed... well... that armour doesn't exactly help with it. 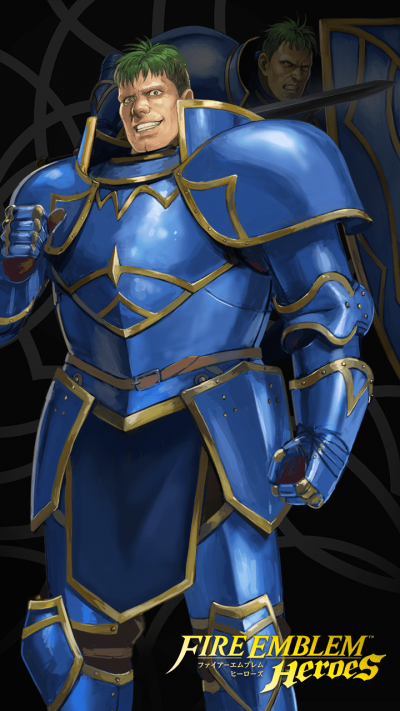