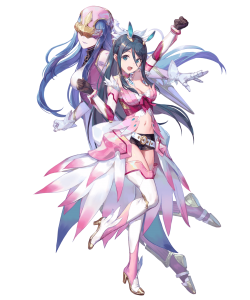 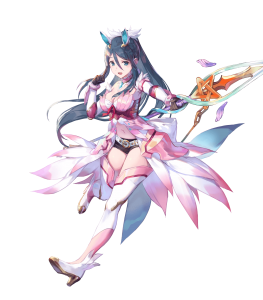 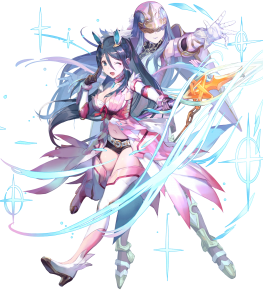 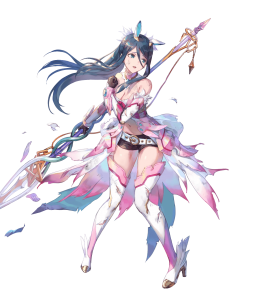 Passive B: S/D Near Trace

Tsubasa’s 40 Spd, while not as absurdly high today as when she was first released, is more than sufficient for consistently performing and avoiding natural follow-ups.

In harmony with Caeda, Tsubasa wields her straightforward personal weapon:

With Mirage Feather’s Desperation effect, 2HKOing is the name of the game for Tsubasa.

While Tsubasa’s Spd is still excellent, the rest of her stats fall rather short for modern standards. 39 HP, 32 Atk, 26 Def, and 30 Res leave much to be desired both damage-wise (even with effectiveness) and bulk-wise.

Although Mirage Feather allows Tsubasa to still be viable in the current meta, she is unfortunately far from most players’ first picks for Aether Raids purposes.