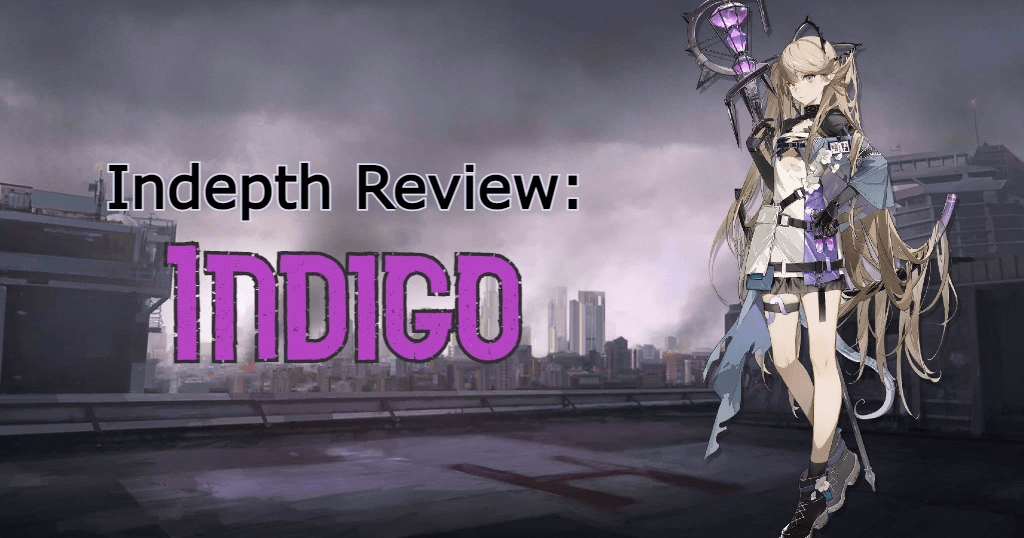 Indigo is the future 4★ Mystic/Charge Caster featured in the Revolution Symphony banner, which will run alongside the Preluding Lights event. She’s the second Operator of this archetype after Iris, and her kit is focused on enemy control through the application of long-lasting Binds. Will she take the low-rarity Binding crown from Ethan, or is she not powerful enough? Let’s find out!

Perhaps following a trend with the other units of this banner, Indigo is a strange subversion of what her archetypal role seems intended to do. While Iris got away with having a low application rate of Sleep, a more technical status ailment you might not always want on the enemy, Indigo is entirely focused on Binds instead, which ideally you want to apply constantly if you have the chance.

Given the incredibly slow Attack Interval typical of her archetype, one could expect Indigo to be quite bad at her job, but there’s surprisingly more to her than meets the eye.

Finally, before we continue, this article will always assume Indigo has been raised to Elite 2 in order to make a fair comparison. Keep in mind that the binding chances outlined in this article are made with the assumption of her E2 Talent, which improves her Binding capabilities substantially. 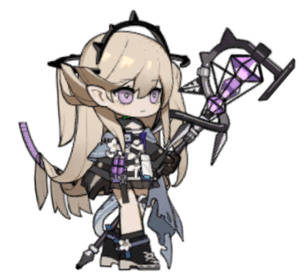 There’s not much to be derived from a comparison between Indigo and other units that wasn’t already discussed in Iris’ review. Her stats are, as you would expect from her lower rarity, worse than the other Mystic/Charge Caster, but she sports a massive Attack stat that goes way past 1000, though it is also over 150 points lower than Iris’, owing in part to their different Trust bonuses.

This talent acts as the cornerstone to Indigo’s kit. At Elite 2 it gives her an 20%(+2%) chance to bind enemies for 4 seconds, which is pretty similar to Ethan’s 25% for 3 seconds. Indigo, however, also has an extra effect which stops her from attacking any bound enemies, regardless of what the bind source is.

That last line is what makes Indigo a complex unit. It’s clear what its purpose is: you want her to not attack bound enemies so that she can store attacks and burst down whatever poor enemy happens to be trapped in those Binds once they are released. But this also means she will often lose track of what she’s doing and not finish off enemies (nor store any attacks) if there’s any other enemy within range, effectively gimping her damage output heavily. This makes Indigo quite difficult to use, as her archetype already struggles with waves of enemies due to their poor Attack Interval.

Still, it’s worth mentioning that, if used correctly and in tandem with her skills, this can also be a very powerful tool if you can overcome the problems previously mentioned, as every single one of her charged attacks will try to apply the Binding effect separately, resulting in a 20% / 36% / 49% Bind chance depending on the amount of attacks Indigo has stored up.

This skill is almost a complete carbon copy of Iris’ first skill, so you could consider this the generic for Mystic/Charge Casters. Upon activation, the Operator’s range is changed to a 4 tile long straight line in front of them and, at M3, their Attack Interval is reduced by 80%, but their attacks only deal half damage.

Not a great skill on its own, and with a 4 second uptime with 15 seconds of charge it is a contestant for having one of the worst uptimes in the game (21%!). Surprisingly it works in favor of the Operators’ kit by massively reducing the attack interval to a really fast 0.6 seconds. These Casters are able to quickly get the three attacks they can store up in order to unload on a dangerous enemy (which is probably also why the range is so heavily gimped, so they don’t waste those hits on anything else).

This worked great for Iris, as her talent encouraged the use of stored attacks by tacking a damage multiplier on top, but it’s not that great for Indigo. Since the entire skill lasts as long as a single Bind would there’s not much to gain from this rapid fire, and even if there were multiple enemies stuck on her range at once (for which you’d likely already need some sort of blocker) the Bind chance would still remain at 20%. Even though her Attack Interval is massively decreased, so is her range; so taking advantage of it is incredibly hard and, frankly, more trouble than it’s worth.

This skill is Indigo’s bread and butter, and both sidesteps and takes advantage of the rest of her kit. At M3 it reduces her Attack Interval to 1.6 seconds and triples the activation rate of her talent, increasing it to 60%(+6%)  It also generates an aura within her attack range that deals Arts damage equal to 20% of Indigo’s Attack every second to all Bound enemies within it. It takes 40 seconds to charge up and has an uptime of 20 seconds, or 33%.

This skill is complex and has a wide variety of uses, but it is particularly good at taking care of dangerous single targets by Binding them constantly. Due to her Attack Interval of 1.6 seconds, Indigo is able to store two attacks in the time it takes her Binds to run out, so if she’s constantly focusing on a single enemy this equates to an 84% chance to Bind them once again as soon as the previous status effect expires. While the heavy Attack Interval reduction makes it so that she actually would have worse DPS if the bounds did land (Indigo’s aura has 64% of her regular attack DPS), the archetypal trait of storing uncasted attacks makes it so no actual hits are wasted, effectively increasing her DPS by that amount if the Binds land consistently.

As an example and under the condition that those 84% Binds do land consistently, Indigo would deal around 22500 Arts damage against a 0 Res enemy, while constantly stopping them in their tracks. That’s pretty good!

Additionally, since the aura damage is not limited to Binds inflicted by Indigo herself, she has some very fun interactions with other operators that can inflict them to multiple enemies at once, such as Magallan, Carnelian or Ethan. Definitely not the best strategy, but a pretty fun one regardless!

So, should I pull for Indigo? Are her Binding abilities impressive enough to consider adding her to my team? What about her Arts damage? Does her massive Attack translate into good DPS? The answer is PROBABLY NOT. Indigo is a decent unit, but the niches she mixes do not mesh terribly well together, and her usage cases are few and far between. Her effectiveness is extremely dependent on her Talent, and the E2 upgrade is pretty much required to gain any kind of reliability on her Bind. This makes her less useful at E1, where 4 stars are sometimes preferred over higher rarity units due to their lower investment costs and competitiveness at equal levels.  While she’s not a bad unit, players should consider if they have anything else more worthy of their resources before investing or pulling for her, as she will probably not be a great option for events like Integrated Strategies either. 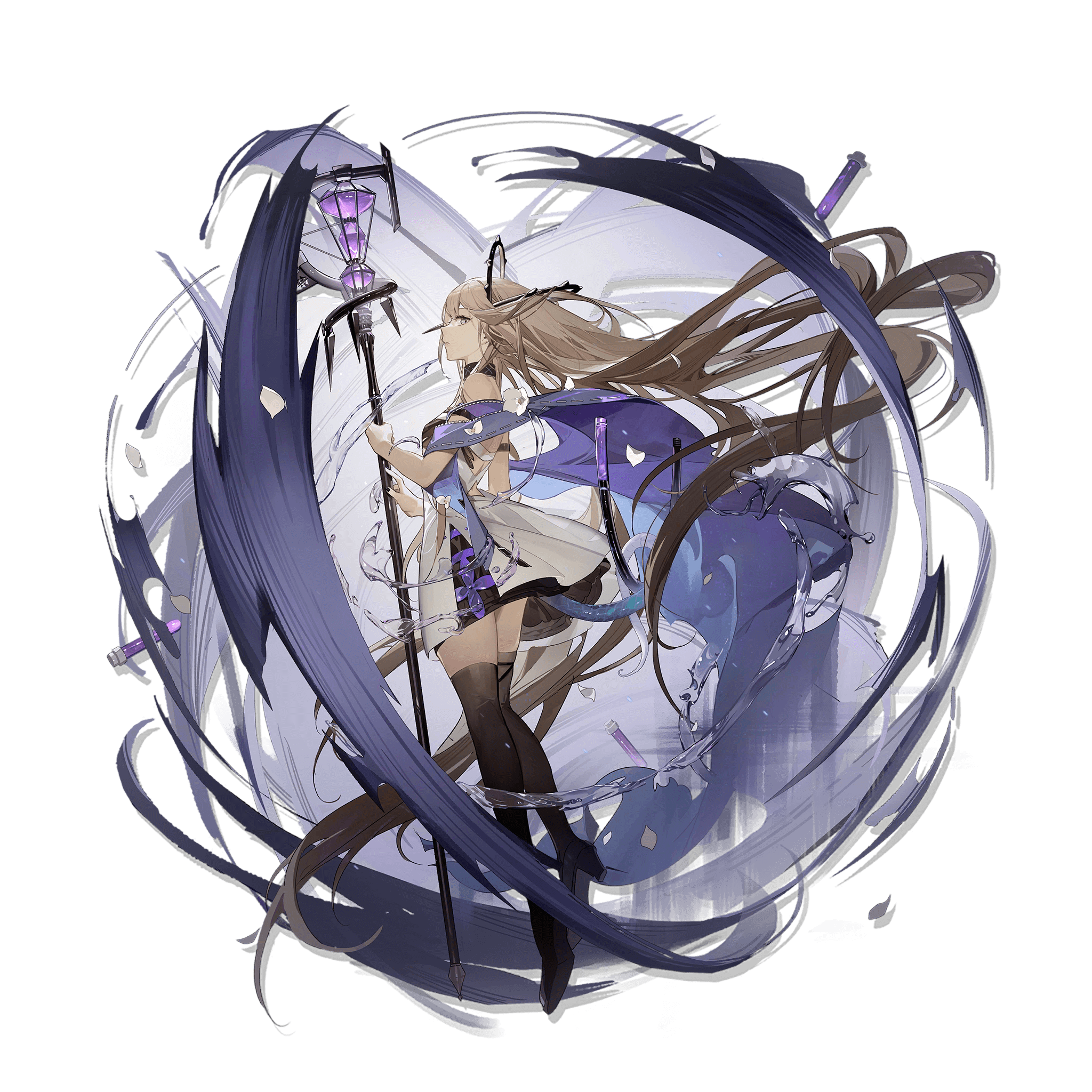