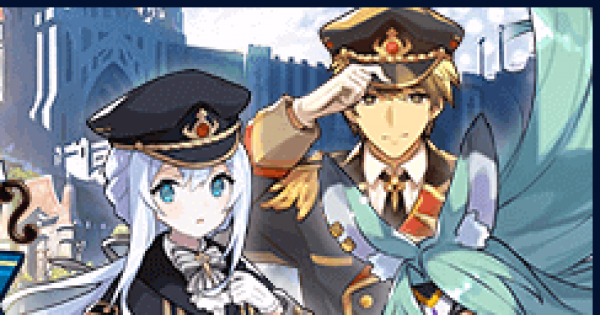 The next Stormlight book is here?! Oh man, I've been waiting for Rhythm of War since Oathbringer came out three years ago and- Oh. Stormlash. Still gotta wait four more days? Phooey. Well, Joachim is no Kaladin Stormblessed, but he's OK.

I'm gong to make this quick: Kaladin, I mean, Joachim, is OK right now. But Stormlash affliction punisher mechanics are something that will pay off later, once we get prints, dragons, all that jazz. For now, he's a unique and flavorful addition to Wind that can preform decently well, but it's going to be a while before he's really worth the investment. I wouldn't pull heavily for him now, as he's only fair middling at this point in time. Currently, the biggest selling point for him is that he has 30 second poison, which is pretty damn good, and double affliction punisher which is just gravy. Compare this to Delphi, who has 27 seconds of poison and for a long time was considered one of the best Poison enablers.

Verdict: Maybe. Over time, Formal Joachim is going to drastically improve provided we get Stormlash support, but at this very moment he's just alright.

The first Noelle, the angels did say
Gave good buffs to wind in fields where we slay

But now we have, a second Noelle
And I don't really write music so this won't scan well

Again, I'm going to be brief: Formal Noelle is as cute as a button, but her place in the meta is questionable. Yes, the lowering of poison resistance is utterly fantastic, and could be a must have on long boss fights. However, Lowen is basically mandatory for Master Ciella due to providing both a defense buff and an HP boost which makes the fight much easier to auto/solo, which is almost the only way to do it as it's far easier than co-op due to HP scaling. You can likely sub Formal Noelle in for that and she'll do a passable job, but she's not replacing Lowen on optimized lists right this second. Still, she can be worth a pick up just for that Poison resistance down, as that can really help out certain compositions that rely on Punisher prints.

Verdict: Maybe. Formal Noelle does have some nice support, but Lowen looks to remain the King of Wind healers for now.

Who? Oh, right, that guy. Um, then one with the face! Yes, definitely remember you, and you are a key part of the story!

(Guys are we sure Sarisse really has a brother?)

Gala Luca is one of the strongest Gala Adventurers at the moment, and his DPS potential is insane with the way Agito weapons work. That said, Light has a pirate sized problem, and her name is Karina. With cheese comps running rampant and no end in sight, it's doubtful this will change until higher difficulties emerge. Legend difficulty will change Karina to a one element solution, but that's a long ways off and it's possible Luca could fall out of the meta by then. You can pull for him if you really want to shore up your Light Roster, but I'd recommend that only if you have no other good options.

Verdict: Maybe. Despite Gala Luca being at the top of Light, he's no match for the Pirate Queen's cheese.

Noelle and Joachim are going into the permanent pool, so the only Limited Adventure is Gala Luca. Gala Mym is in the pool, but is not rated up.

On to my recommendations for Wyrmsigils. This is really only relevant if you're going 300 deep in on this, which I can't say is super optimal.

If you have to pick between Noelle and Joachim, I personally think Joachim is where it is at. Noelle is interesting, but Lowen is just too strong to be dislodged easily by her. Joachim has incredibly long poison, a new affliction, and a new weapon type, so he's the more interesting pick. You can go for Luca as well, but he's been around a while and I personally don't think he's as appealing as Gala Prince with his duel afflictions and Dragon Built. I wouldn't bother with Vayu or Pop Star Siren as choices. They're old dragons and not worth going in 300 deep for.

Final Verdict: Maybe. The New Adventurers are alright and Gala Luca is good, but this isn't a fantastic Gala Banner.

With a collab and limited season coming up between Christmas and New Years, I'd just hold on to my spare tickets and wyrmite at the moment. We get so many Gala banners these days that I just don't think it's worth it to go in deep just because you see a Gala anymore. Save for a wyrmsigil pick that's going to really be powerful, which none of these choices are at the moment.