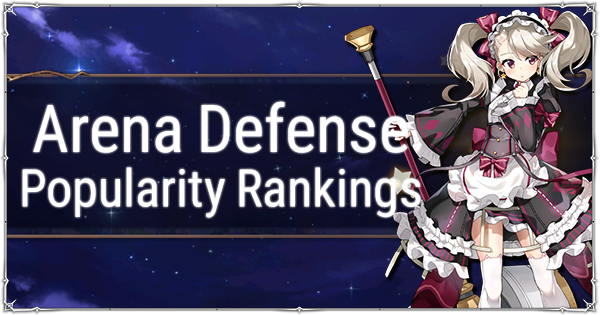 A year ago it was Diene, Crimson Armin, and the exasperating “stall team” meta. Then came the crippling debuff meta with Dizzy, ML Aramintha, and ML Baal. Fast forward to today, and arena defense teams everywhere are filled with counter-happy Seaside Bellonas. Fallen Cecilias, and Arbiter Vildreds, plus speedy Basars also reigning supreme. Will Elena soon become the next meta-definer?

Whether you love or hate Arena, it’s pretty interesting to see how the meta evolves.

We crunched some numbers and analyzed this week’s Arena Defense meta to find not only the most popular heroes, but also the most common team formations.

In addition, we also collected data on average team speeds, which can be used as reference when forming your own defense and offense teams.

Over the last few days we sampled 141 arena defense teams from Champion-rank arena (Champion I-V). We recorded each team formation and took note of which hero went first, along with an estimation of their speed.

Individual Hero popularity was ranked based on frequency; we counted the number of times each hero appeared, and divided it by the total number of teams sampled.

Team formations were trickier to analyze, because there’s a lot of possible variations. We used an algorithm to measure how similar teams were to one another, and then we ranked each team based on how many other teams were “similar” to it.

For this analysis, we made up two rules to determine whether or not two teams are “similar”: (1) the fastest hero on both teams is the same, and (2) both teams have at least 2 out of 4 heroes in common.

The result is a ranking of the most popular arena defense team “archetypes”, ranked by prevalence. 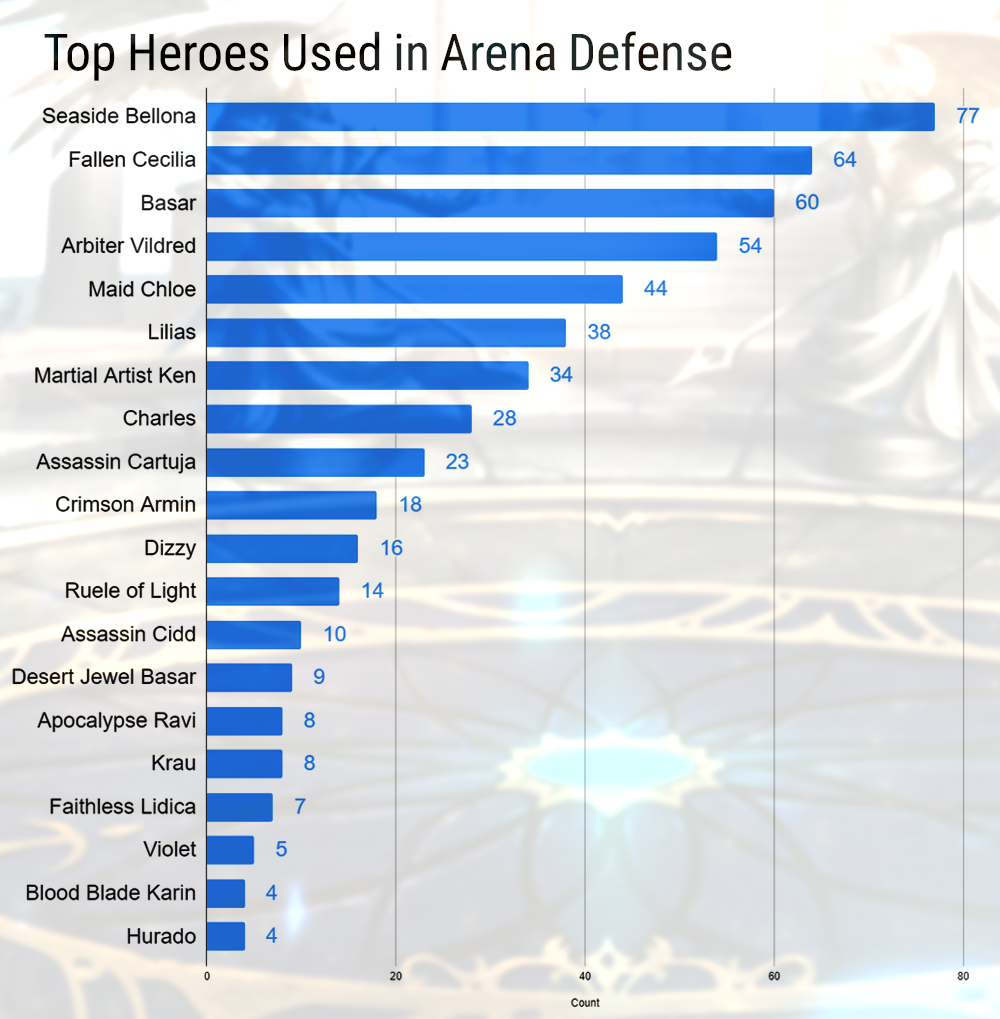 These were the most popular heroes and team formations in Champion arena for this past week. The numbers show that counter-attacking bruisers are dominating the defense meta. If you don’t have a reliable offense team to deal with Basar, SSB, and Arbiter Vildred yet, be prepared to refresh a lot.