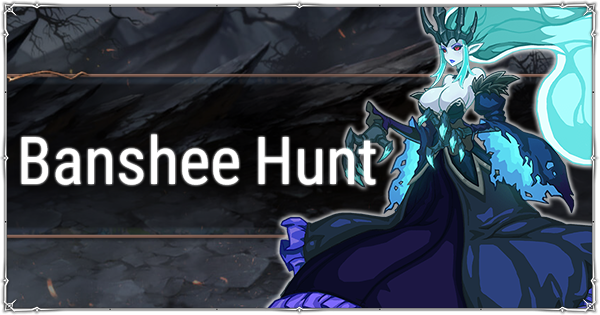 The Banshee Queen has two main mechanics to be wary of: her poisonous Banshee’s Curse (Vengeful Spirit) and her ability to split into four miniature Banshees (Spirit Shield).

Banshee’s Curse--  At the start of that hero’s turn, the curse will activate and deal massive damage to your entire team.

Each of the Banshee Queen’s attacks will inflict a poison debuff for 2 turns. Unless the poison is removed, the Queen will attack the poisoned hero on the next turn, triggering an extra AOE attack that poisons all allies and inflicts the “Banshee’s Curse” debuff on a random hero. 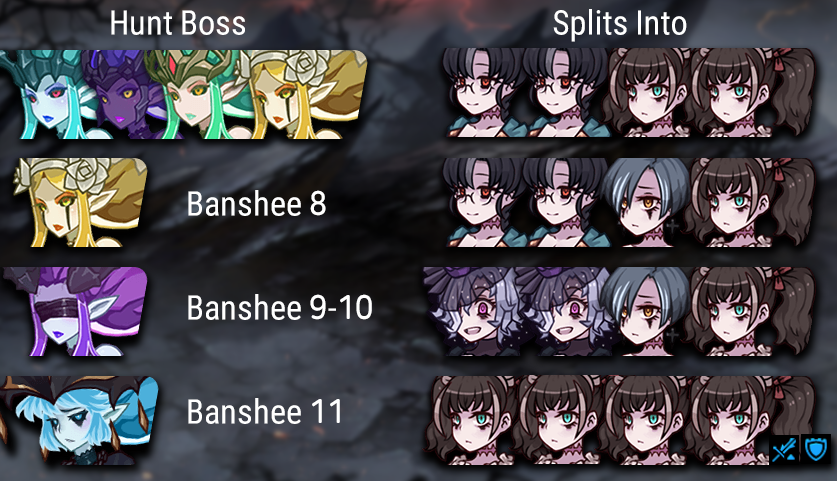 The Banshee Queen will split into different mini-Banshees depending on the stage.

Banshee sets are up there with Wyverns in terms of usefulness in PvP. Because there are four sets, however, targeting any one is slightly more difficult, being a 25% drop instead of the 33% from Wyvern and Golem.