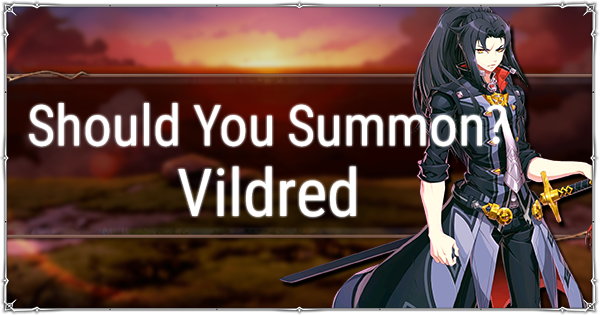 Today we’re covering Vildred, available for 2 weeks as part of a non-limited banner. There is NO featured artifact on this banner.

That being said, let’s examine the pros and cons in this scenario.

That being said, there are also cons to pulling right now.

CONS (reasons NOT to pull):

In addition, there are the following things to consider at this specific time -

If you need a strong farmer, are early in your game progression, and don’t feel the danger of missing out on Diene or another Halloween-type limited Hero (due to having more resources in the beginning), pull for Vildred. If you are a more established player, you likely have a decent hero pool and are more likely to benefit from waiting.