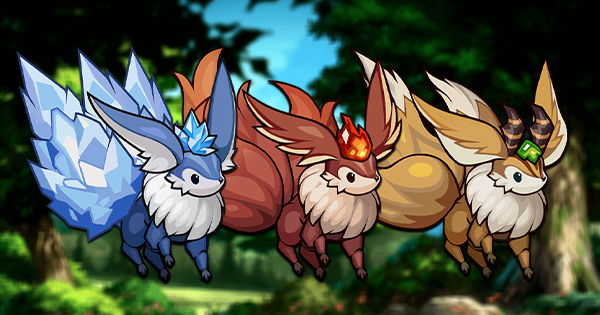 The above available stats correspond to known constraints to the main and substas of gear. For reference, the below table illustrates the possible stats for all gear pieces. 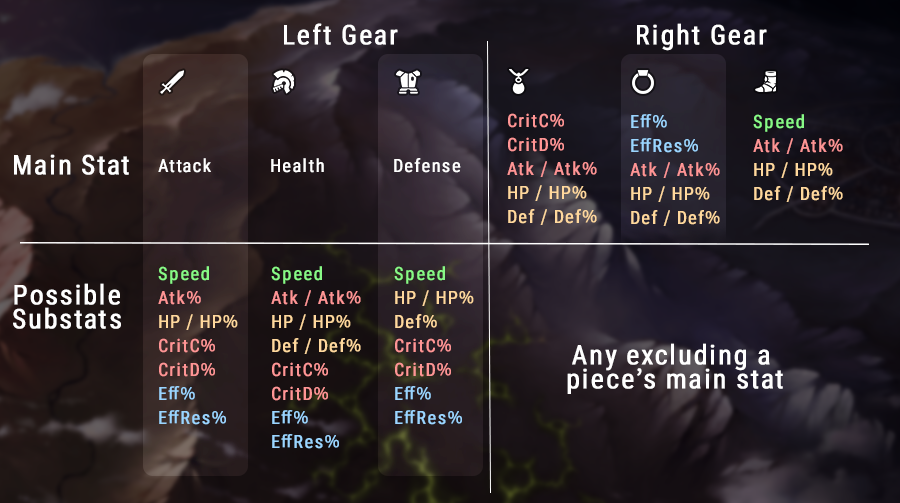 Insight into the flat stat buff. from r/EpicSeven

Along with improved Gold, Leifs, Covenant Bookmarks, Phantasmas, and Mystic Medals, we also get a 4 - 5★ Hero Summon Ticket and 5 Galaxy Bookmarks each month!

This image is subject to change, but this spells out a generous reward just for logging in each day. Since the previous Gold Transmit Stones (which were equivalent in value to 5 Galaxy Bookmarks) are consolidated to Day 28, this makes more room for other items. Just be sure to keep the streak going until then. 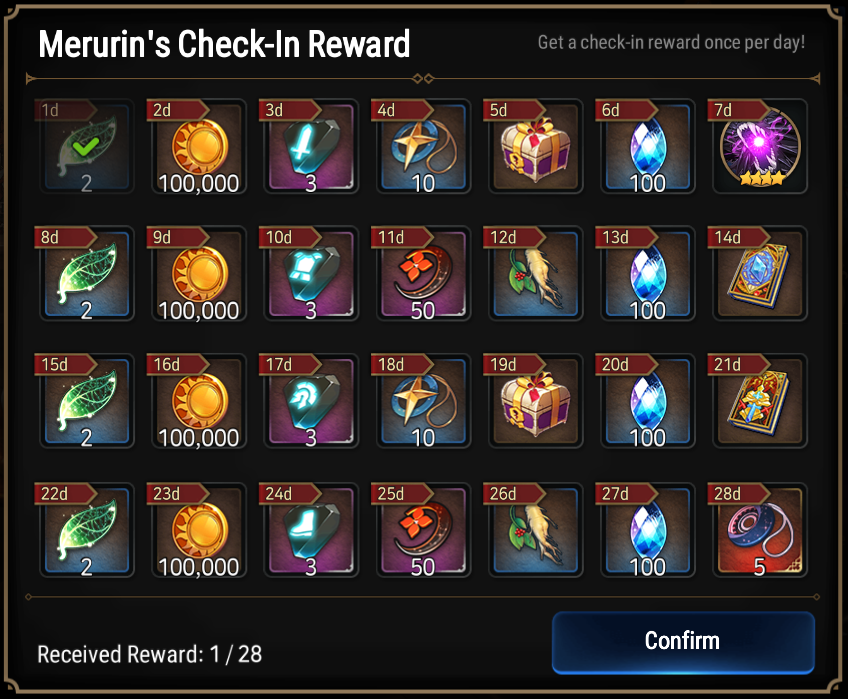 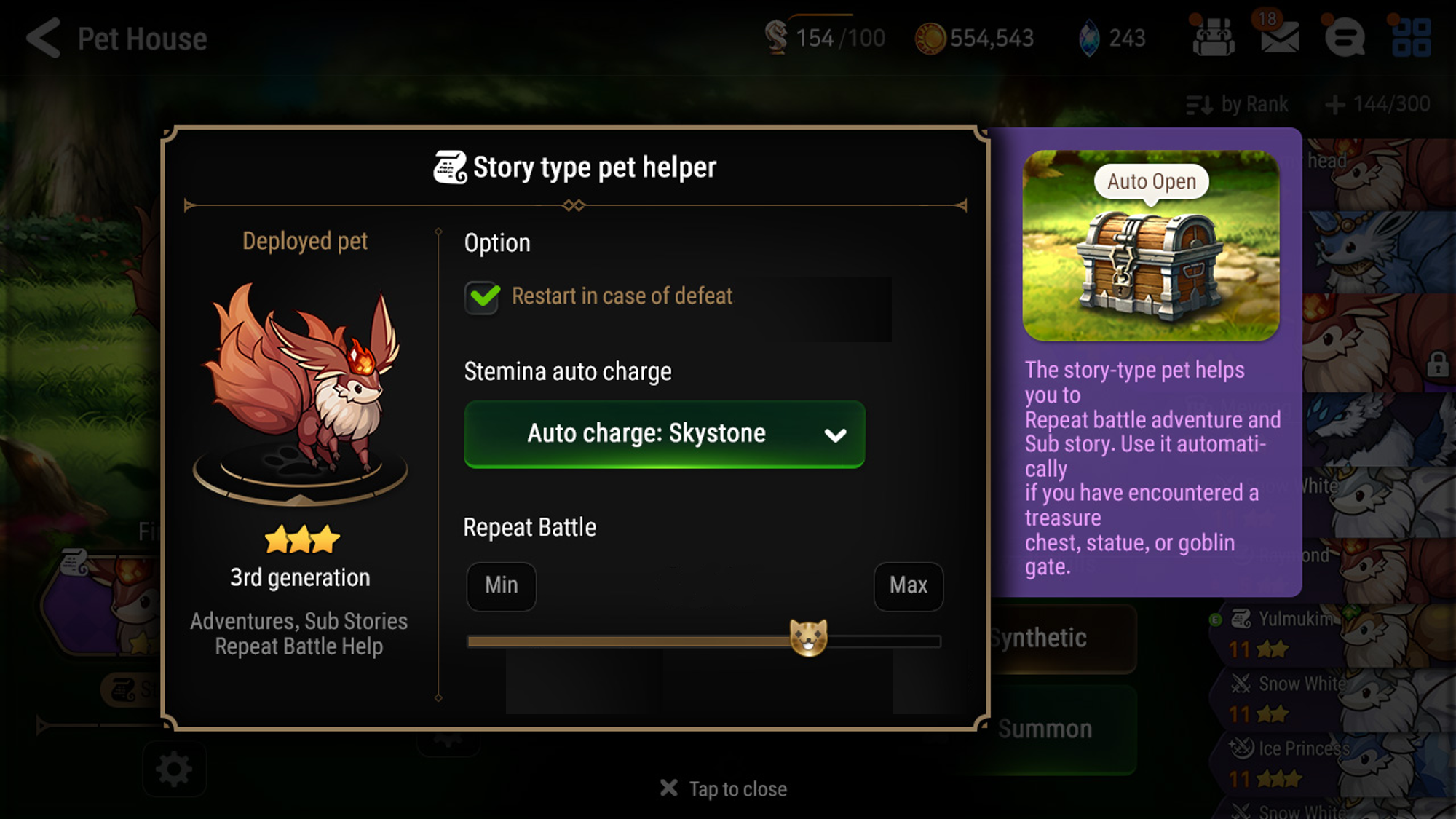 This is a huge QoL improvement for a grindy game. Auto-charging Stamina also means players can farm for long periods, beyond the maximum of their Stamina bar. This is especially great for shorter stages like Spirit Altars, but will also be a godsend for grinding Hunts, Adventure mode and Side Story events.

In addition to repeat and chest-opening functions, pets will also have passives that increase EXP gain, material drops and even the drop rates of Catalysts.

Smilegate admits that the Raid content is a bit overly challenging:

At first, it was designed so that different Heroes and team compositions were necessary in order to clear the bosses. However, unlike our original intention, using Heroes who can maximize morale from camping became the only way to clear this content.

Morale is indeed a central factor in building morale teams, almost equal to a Hero's Skills. To ease the team-building constraints caused by this, a handful of solutions are proposed:

The net effect is reducing distances teams must travel to take on bosses and finish content. Before, players had to carefully maneuver along tight paths to reach every Raid Boss within a week-- now, the plans are more flexible and give players the option to skip the dungeon-crawling before challenging a boss.

Morale will no longer decrease as a result of any dialogue options. The UI will also be updated to show which other Heroes in the party respond positively or negatively to a dialogue option. 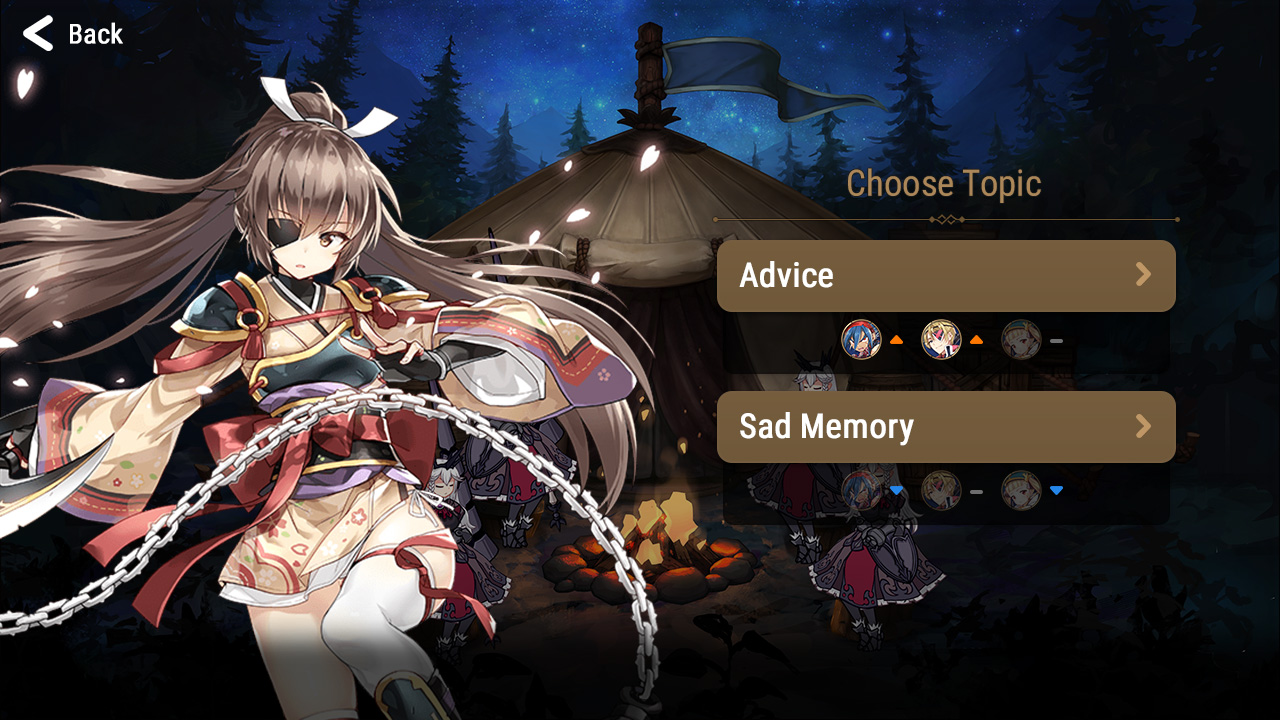 For those going in blind, this greatly reduces hazards and makes it much easier to boost Morale. The actual values still remain hidden, however. For those who still want to see exact data for their team, our own Camping Simulator will be updated to reflect these changes. 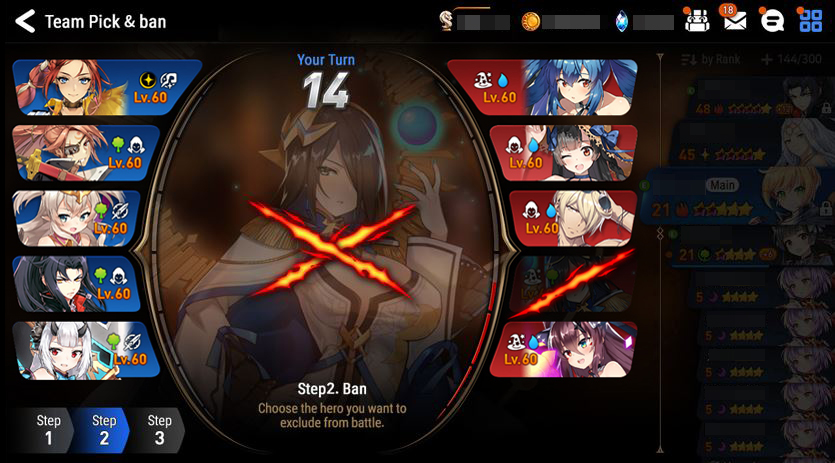 Smilegate plans to add a real-time Arena mode which introduces battles against Friends and battle replays. Rankings and rewards will be separate from the normal Arena, with Hero Skins hinted as a possible reward.

Timeline is set to “this year.” Given the number of other changes occuring, this will most likely come in late October or November.

Smilegate promises more gold through web events, “Occasional Buff Events” and the monthly Free Unequip Events. For players struggling to craft and enhance their gear, this is a bit underwhelming, as those costs will remain very high. Hunts in particular drop little gold relative to crafting materials, despite being the best available stages for using Energy to farm gold. Meaningful changes should address both the uses and sources of gold so that players have more opportunities to +15 gear pieces for favored Heroes.

Energy is not addressed in the announcement aside from mentioning the browser events. Hopefully things will be rebalanced in a meaningful way-- although free energy is abundant for a casual player, the costs for many stages remain high.

The current revisions to the Summoning system-- which were implemented last month-- will remain in effect despite mentions of a "ceiling" at the Developer Conference. For players hoping for a mechanic to rely on for obtaining certain heroes, this is sure to be disappointing.

The pity mechanic in Mystic Summons does allow one to earn a guaranteed Moonlight 5★ Hero, but reaching 200 Summons costs 10,000 Mystic Medals. For reference, the monthly cap on Mystic Packs is 7260 Medals for $570. Buying 10,000 of them would cost about $785, which is very expensive for a single character. 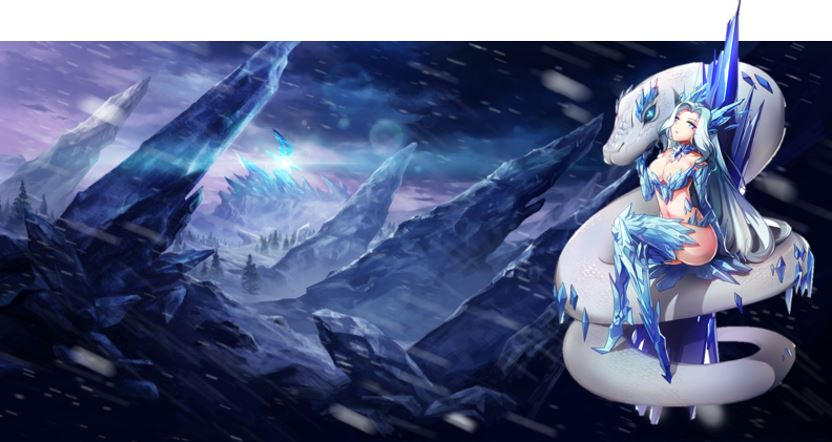 Nixied's Sanctum will receive additional areas, with the teaser image above being of one of the bosses. She closely resembles a character whose porteait is shown in the datamine.

The statements also include clear stances on a few concerns the playerbase has: