Community Posts with Keyword Michalis All With +10 damage at special activation, Michalis' Hauteclere forge has allowed him to deal faster, more consistent damage in the form of his Specials. Now, instead of waiting for the long Ignis or Aether procs, it's more advantageous in most fights to have Bonfire up and have it up often for a base addition of +27 damage at every proc on a shortened 2 tick cooldown.

When starting out the battle with his Quickened Pulse seal, Michalis is able to bait out any unit for a single blow, and then retaliate with a Bonfire intense enough to wipe most enemy units off the map.  If the opponent somehow survives to attack him again, Michalis retaliates with his base 50 damage and primes Bonfire to be fired off for the next player phase. Utilizing this kind of build, Michalis can kill even meta reds such as Mia, Ryoma, and Ayra on turn one of combat, though the latter two require a small Attack buff to be able to seal the deal.

Steady Stance and Close Defense are rather interchangeable; it mostly depends on what you have and what you'd be willing to sacrifice. Steady Stance will protect him somewhat from archers and dagger users, while Close Def will help mitigate some damage against dragons.

If you'd like to play him more defensively with even harder Specials at the expense of additional cooldown time, you can instead run him with Ignis and a Close Defense seal, which further protects him from enemy attacks and gives him stronger Special procs on the Enemy Phase. However, you'll do less consistent damage this way and you would need to rely on the enemy units doubling you in order to get all four ticks of combat from Quick Riposte.

If you like the idea of an 'all damage all the time' type of build, you can also consider running Heavy Blade to further mitigate Bonfire cooldowns, as Michalis certainly has the attack to sustain it.

His C slot is more up to your team - Michalis is a good member to carry Hone Fliers, as he does not benefit from the Speed boost in the way that other fliers would, though he can also use Goad Fliers to buff his team. If functioning as a standalone unit, Threaten Defense will help him do more damage, while Threaten Attack will help him tank for long periods of time.

While the added effect of +10 damage per Special activation seems like a no-brainer, Michalis actually benefits immensely from upgrading his Hauteclere to improve his defenses as well. The +4 increase in Defense brings it up to 39, which also increases his Ignis damage by 3. Ultimately, if you're running Ignis, then the tradeoff is -7 damage every Special proc in exchange for +4 Defense in every round of combat (which saves Michalis 8 HP in each QR exchange). This beefs up his previous standard build into being nigh unkillable, and with this, he closes the distance on Beruka's niche as the flier with the highest defense.

Ignis is the recommended Special for this build due to its incredible damage potential and synergy with QR. However, for longer battles (such as for usage in the Tempest Trials, or if he's used extensively in the Arena), Michalis can work very well with Aether which can heal him back up to continue tanking.  Aether's damage procs off of the enemy's Defense, however, and the damage it does will be almost certainly less potent than Ignis.

This build can also be run on a budget; with Ignis, Fury, Quick Riposte 2, and his native Threaten Def, Michalis can still be incredibly lethal, though you should take care to pair him with a healer as Fury's chip damage can push him under Quick Riposte's HP threshold.

The last skill again depends on team composition. He can run Hone/Goad fliers, but as a standalone unit, he can be just fine with his natural Threaten Def.  As far as the sacred seals go, he wants to increase his defenses by any means necessary, which means that he works best with a Close Defense or Defense +3 seal.

This set works best with flier team support and can help mitigate the downsides of running a flier team: namely, facing off against archers and Reinhardt.

Although he has a low Resistance stat, with a Fortify Fliers buff, Michalis can survive a +10 QP/MB Reinhardt and kill him on the counterattack; if the Reinhardt is unmerged then Michalis can survive him as-is. Both of these put him at rather low health, so he'll want to top off with an Aether proc or another teammate's healing skill.

The main draw of this set, however, is his ability to counter archers. With his Deflect Missile seal and impressive Defense, Michalis can survive many Brave Bow archers, such as Life and Death Bridal Cordelia or Klein and kill them on the counterattack. This is, unfortunately, going to be stopped by Brave Lyn's default skill which negates DC, but even then, the ability to withstand arrows is vital to manipulating the AI in Arena.

Distant Defense seal will further Michalis' ability to tank and retaliate from range, but doesn't mitigate Brave Bow damage quite as much. This build relies heavily on Sacred Seals to help him with survival and counterattacks, so be sure to upgrade whichever you choose all the way to the third level for maximum potential.

As one of the first and somewhat overlooked GHB units, Michalis boasts surprisingly high HP and Defense, along with a solid Attack at the expense of his Speed and Resistance. He has since been buffed in the 2.0 update with his legendary weapon inheriting a +10 damage on Special trigger in addition to its already-present cooldown mitigation. All of this, coupled with its already-high 16 mt and his impressive strength, makes Michalis a monster when it comes to tanking and dealing damage and he should not be underestimated by any player.

He's generally most favorably viewed as a slow tank with the ability to nuke others with his specials, and not much about that has changed. However, due to his damage increase, he's become much more of a threat both on and against your team.  Offensively, he still leaves a little to be desired due to his low speed, but when his special is charged he's more than capable of killing units in the Player Phase.

Michalis has Hauteclere, which has cooldown mitigation in addition to +10 damage on Special procs, vastly increasing his damage potential. Due to the cooldown reduction on his weapon, he can use Quick Riposte to proc strong Defense-oriented specials like Ignis or Bonfire on the Enemy Phase.

43 HP and 35 Defense makes him a fantastic physical tank. This immense physical bulk allows him to take little to no damage from lance users and can easily duel axe users, and even has the ability to duel it out with some sword users as well. If built properly with the utilization of buffs and seals, Michalis can tank archers without Iote's Shield which opens up his A slot to Distant Counter, allowing him to strike back against archers that threaten flier teams.

Michalis' base attack with his Hauteclere reaches a natural 50, which is threatening on its own. When taking into account his high Attack stat, this coupled with Hauteclere's forged effect allows him to reach incredibly high damage numbers - +77 damage on a Bonfire proc, for example.

Michalis is noticeably slow even in a flier team setting, and lack of access to a Speed boon also aggravates this problem. He relies mostly on Quick Riposte to deal damage and on his bulk to last through confrontation.

His low Resistance stat makes him quite vulnerable to mages and dragons, particularly red mages, but most meta green mages are a threat to him as well. Some fast or high damaging blue mages like Linde, Lute, or Delthea could also potentially kill him despite their color disadvantage.

Being a Grand Hero battle unit, Michalis is limited in that he cannot get IVs. While his reruns mean that merge levels are growing steadily (if you've gotten every Michalis available up until now, you could have a +5), he's still limited in his rigid stat line. Due to this, other fliers who specialize in their roles can fill different aspects of his niche better than he can: Beruka has better bulk, Cherche has more Attack, and Minerva has more dueling potential.

Anti-melee specialist that prefers to player phase to set up Brazen/Vantage for boosted Ignis damage. Can charge reliably due to slow speed and Deflect Melee.

Who needs Steady Breath?
with Hauteclere's refinement, Noontime becomes a one charge special with +10 damage added to it, essentially a mini-Aether every hit.

This build Makes Michalis near immortal in Melee. Every time he hits back he will boost damage and recover HP, giving him amazing Sustain power as long as nothing is around to target his RES stat.

Simple budget/enemy phase build. Effective refine and Draconic Aura are to make Michalis hit harder when his special activates. Axebreaker helps him against axe units. Swap is to help save fragile allies. Keeping threaten def for any enemies that survive.

This set is focused for a Flier team, for a generalist unit and a mixed team he doesn't mean to take arrows in the first place but can be a solid physical tank replacing Lote's Shield seal for Close Def.
Quick riposte is there because he is slow and not always will be there an archer to block. I use Ignis because is really funny to one-shot people with it and I support him with Goads to buff his Attack so he can kill melee units in counterattack without the special, but for a more consistent damage and have the special charged after blocking two arrows Bonfire is recommended.

With this build, Michalis become a strong powerhouse green unit, wich is able to take hits from a red unit and live thanks to Close Defense or Deflect Missile, in the case of bows, Threaten Defense give him the chance to OHKO a near enemy once the Desperation cis activated. Moonbow + Hautheclere(+Eff) is such a great combo since guarantee +10 damage to his high 50 Atk and reduction for takedown more tanky enemies, and fue to the natural effect of Hautheclere, he can spam that combo. 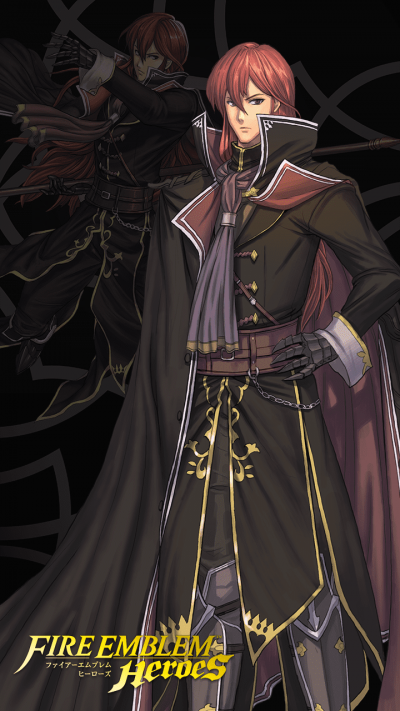 Laslow and Mordecai team up?
I’m thinking about building Laslow and I think he would work wonders with Mordecai…
First time making my own HM farm
I built up a Navarre a few days ago and was looking at a few HM farm guides on a…
I drew summer Deirdre and Sigurd
I was heavily inspired by @Souljia_Bitch post in the Ideas for the summer banner topic…
Favourite Support Unit?
Two categories: refreshers and everyone else. Go 61 posts - 31…
442 damage with nino
Screenshot_2020-07-03-19-04-28540×960 645 KB 23 posts - 8 participants …
Read More