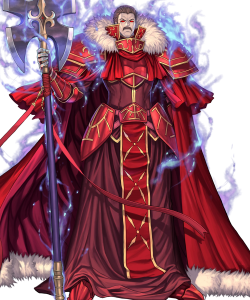 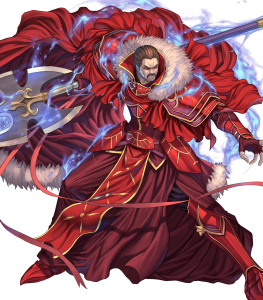 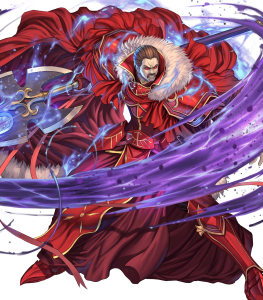 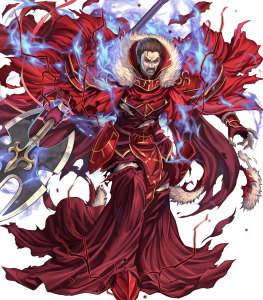 Having a built-in Distant Counter weapon effectively frees up the A Passive, meaning Hardin can run more competitive skills. These skills can either be used to further bolster his tanking abilities or go into roles that would normally be harder to use without the free A Passive.

Because Hardin’s statline is relatively balanced on top of the fact that Gradivus grants an additional +4 to each of his stats, as long as the condition is met, Hardin can realistically go into any role, whether that’s stacking Spd and taking on skills that benefit from it, or even making him into a massive tank thanks to his base 36 Def and 32 Res. It’s really nice as anyone using him has plenty of options at their disposal.

Fun fact: Most armors can only move one space without skills. This is no exception to Hardin. However, generally speaking, there are plenty of options to improve his movement, whether that’s with positional assists such as Smite and Shove, or with Armor March and Armor Stride. However, the latter can potentially eat up his C Passive that could be used for other means.

Despite the solid refine, Hardin still faces competition from the likes of Brave Hector, who still outperforms Hardin in a plethora of ways. However, the built-in healing on each hit and the spectrum stats Hardin gets can at least make him stand out more, but only by so much, especially when they share the same rarity.

This set aims to capitalize on his great mixed bulk and his powerful distant counter weapon. The IVs also keep his 175 BST intact, allowing him to score very highly in the Arena.

The warding Breath skill patches up the resistance that the bane produces during the enemy phase as well as give the extra cooldown charge. WIth this setup, he'll get 2 special cooldown on both player and Enemy Phase thanks to the Warding Breath and Bold Fighter. This allows him to use Aether a lot more often, which gives him a source of healing to help keep the HP requirement for Quick Riposte 3.

The C skill should be a skill to give combat buffs. Ward Armor if you are putting Hardin on an Armor Emblem team. Another Drive skill if he is on a Mixed Team. The Seal is Quick Riposte 3 to allow for doubles on both Player and enemy Phase.

The Assist is somewhat flexible, but I like giving Pivot in order to patch up his low movement. Swap is fine too as it allows him some extra movement as well as to guard a teammate who is not a bulky. If Armor March is present, the Assist skill is even more flexible, but I would stick with a movement Assist skill.

+Atk -Res: Atk boon for max damage against other armor units. Res is a dump stat because the only magic damage heroes at 754 are the 2 Grimas.
• Slaying spear (+def) is for one-shotting Zelgius on counterattack, to prevent Black Luna proc.
• Dual Rally for scoring. Gradivus is optionally a score boost if the rest of the team lacks points.
• Aether for sustain, but mainly for scoring.
• Distant counter never gets used, it’s there for scoring.
• Bold Fighter guarantees doubles. Hardin’s 32 speed is alright for preventing doubles, so Wary is unecessary. Windsweep Legendary Robin makes Vengeful Fighter useless.
• Armor March gives mobility to the other armors on the team, especially because there are never positioning Assist Skills at this range.
• Panic Ploy almost always works because of the +5 HP from the weapon refine.

+Atk is his best boon, while his bane should be either defense or resistance, due to hp and speed being superbanes that knock him out of the 175-179 bin. Which defense bane to choose is up to you, but if running Warding Breath pick -res since the effect remedies the loss of resistance, same applies to Steady Breath.

Tank Build. Even though Bold Fighter and Gradivus work against one another, both can be used to suit offensive and defensive roles when demanded. Hone Armor primarily supports fellow armored allies, and Reposition puts a physical wall between allies and enemy units. 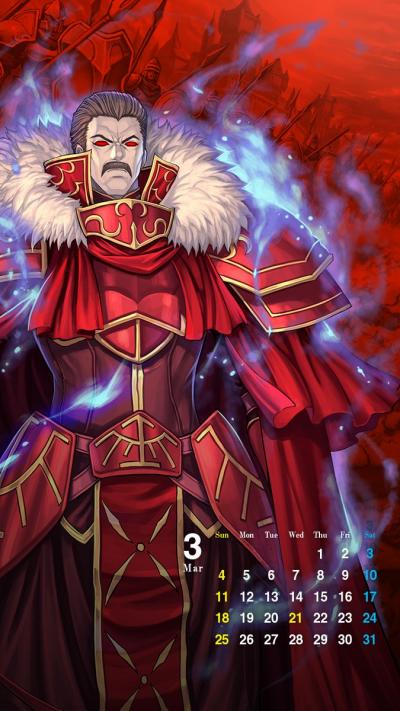