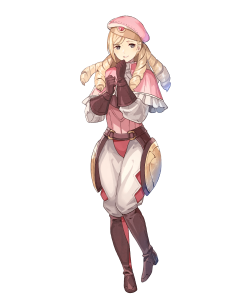 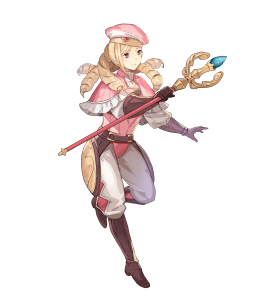 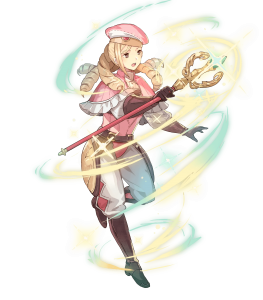 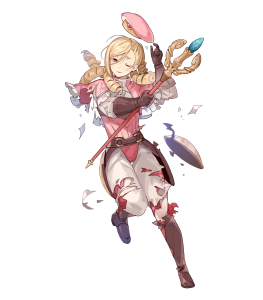 As a special note, though Forrest's base Speed leaves much to be desired, its superasset value brings it up to a much more acceptable defensive value of 30 across all builds.

So Dazzling That You're Dead (Visible Resistance / Passive Debuff Focus)

Forrest is notable for his Resistance, which stands at a fine base value of 35 as well as being his highest stat. Even without dedicated Resistance building, Forrest can be expected to tough out quite a few tome attacks. With the right skills and ally support, however, he can take repeated magical hits with a degree of impunity.

Forrest's Attack stands at a similar value to that of Mercedes, Brave Veronica, and Elise at a value of 32. It's not exactly amazing especially without a high Speed value to accompany it in the offense department, but it at least allows for sufficient damage and healing output overall.

Forrest's attack and healing range (if Physic is kept) is quite prized as he is in control of terrain five spaces around himself thanks to his cavalry status. Additionally, he provides and can benefit from skills exclusive to his movement type, including Hone Cavalry and Fortify Cavalry.

Much like Daddy Dearest, Speed definitely isn't Forrest's strongest suit. At a mere value of 26, Forrest's follow-up potential and follow-up avoidance opportunities are quite limited without specialized investment (and even then, it is an issue of whether that's worth it or not). As such, he is restricted to attacking once while getting attacked twice most of the time. Fortunately, he has a superasset in the stat, which puts his raw defensive Speed up to a more acceptable value of 30.

Low physical Defense is quite a shared characteristic among healers already, and Forrest pays no effort to distance himself from this common fault. Even efforts to ease this are quashed with the commonality of fast physical hitters, who also prey on Forrest's middling Speed.

As a healer, Forrest's deployment opportunities are already a bit limited as the majority of content is too fast-paced for him to strut his stuff. Even then, he can be a bit of a hard sell compared to others in his weapon / movement type. For instance, even with Speed investment, his statline is overall comparable to Priscilla and Clarine, both of whom technically faces less issues in combat despite lower defenses and Attack thanks to higher defensive and offensive Speed.