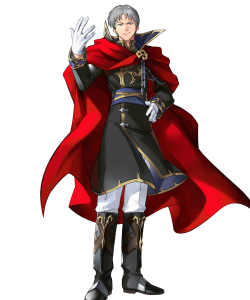 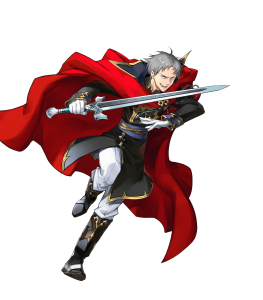 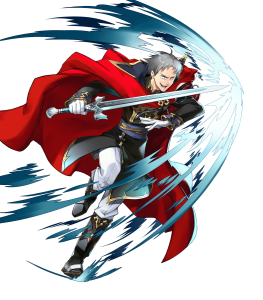 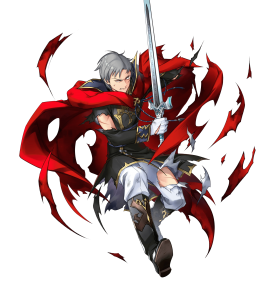 Passive A: Swift Sparrow 2 or 3

It cannot be understated how much of a threat the Venin Edge makes Kempf on AR Defense. Inflicting the counterattack negation status and 10 damage after combat to all foes within 2 spaces regardless of whether Kempf survives the combat or not makes him a massive threat on the foe’s Enemy Phase. The weapon also pairs amazingly with the newly released Fatal Smoke, which denies the foe’s healing Specials and prevents them from healing through their next action, leaving the foes afflicted easy pickings for Kempf’s team. Kempf can also work decently outside of AR as a passive damage dealer thanks to the Venin Edge, as his access to Fatal Smoke and passive damage coupled with the effect of the Flash staff is something Pain+ Staff users cannot replicate.

Although his Venin Edge gives him an additional 3 Defense, base 27 Defense and 26 Resistance are rather middling, and without the aid of skills such as Windsweep or buffs from allies, Kempf will struggle to take more than 1 hit from any source and especially strong attackers will likely KO Kempf in a single blow, leaving Kempf more vulnerable to being KO'd in his starting position on an AR Defense team than his contemporaries.

Less Potent outside of AR Defense

While Kempf is still a decent passive damage dealer in non AR modes, he leaves much to be desired when it comes to AR Offense, although cavaliers that do well there tend to be the exception rather than the rule(Hello Sigurd). In any case, Kempf is nowhere near as dominant in other gamemodes as he is in AR defense, which should be kept in mind if one wishes to build Kempf for general use.

The Prepper: the whole point is to make him a mobile Imhullu. It doesn't matter if he does much damage, the build is set up so that he survives his attack and lets your blade mage or such obliterate the rest of the team. He doesn't have much use the rest of the time so Reciprocal Aid allows him to heal a teammate.

This build is meant to capitalize on Kempf's unique weapon, Venin Edge. The addition of his sword allows him to be used in a similar manner to Elise or Azama. He is able to run into a crowd of enemies and deal large amounts of AoE damage after combat thanks to the double Savage Blow skills. While mediocre, his mixed bulk allows Distant Counter to work well since most archers and non-blue mages won't ORKO him, but will put him into vantage range. Miracle helps Kempf stay alive in cases where he isn't able to Vantage-kill in one hit. The Flash effect of his PRF is situational but can help teammates come in and clean up any units who were effected by it. As with most cavalry units, he is best used on a cavalry team with buffs to bring up his low BST numbers since being doubled can potentially shut this build down entirely.

Get nice and comfy get a S-Support with someone special and use your brilliant tactician skills to lead yourself for generations to come.

This build focuses on standing still next to a Support ally and and taking hits while dishing out good enough damage.

Stats after meeting conditions: 42hp/59atk/38spd/46def/45res
(WARNING: Build does not protect against wild Reinhardts)

Smite your allies into impending doom for the ultimate mind game. Use your amazing tactician skills to destroy the entire team my yourself. Bully Olwen.

Edit: Changed the B slot skill from Guard 3 to Sabotage Defense 3. God bless America and may God bless your day.

This build takes advantage of Kempf’s statline and prf to do massive chip to the entire enemy team while also being able to clean.

Blazing Wind doubles down on Kempf’s player phase chip damage output, helping him pick up kills that he couldn’t otherwise achieve in one round and helping his teammates break the bulky opponents who cannot retaliate due to Venin Edge’s Flash+ effect. While Moonbow and Luna can also be used on Kempf, Blazing Wind can be acquired from skill inheritance from the stupid, weak, incompetent Olwen, who has only gotten anywhere by riding the coattails of her overrated, baseborn brother.

Kempf can do the same per-turn chip damage as Pain+ Double Savage staff users when equipped with his base C slot Savage Blow and the the Savage Blow seal, but he also has a 16-might weapon and respectable attack meaning that he can actually do consistent damage in combat. Fury 4 helps him take his slightly-above- average attack and speed to eye-popping levels that let him serve as a capable duelist on top of his Venin Edge utility.

Fury 4 can also help Kempf get into Vantage range, and his solid bulk means that he isn’t threatened heavily by one shots from most red, green, and colorless units. Due to Kempf’s insane chipping potential, he can clean weakened teams on enemy phase, not allowing them to attack. An added bonus of Vantage is that Reinhardt has it in his base kit, meaning that you can sacrifice him to the far superior Friegan Mage General.

Reposition is good for scoring and for pairing the American Hero with dancers.