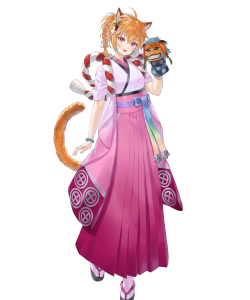 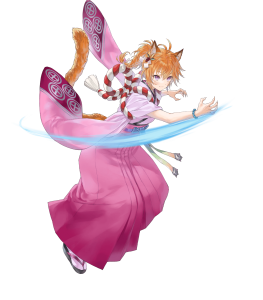 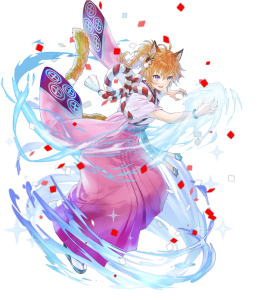 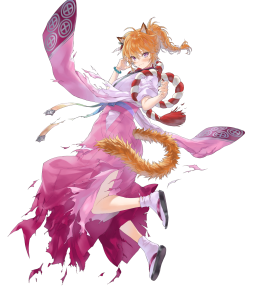 B Passive: Wings of Mercy / S/D Near Trace / Lull Spd/Def / Hit and Run

New Year Lyre has a fantastic offensive stat spread of 37/42 Atk/Spd respectively with a Spd superboon that can push her already high Spd to a base of 46.

And as if her base Spd wasn’t high enough as is, she gains a static +3 Spd from her PRF and an additional +6 Atk/Spd if the foes’ present HP is above or equal to 75%. This can allow her to start with a base Spd total of 55 if she has a Spd boon. That being said, even without the Spd boon, it’s going to be so high to the point where she can easily meet her other condition in the form of Flashing Blade 4 and increase her offensive pressure even more as a result. New Year Lyre also has her Beast Cavalry perks in the form of +2 Atk and Impact that inflicts -4 Atk/Def on the foe if she initiates combat, which will simply allow her to negate any doubles the foe might’ve had available.

Being a Beast unit means that New Year Lyre has to work around her team in order to be able to transform and get her beast effects going. You can simply run Dragon and Beast allies, but that limits the type of allies she can run, and in some cases, it may not be efficient or possible (E.G. Aether Raids). Thankfully, the only skills she is locked out of, if not transformed, is the +2 Atk and Impact she gets from initiating combat, so she can still perform fairly well even without them as her offensive prowess is rather good as is.