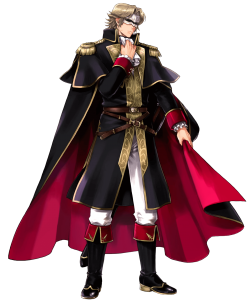 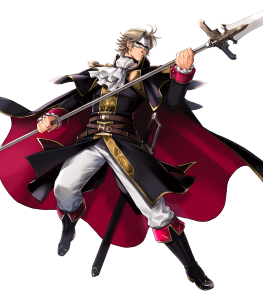 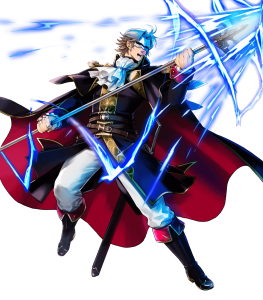 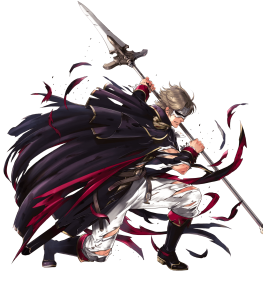 Camus? You Can’t Be Sirius. (Defensive)

As a Mysterious yet oddly familiar knight, Sirius enters the world of Fire Emblem Heroes as an incredibly powerful lance cavalier with solid stats and a powerful exclusive weapon. Sirius’s offensive spread of 34/37 is one of the best among lance cavaliers overall, only being surpassed by Brave Eliwood(albeit slightly). He also boasts an impressive Defense stat of 35 as well as good HP, making him quite durable for an offensive unit.

Sirius’s Sable Lance is also incredibly powerful, Granting him a +4 bonus to all stats when no adjacent allies are present in addition to a permanent Slaying effect. This weapon makes Sirius an incredibly powerful duelist, especially when combined with other Solo skills such as his innate Atk/Spd Solo. His exclusive weapon’s Slaying Effect also makes him a particularly effective user of Galeforce, as it allows him to activate it consistently with Heavy Blade every round of combat as long as he performs a follow-up attack, even against foes who cannot counter.

Sirius does possess a few downsides, however. His status as a cavalry unit denies him access to many powerful skills other movement types have access to in addition to making him weak to terrain and effective weaponry. In addition, Sirius’s Resistance is one of the lowest in the game at a paltry 16 base, leaving him easily KO’d by magical damaging foes. Despite these setbacks, Sirius remains one of the best lance cavaliers in the game thanks to his fantastic statline and powerful exclusive weapon.

The Sable Lance is an outstanding weapon, granting Sirius a +4 bonus to all stats when fighting next to no adjacent allies, in addition to the Slaying effect. This weapon makes Sirius a dangerous opponent when fighting alone, especially in conjunction with other Solo skills. It also allows him to activate powerful Specials much more quickly, especially in conjunction with the Heavy Blade Sacred Seal.

Sirius’s Statline is fantastic outside of Resistance. His Offensive Spread of 34/37 allows him to deal considerable damage and easily perform follow-up attacks, and his physical bulk total of 75 lets him soak physical damage with ease.

In addition to granting Sirius additional movement, his status as a cavalry unit also grants him access to cavalry buffs, making him a great fit in cavalry centric teams.

Sirius’s status as a cavalry unit unfortunately locks him out of many powerful skills, such as Time’s Pulse. Being a cavalier also incurs the harshest terrain penalties of any movement type and makes him vulnerable to effective damage, such as Micaiah’s Thani.

Sirius’s 16 Resistance is horrendous, leaving him unlikely to survive any form of magical damage at all. As such, Sirius should be kept away from all magical damage foes unless he can KO them safely.