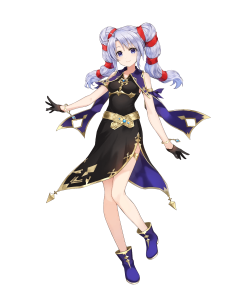 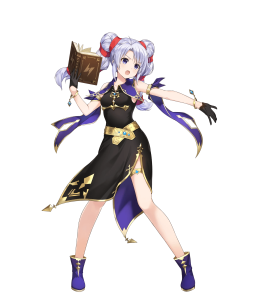 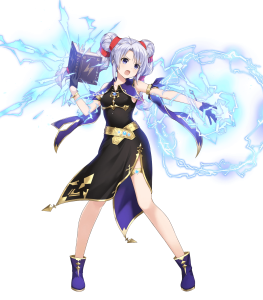 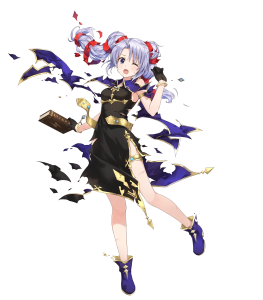 Fire Emblem Heroes doesn’t always do a great job portraying heroes the way they were in the game they came from but this weapon is perfect. Thunderer’s tome emulates the effect of Wrath by granting -1 cooldown and +7 damage on Special when missing any HP at the start of turn 4 (with the first three turns having this effect for free) with a significant Atk/Spd boost and the ability to ignore damage reduction skills as a bonus on top.

A nice even 42 Atk/Spd is more than enough to have a strong offensive presence.

With both Def and Res sitting at values of under 30, you would be advised against using Tine to tank more than a couple hits.