Arknights: What Happened to Blaze 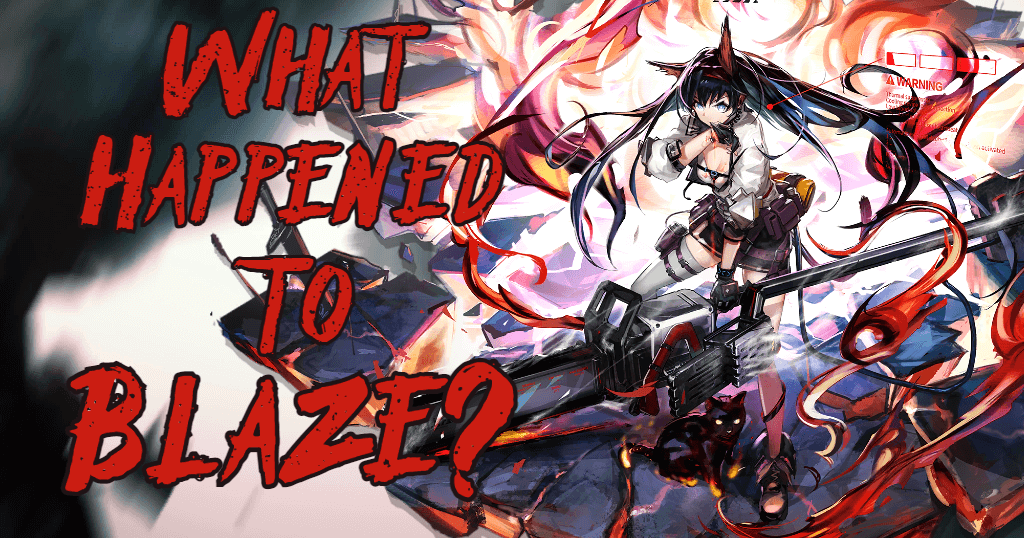 Once lauded as one of the most powerful Operators in the game, it’s been quite a while since the hype for Blaze has died down. There has clearly been a shift in how players regard Blaze’s spot in the meta, but how exactly has this come to be? What has changed in order to make Blaze fall off so harshly?

A product of her time

Blaze was released with the Enthusiasm, Expansion, Explosion banner, which coincided with the release of Episode 6 of the main story. This banner happened extremely early on in the game’s lifespan, barely six and a half months after the very first standard banner, which brings forth one of the first reasons why Blaze has fallen from grace: She was a product of her time.

Back then our closest fit for the now obvious role of a “laneholder” were Savage or Specter, neither of which provided the same degree of lane-clearing as Blaze, be it because of their lackluster power or their more support-oriented role. In this regard, Blaze defined what a laneholder would be from then on, at least in its most basic terms: a simple-to-use melee Operator capable of quickly and constantly dispatching smaller threats and even chipping away at tougher ones, making it difficult for most enemy formations to break through.

With essentially no competition for the role, Blaze quickly shot up the ranks as a simple, easy to use yet  powerful and versatile Operator who would fit and work quite well in any team against almost any stage. Despite lacking any self-healing capabilities, which we now consider paramount to this specific role, Blaze defined a new kind of Operator and role, and thus became the best at it.

As the game has evolved, however, the expectations for Operators have raised significantly. It is no longer enough that Blaze can hold lanes easily if she’s going to need any sort of support the moment any tougher enemies show up, especially considering how much of a one-trick pony she is. As the enemies become tougher and tougher and the stages demand more unique strategies, spending two, maybe even three deploy slots to hold a lane starts to look unappealing when you could use those slots to cycle burst Skills and achieve significantly more.

Another one of the reasons for Blaze’s downfall is the ever-increasing amount of competition she received over the months after her release. Whether you want to consider it a case of power creep is more questionable, but there’s no doubt that every single “laneholder” Operator post-Blaze has had a much more extensive kit, with additional options to cover significantly more cases.

Starting with Thorns, Blaze now had to cope with her comparatively lackluster range, lack of self-sustain and inability to hit air. These factors generally made it difficult for players to consider Blaze as a competitive option compared to the aforementioned Ægir, who could quickly dispose of weaker enemies before they became a threat thanks to his versatile range.

Not long after, Mudrock and Mountain were released back-to-back, both of which sported extremely powerful sustain abilities and didn’t need to wait for a long time to unleash their true power. These Operators also brought with themselves really powerful support abilities that let them duel targets Blaze would need help against, without sacrificing any of their damage. While vastly different in overall usage, these two Operators continued the trend of flashier, more versatile laneholders, and pushed Blaze even further out of relevancy.

This design philosophy for laneholding Operators has held until today, going as far as to give otherwise unrelated Operators the ability to transform into laneholders (such as Kal’tsit) and even releasing a generally better version to almost anything Blaze has to offer with Gavial the Invincible. Even looking at our future, Operators like the as of yet unreleased Chong Yue seem to be following a similar design pattern of laneholding “plus”.

In a way, comparing Blaze to the other popular laneholders in the current meta seems kind of cheap for an explanation of why she’s “falling off”. Her kit is too simplistic to compete with the rest of them, but what is it about Gavial the Invincible that makes her so much better?

The evolution of Arknights does not simply pass through each archetype, delivering some semblance of powercreep one Operator at a time. As the game progresses, events are made more intricate, many of the basic roles Operators are built to fulfill are challenged and, most importantly, the circumstances from which we judge Operators are also bound to change.

As I previously hinted at, higher levels of play tend to revolve about cycling and/or stacking bursts of damage rather than simply “holding the lane”. Even the more consistent, quicker-cycling Skills that we use do serve the purpose of cycling in and out of waves, activating effects when the truly worrisome enemies show up. It is in this aspect that Gavial the Invincible is a step above Blaze in terms of laneholding.

Gavial the Invincible simply fits better into more modern team compositions, where the powerful bursts of damage are toned down from their really long cycles of pure burst (think Silverash or Eyjafjalla) into more manageable, more focused ones with snappier cycles (think Horn or Kal’tsit), which don’t leave much use for an Operator with a decently strong, “always-up” Skill in comparison to a very strong, wave-cycling one. This concept of cycling Skills for waves, brought to its extreme, results in the almost 100% uptime combination of Gavial the Invincible and Młynar, againt which Blaze simply can’t compete no matter what support she receives.

Blaze is no longer the prime laneholding goddess she was once regarded as, and generally does not hold up when compared to laneholders released further into the game’s lifespan, but comparisons aside, how does she perform with the current state of the game?

Unlike how other Operators slowly but surely get outscaled by newer content, Blaze remains strong enough to still be a fine option if you lack anything stronger. Even if she may need support that Mudrock doesn’t, even if she needs a couple more hits to down regular enemies than she once used to, Blaze still works.

Future Modules for Centurion Guards may give Blaze some fresh buffs that may result in new usage cases, but her kit is too simple in comparison to other laneholders to remain competitive with just a few numerical buffs. Unless she gets an insane Module Upgrade system like Rosa has, it’s unlikely that she’ll resurface as a “meta” option anytime soon. 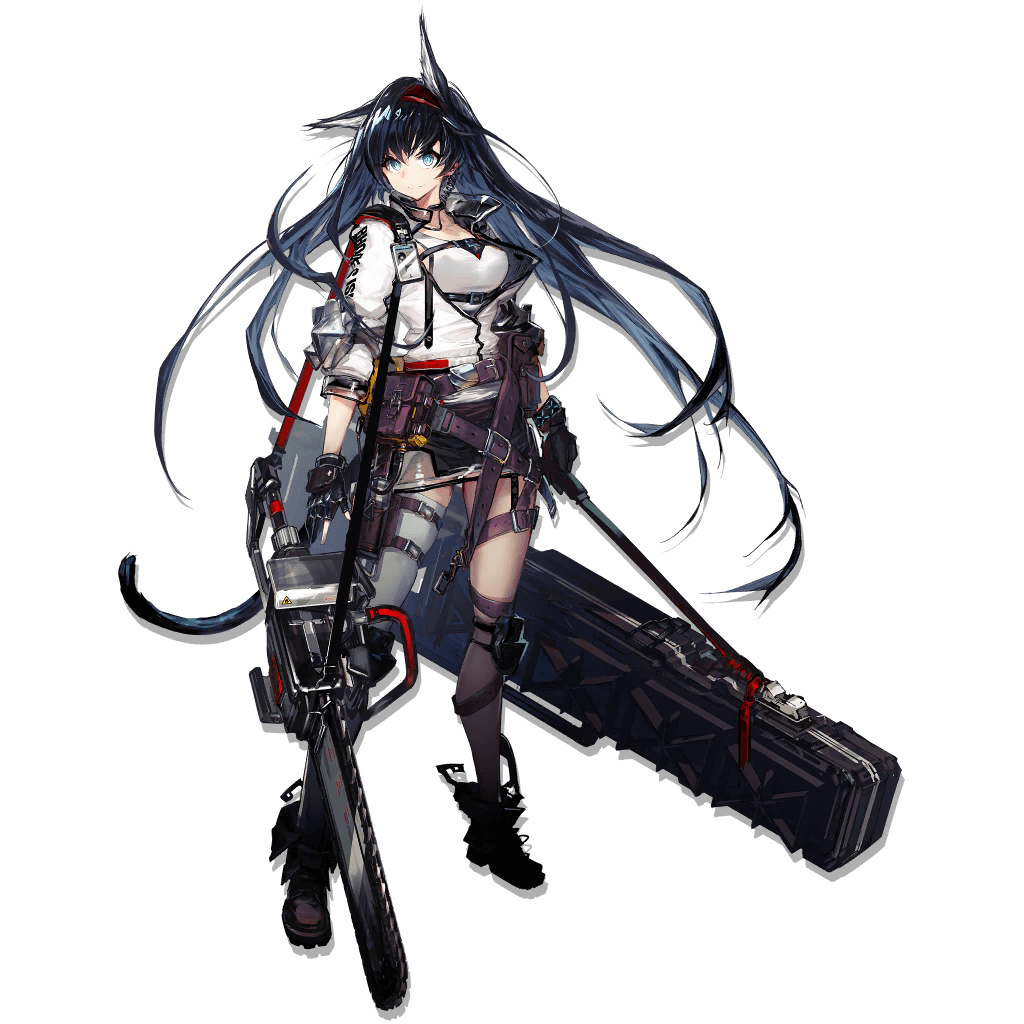