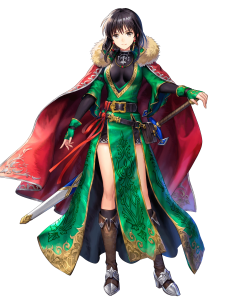 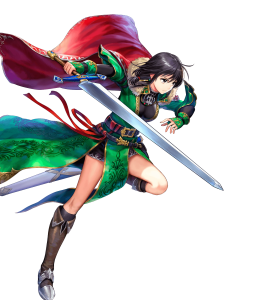 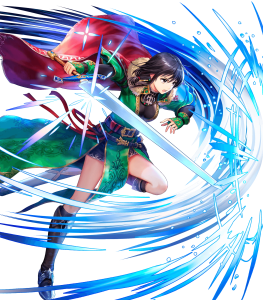 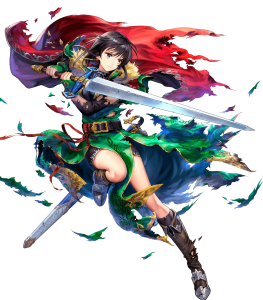 Flash of the Freeblades (Galeforce)

Passive B: Wings of Mercy / Windsweep

Because she is a Gen 6 Melee Infantry unit, Mareeta has a sky-high 182 BST. As it’s difficult to mess up a statline with so many stat points to play with, Mareeta’s statline is naturally excellent, with high damage output via 40/43 offenses and respectable physical bulk via 40 HP and 34 Def.

Having learned the art of Astra from “Shannan,” the Sword of Stars replaces her eponymous weapon for Ascending Blade, which is what may as well be a direct upgrade and then some.

Like Mareeta’s Sword, Ascending Blade grants -1 Special cooldown, in-combat buffs to all stats, and Null Follow-Up. However, the latter two effects are locked behind a lenient ≥ 25% HP condition, while for Mareeta’s Sword, they are locked behind not being adjacent to any allies, which can be particularly difficult to achieve if Wings of Mercy chaining for Galeforce strategies and/or relying on allies for supportive effects. Ascending Blade also grants Mareeta -1 Special cooldown on turn one and after every combat.

With follow-up control, constant Special activations, and stat increases, Ascending Blade is a package deal, providing Mareeta with significant offensive and defensive advantages. If using a two-cooldown Special (such as her base Vital Astra, which provides Spd-based damage reduction and additional damage), Mareeta can also shrug off Guard effects, as her Special will always be ready anyway.

Infantry units have access to powerful skills that boost their offensive and/or defensive capabilities. These include Mareeta’s native Vital Astra and Spurn, in addition to others such as Null C-Disrupt and Time’s Pulse.

The combination of Ascending Blade and Vital Astra puts Mareeta in a rather unique position. With Null Follow-Up in the former and damage reduction in the latter, she has a variety of B Slots to choose from that can fit her into different roles.

The advent of Near Save and Far Save has come with the decline of Infantry superunits, as specialization is preferred. While Mareeta’s aforementioned Vantage superunit playstyle is both rare and effective, players may still prefer Savior units anyway due to their safer, less risk-prone playstyle. As for Galeforce, only having two movement and no Canto effects can be difficult to work with; however, this is not a problem if Mareeta is a Wings of Mercy user rather than enabler, and if she is the enabler, she can grant herself +1 movement with her native Even Tempest for better mobility.

Mareeta’s versatility should not be understated—she performs admirably in both Player Phase and Enemy Phase, so she can be slotted into several team types despite a hostile meta.