Community Posts with Keyword Aversa All 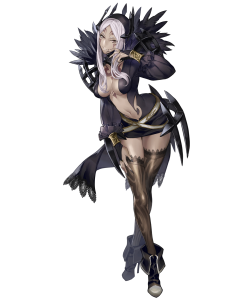 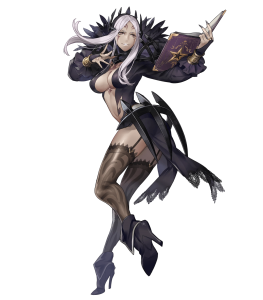 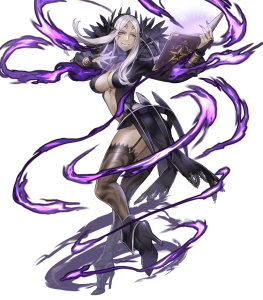 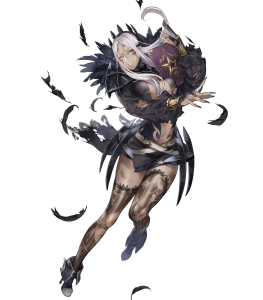 Aversa’s Night builds on its previous ability with the new refine, now targeting all foes adjacent to another foe with HP at least 3 points below Aversa’s HP. It inflicts the Panic status, turning visible stat bonuses into penalties, as well as inflicting an additional visible debuff of -4 to all stats. In addition to this, in combat it debuffs the foe’s Atk, Spd, and Res by an additional 4, and an additional amount equal to the current visible stat debuff on each of those three stats. This allows Aversa to inflict huge drops in her foe’s stats, especially if they were under the effects of a buff from a skill like Rally Atk/Spd+ or Atk Tactic.

Aversa’s base 33 Atk and base 34 Spd are solid, allowing her to deal decent damage and gain follow-ups against slower foes.

Aversa’s status as a flying red tome unit allows her to use some good skills like S/R Far Trace and Ground Orders.

Aversa’s base 17 Def is rather low, and means she takes high damage from physical hits.

Ranged flying units have somewhat limited access to skills that make them effective in combat compared to other movement types. While there are a few worthwhile options, Aversa does not have access to powerful skills such as Null Follow-Up or Flow Guard that other unit types do, and her combat suffers in comparison for it.

The new effect of Aversa’s Night (+Eff) provides a debuff effect that can be used to support Aversa’s teammates, as well as an in-combat effect for her. While this does improve her combat significantly, it also means she has to decide between using skills that improve her support ability, like boosting her HP to target more foes with the debuff or Ground Orders for team mobility, and skills that would improve her combat like Swift Sparrow 3 or Spd/Res Rein.

Aversa competes with many other units for a slot on a team, including units with generally stronger support effects like Elimine or Flayn, and those with better combat like Valentine’s Chrom or Legendary Lilina. While her mixture of a support debuff and combat that scales off of her own debuff is relatively unique and can be a good choice on the right team, there are better options for both individual roles that players may have access to.