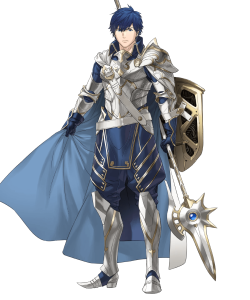 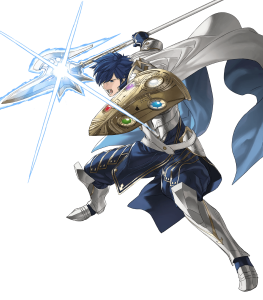 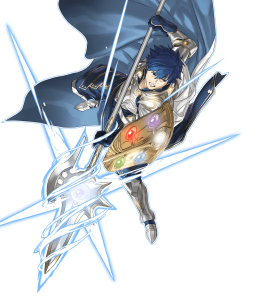 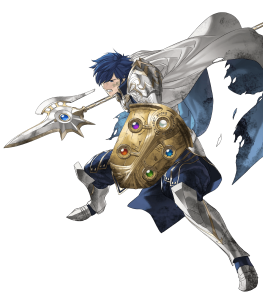 I Can Now Stop This Thing! (Damage-Focused)

B Passive: S/D Near Trace

To no one’s surprise, Brave Chrom has a bunch of effects in his weapon, so let’s summarize them real quick:

The Slaying effect coupled with the accelerated cooldown he gains per attack means that he can consistently output a fair amount of damage as, even with Guard effects present, he can always guarantee a three-cooldown Special going off. Moreover, the Armor Effectiveness built into his weapon can allow him to take down some of the more bulky foes in the game, and with 40% Damage Reduction on the foe’s first attack, he’ll have an easier time securing kills as they’ll be less likely to retaliate with an OHKO. Beyond that, he can stack his stats to a significant degree if the team composition calls for it as he can copy their visible bonuses thanks to A Fate Changed!. Speaking of which…

Similar to the likes of Legendary Chrom and Duo Chrom, Brave Chrom also has an assist that grants him an additional action but with the added twist of being able to copy any visible bonuses that the targeted ally has at that moment. This can range anywhere from gaining Null Follow-Up, to gaining additional movement, or even Fallen Star… Yep. That’s possible.

Due to his status as a Cavalry unit, he’ll have a massive threat range to work with and when coupled with skills such as Near Trace, Brave Chrom can improve upon his longevity by running away from foes that would otherwise be able to attack him. Moreover, thanks to A Fate Changed!, he’ll be able to move six spaces, assuming there aren’t any terrain restrictions, and if he uses that assist on a unit with a movement buff, he’ll gain even more movement capabilities.

Heavily Reliant on His Assist

For Brave Chrom to, at minimum, gain the Null Follow-Up effect during his turn, he’ll either need to use his assist on an ally that has the effect visibly or run other skills and support such as Flows or Fallen Lilith. However, the latter comes with an opportunity cost as running a Flow skill will remove his ability to use Near Trace, and running Fallen Lilith takes up a team slot that can be used for other units. On another note, he won’t function too well on Aether Raids Defense since Isolation effects will prevent him from using his assist. Beyond that, it shouldn’t be too big of an issue but make sure to be conscious of your positioning as it may not be possible to use his assist in some scenarios if you're not careful.

As coveted as the ability to copy visible bonuses from an ally is, it feels rather limited in scope due to how few options there are to work with outside of Null Follow-Up and additional movement. This isn’t to say that there aren’t many effects he can’t take advantage of but rather what he himself can gain from using his assist is finite as many of the other bonuses he can copy are either already able to be applied to him without the need of his assist, whether that’d be Dragon Effectiveness from Naga, Bonus Doubler from Legendary Eliwood or Astrid, the latter who can also provide additional movement, or Resonance: Blades / Resonance: Shields from Askr, just to name a few, or have niche applications, take too much set up, or won’t improve his overall performance to any significant degree outside of stat boosts.