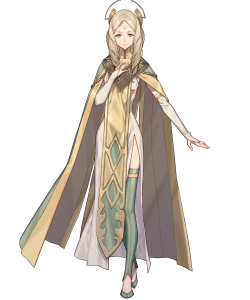 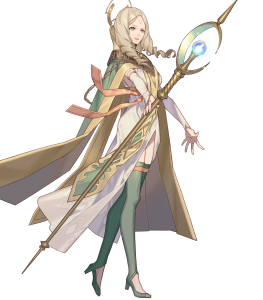 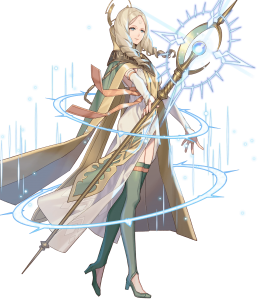 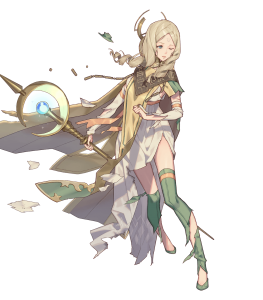 Redemption of a Fallen Grace (Offensive)

Sitting at an unusually high 43, Emmeryn can usually survive at least one attack, physical or magical.

Emmeryn’s offenses are some of the strongest for Infantry Healers, sitting at 32 Attack and 34 Speed. Along with having the potential to be a potent offensive force, she can also heal more HP, as healing Assists scale based on the Healer’s Attack.

30 Resistance allows Emmeryn to have a solid 72 magical bulk, which can potentially be enough to survive multiple magical attacks.

As a Healer, Emmeryn can become a great support unit. Emmeryn has a myriad of weapons and healing Assists to select from. In addition to attacking (for damage and/or debuffs) and healing, Emmeryn can take advantage of her high HP and decent Resistance to use skills such as Sudden Panic and Sabotages to further support her allies via Panic and debuffs respectively.

Although Emmeryn has a noteworthy 43 HP, her low 23 Defense leaves her with an unimpressive 65 physical bulk. While she may be able to endure a physical attack, surviving more than 1 is unlikely.

While being an Infantry unit allows Emmeryn to use skills such as Bonus Doubler, Emmeryn also lacks access to skills such as Null Follow-Up, Null C-Disrupt, Fury, Life and Death, and Swift Sparrow.

Lack of personal weapon; inability to stand out

Unfortunately, Emmeryn doesn’t have a weapon to call her own. While her solid 32/34 offensive statline allows her to shine a little bit, it’s still not a large gap from competition such as Brady (33/32) and Mercedes (33/30).