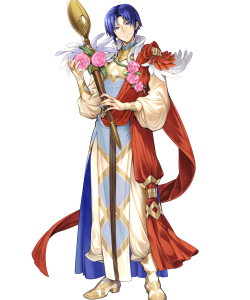 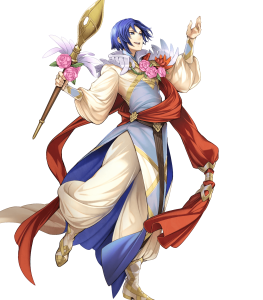 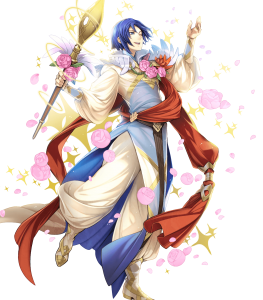 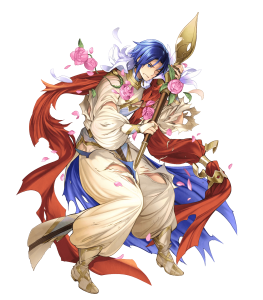 The Wrathful/Dazzling combination is extremely potent offensively, and giving staff users access to drawback free Firesweep weapons that deal magic based damage makes them dangerous to take on during Enemy Phase without Null C-Disrupt, which is typically overshadowed by Null Follow-up due to the omnipresence of automatic follow-up attack juggernauts such as Duessel, Legendary Sigurd, and Fallen Edelgard who are difficult to stop without it(or in the case of Fallen Edelgard, difficult to stop even with it).

Saul has a combination of decent Attack and Speed as well as high Resistance, giving him a good baseline for dishing out damage and tanking magic-based hits.

Saul’s 16 base Defense makes him unlikely to survive physical attacks unless they’re coming from Anna. Most competent physical attackers will have no problems KO’ing Saul in one hit, with or without effective damage.

Saul’s status as a cavaliers is a massive boon, giving him fantastic threat range to abuse the Wrathful/Dazzling combination with. However, this comes at the cost of a weakness to effective weapons, all of whom can either KO Saul in a single hit or damage him heavily.