Community Posts with Keyword Jamke All 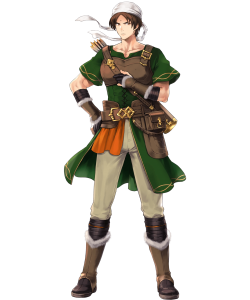 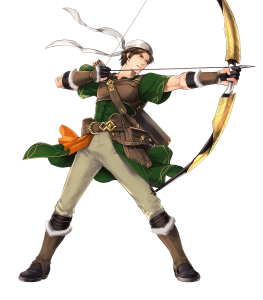 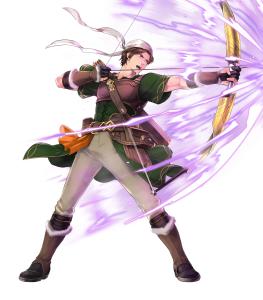 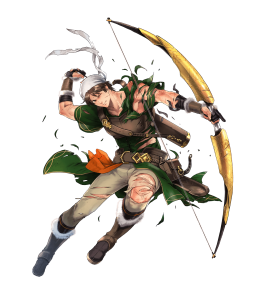 Thanks to his high base Attack of 36, Jamke is a perfect fit for a standard Brave Bow set. This build is reasonably cheap to obtain (with the exception of Chill Def) and will perform well against the vast majority of units in the game. This set is designed to have Jamke initiate into foes, triggering a fast-charging Special and allowing him to maximize his damage over one turn.

The Brave Bow is the  ideal weapon for Jamke, allowing him to strike twice while ignoring his average Speed. The rest of the skills chosen in this build are done so to complement the Brave Bow’s special two-hit property. Death Blow applies twice to Jamke’s attacks and gives him a large boost in raw damage. Chill Def is the same, but it balances its unwieldiness with the ability to debuff foes for allies. Glimmer is the Special of choice, but if you’re swapping in Cancel Affinity for Chill Def, Moonbow becomes the stronger option. Quickened Pulse lets Jamke trigger either Special in the first Attack. Heavy Blade has the same effect, but may not trigger depending on the foe’s Attack stat.

Finally, his Assist and C slot skill depend on the kind of allies Jamke has. Draw Back and Atk Tactic are great choices if he’s paired up with other offensive units. Draw Back lets Jamke retreat allies from harm’s way and Atk Tactic provides powerful buffs. However, Rally Def/Res and Spur Def/Res are excellent choices when alongside tanks such as dragons or armored units. He can make good use of Odd Atk Wave, but doing so will limit his opportunities to attack.

With his default weapon, the Slaying Bow, Jamke can function well as a unit within Arena Assault. His high Attack means he can slay Fliers with ease, and being colorless helps a great deal in making him reliable in this regard. This set’s purpose is to eliminate Fliers as well as other threats as determined by Jamke’s B slot skill.

Slaying Bow is the weapon of choice, allowing Jamke to have a Special immediately ready when the match begins (in conjunction with Quickened Pulse). His bow is best when refined with Attack, although Speed can help him in a few situations and is just as good as Attack if Jamke carries Fury. Moonbow is superior to Glimmer as it lets Jamke chunk non-Fliers much more strongly than Glimmer. The latter is still a good alternative, and is great in PvE modes where enemy Fliers have inflated HP.

Death Blow is Jamke’s best bet offensively, and works well even at level 3. Fury is a decent choice, giving Jamke some much-needed Speed and making him harder to KO with Distant Counter. Jamke’s B Slot skill is entirely dependent on preference, but Swordbreaker will let Jamke double and KO high-Speed swords. Bowbreaker lets him beat a different set of enemies, and Cancel Affinity helps Jamke out vs. rare Raven tome users.

Draw Back is great for adjusting team positions on the field and keeps Jamke safely behind someone when used. But a Rally Skill such as Rally Def/Res lets Jamke support allies with defensive buffs, making him useful even when he’s not directly attacking. Hone Atk is a cheap and effective C slot skill that lets Jamke boost the power of nearby allies.

Solid base Attack of 36.

Jamke’s signature strength is his great base Attack stat of 36. It makes him a excellent choice for a Brave Bow build when coupled with skills like Death Blow, and also means that Jamke scales well when hitting Fliers due to the 1.5x Attack multiplier. His Speed is only 32, meaning Jamke relies mostly on his Attack to finish off foes.

Fairly good Defense for an Archer.

Jamke is one of a handful of archers with decent defense, and at 29 he can boast being able to tank some strong physical hits. He’s also got a reasonable base 38 HP to round out his physical Defense. He’s got enough bulk to Attack tanks and survive their counterattacks, but will have to watch for fast-charging Specials like Glimmer and Moonbow.

At base 17, Jamke has an abysmal Resistance stat. He finds it incredibly tough to tank hits from magical units, and those with enough Speed to get a follow-up Attack will easily KO Jamke. He is also very susceptible to Ploy skills, sometimes wielded by high-Resistance fliers or mages. However with his Brave Bow set, Jamke can initiate combat into mages and KO them before they can counterattack.

Jamke is your best free to play infantry archer for several reasons, he gains extra points in HP, Attack AND Speed from his first merge which rivals several other bow infantry's offense stat when they're +10. He also has better HP and Def compared to Bride Cordelia, which means he can take hits a lot better than she can when faced against distant counter fighters. Since he can be summoned with heroic grails his availability is already superior compared to Legendary Alm and Bridal Cordelia.

With the Bouquet Bow+, he can know use swift sparrow , and more reliably double. With that he can use desperation more effectively. With Heavy Blade he can activate two turn specials(Moonbow/Glimmer). With Even Attack Wave he can get more attack and activate Heavy Blade. Overall, the Bouquet Bow+ helps Jamke’s Desperation Build, with the only drawback is he loses the slaying from the slaying bow. For Arena you might want to use Aether and Rallies instead for a higher score in Arena.

If you had a Jamke +2 merged. You'd have quite a strong unit if you invest enough into said unit

Any sort of high res,attack and speed Mage like Linde,Delthea or Ishtar can be his wall against mages as if they get to close,especially raven tomes,they can either decimate him or take a huge chunk out of his health

High speed,high attack red sword units like Ayra and Mia are also very viable as they can also sweep threats for Jamke as long as they are not blue units.

A:Fury to boost his stats

B:Vantage to get a lucky kill,though desperation might be more viable working with fury

C:Threaten def to cripple enemie' defence or to lower it just enough so that it's a OR/OHKO

Assist:Reposition as it's the best assist skill in the game

Special:Draconic Aura as Jamke's mighty wallop of damage can be brutal with it.

Overall,this build can be viable. But it does need quite a bit of support to let Jamke wreak havoc on his enemies. This build is like an infantry B!Lyn pretty much.

An easy to build budget Jamke for TT if you don't have any other bonus units.

Slaying Bow is a pretty solid weapon so it doesn't need to be replaced. Draw Back is a decent movement skill, but could be swapped out for almost anything else like Reposition, Swap, or Shove. I'd say Glimmer or Moonbow would be best for his special since they both have low cooldowns. Heavy Blade is a great skill and comes with Jamke's base kit. Sword Breaker is a great way to give Jamke some combat advantage without having to invest much. Then you can use Drive skills like Drive Spd and Drive Atk to have Jamke boost some of yyour more powerful units.