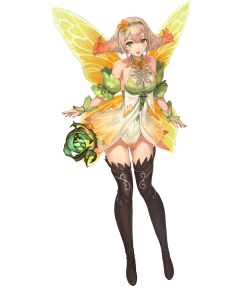 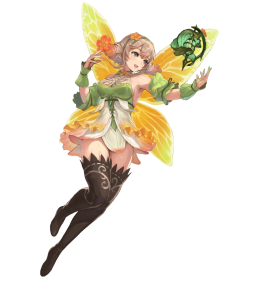 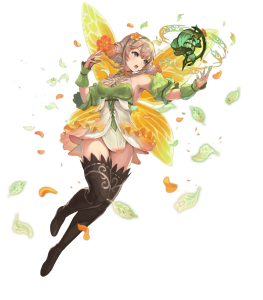 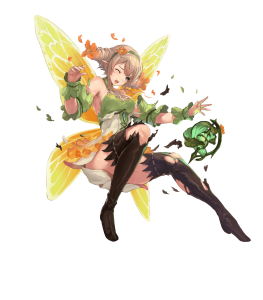 While she may certainly benefit from receiving IVs for further stat specialization, Peony can work perfectly fine with a Neutral IV set given her primary role as a support unit. This is worth taking into consideration as the free copy obtained through story progression will always be neutral.

Dream a Little Dream of Me (Full Support)

Through the combined power of her unique Assist skill and access to excellent mobility-based skills as a flier, Peony finds herself boasting undeniably powerful potential as a support unit. Since she should rarely be engaging in combat with this build, her chosen IV set doesn’t matter all that much — anything can work here. That being said, a +SPD IV remains a great option if available to lessen Peony’s chances of being doubled.

In contrast to the first build, this set takes a far more offensively oriented approach to Peony’s intended playstyle and focuses more on her ability to act as a capable frontliner, aiming to capitalize on her surprisingly solid offensive statline and access to flier strengths. Accordingly, as she will be actively engaging in combat, her choice of IVs will be much more important here. A +SPD IV is ideal to secure follow-up attacks much more reliably, but +ATK is a good second choice to increase her raw damage output. However, despite the slight shift in focus, Peony’s top priority remains supporting her allies; this means that maintaining a balance between offensive and supportive play will be crucial to maintain maximum efficiency.

A light fairy hailing from the mysterious world of Ljosalfheim, Peony: Sweet Dream joins the Order of Heroes as a blue mage flier -- but moreover, the second Light Mythical Hero to be introduced thus far! Her status as such immediately grants her immense value for those who aim to maximize their scoring potential in Aether Raids Offense, with the accompanying stat boosts she provides (HP +5 and Speed +5) being quite nice as well. However, besides this attribute, Peony’s most significant selling point lies in her unique Assist skill: Gentle Dream.

Gentle Dream draws inspiration from the most powerful aspects of being a flying refresher -- the ability to grant an ally another action on top of providing valuable mobility-based for increased offensive power -- and combines it into a single skill. Not only does this skill retain the typical refreshing quality of Dance and Sing, but it also applies two potent boosts on her target AND any ally within her or her target’s cardinal directions: a +3 field buff to all stats and a temporary movement status that enables affected units to teleport to any space next adjacent to allies within 2 spaces. The result is a massive improvement to her affected allies’ maneuverability in the Player Phase and is arguably more effective than a simple +1 movement in certain cases, as it allows her allies to easily traverse terrain (such as trenches and water) that they would have been unable to otherwise. This is not to mention the fact that unlike Legendary Azura’s Gray Waves, this buff is not restricted to units of specific move types.

Combined with the long-distance buffs she can provide via Flower of Joy and the ability to equip skills like Aerobatics as a flier, Peony packs an incredible amount of utility into a single unit. However, she is not a unit without flaws, with most of her weaknesses stemming from her relatively unimpressive performance in combat. While her offensive statline of 31/36 is quite reasonable for a refresher, she can still struggle in establishing a notable offensive presence and is quite susceptible to incoming enemy attacks; archers are especially troublesome due to her inherent weakness against them. One can try to mediate this by investing more into supplementing her combat prowess (such as by equipping her with a Blade tome), but this comes with its issues of sacrificing some of her supportive potential in return.

Ultimately, though, this is collectively only a minor detriment compared to the sheer amount of utility that she brings to the table. Being able to grant an ally another action is already powerful, but through the unique mechanisms of Gentle Dream combined with her advantages as a flier and Mythical Hero, Peony finds herself in an exceedingly advantageous position as one of the strongest and most valuable support heroes around.

While not necessarily as vital to her kit as Gentle Dream, Flower of Joy remains a great exclusive weapon that allows Peony to provide solid buffing support to allies across even the farthest of distances.

Peony’s exclusive Assist skill, Gentle Dream, is undeniably powerful and acts as a vastly improved version of Sing and Dance. In addition to refreshing a target ally, it provides a solid +3 Atk/Spd/Def/Res buff and unique Ground Orders-esque movement status to her target AND any allies within her or her target’s cardinal directions. Since these effects can be applied to any ally (potentially all of them with careful positioning, Gentle Dream makes Peony a wonderful asset to virtually any team composition willing to have her.

As a Mythical Hero, Peony can grant special stat boosts (+5 HP and +4 Speed) to any ally equipped with a Light Blessing in Aether Raids and can increase one’s Lift substantially during her season. Furthermore, since she also doubles as a refresher, she more than proves deserving of a slot on a team; her supportive capabilities lend themselves especially well to certain Player Phase strategies in Aether Raids Offense, such as Galeforce-centered setups.

Peony’s status as a flier allows her to equip useful mobility-based skills such as Aerobatics and Flier Formation to further bolster her team’s effectiveness, in addition to granting her access to class-exclusive buffs. However, do note that skills like Guidance and Ground Orders are rather redundant on her due to the movement status Gentle Dream grants.

Peony’s relatively good base Speed of 36 allows her to avoid enemy follow-up attacks with great facility, especially when capitalized on with the proper IV set and support. This also lets her run offensively oriented builds to a general degree of success if so desired, though this comes at the cost of weakening some of her supportive capabilities.

Peony’s underwhelming bulk makes it difficult for her to take on any form of sustained offensive pressure, making it necessary to keep her out of harm’s way in the Enemy Phase and that she limit her interactions with enemies for general purposes.

Due to her flier status, Peony faces a serious weakness to opposing archers; coupled with her poor bulk, such foes must be handled quickly to safeguard her longevity.